Joe and Karen Minchelli were ready for a Saturday night out on the town – 1920s style.

Karen was resplendent in a sequined flapper girl dress accented by a feather boa, black opera gloves, a bejeweled head band and a slender cigarette holder.

The married couple from Cape May Court House appeared straight out of “The Great Gatsby.” All they needed to make their Roaring Twenties fantasyland complete was a classic car.

And there it was, a 1926 Ford Model T Touring Car convertible that is one of the rarest automobiles in the country.

“They are very rare. Less than 100 of them exist in the United States now,” Joe Minchelli explained.

Gleaming in the sunlight on a spectacular September morning, the black Model T owned by the Minchellis was among 110 vintage cars that lined the grounds of the Ocean City Tabernacle and later paraded on the Boardwalk for a head-turning spectacle.

They were part of the Ocean City Classic Car & Street Rod Show, a 45-year tradition held annually the weekend after Labor Day. The car show is part of the city’s lineup of special events to attract visitors to town following the unofficial end of the summer tourism season.

“This kind of extends the season,” said Michael Allegretto, the city’s director of Community Services. “Today, there’s literally not a cloud in the sky. So combined with great weather, this event certainly gets people to come down here.”

The car show featured antique autos and trucks from virtually every era up to the 1980s. All of them were 1989 and older.

Joe Minchelli said car shows and parades are the perfect way to showcase his car, which he bought two years ago for $8,500 and now values at around $30,000. He and his wife dressed the part to bring even more attention to their car.

The Model T remains in its original form, including its 26-horsepower engine that produces a leisurely top speed of 35 mph. There are only two forward gears, low and high speed. There’s also reverse.

The Landgrafs said the car show will be one of the highlights of their weeklong vacation in Ocean City. The Model T was one of their favorites.

John Landgraf said he appreciates that so many car lovers devote so much time and money to save classic autos.

“It takes a lot of work, a lot of money and a lot of dedication,” he said.

Doug and Janice Keyes, of Seaville, know how much dedication it takes to maintain a classic car as well as anyone.

They own a 1928 Chevy two-door coupe that glistens in a bright red paint scheme. They found the car online 10 years ago when it was in Long Island, N.Y., and bought it for $14,000.

“I’m a jet mechanic by trade and I always like to work on things. I’m always working on this car,” Doug Keyes said.

Emphasizing the financial commitment of owning a vintage car, Janice Keyes jokingly referred to the 1928 Chevy as a “money pit.”

“It’s just like everyone else with old cars,” she said.

But would they ever consider selling their classic Chevy?

“Our kids would never let us get rid of it,” Janice Keyes exclaimed, laughing. 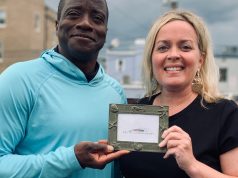 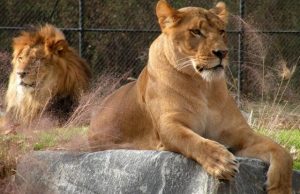