Ocean City was founded by Methodist ministers in 1879 as a “dry” resort town that bans the sale of alcohol. Now, the city wants to ban the sale of marijuana in the aftermath of New Jersey’s legalization of cannabis last month.

The measure would ban marijuana facilities within one-quarter mile of a school, church, recreational or sports facility, the Boardwalk and any residential area. It would effectively outlaw businesses from selling marijuana, hashish or pot paraphernalia in all parts of town.

“The Mayor and City Council believe there is no area of the city which can safely house a business selling marijuana, cannabis or hashish or the paraphernalia that facilitates use of the same,” the ordinance says.

The ordinance is scheduled for a public hearing and final vote at the April 8 Council meeting. It will also be reviewed by the city’s zoning board to make sure it is consistent with local zoning laws.

There was little discussion Thursday night during the ordinance’s introduction. However, the Council members joined with Mayor Jay Gillian at the governing body’s Feb. 25 meeting to strongly denounce the state’s legalization of recreational marijuana, saying it was nothing short of “insanity.”

“It’s just ridiculous. I just can’t fathom this,” Gillian said at the Feb. 25 meeting amid unanimous agreement from the Council members.

At one point, Gillian bluntly added, “This disgusts me.”

On Feb. 22, Gov. Phil Murphy signed three bills to legalize pot for adults 21 and older and to decriminalize it for people under 21.

From the start, Ocean City’s Council has objected to marijuana’s legalization, passing an ordinance in 2019 to ban the sale of pot in a town that bills itself as “America’s Greatest Family Resort.” At that time, the governor and state Legislature were discussing the possibility of legalizing marijuana.

As a “dry” town, Ocean City has banned alcohol sales since its founding as a Christian resort.  The ban on alcohol sales is a centerpiece of the city’s image as a safe, family-style summer vacation retreat.

Council members have expressed concerns that the city’s family-friendly reputation could be harmed if marijuana is sold in town and people simply begin smoking pot in popular tourist areas, such as the Boardwalk.

Murphy and other marijuana advocates say the drug’s legalization in New Jersey will end the injustice of blacks being arrested for possession of pot at higher rates than whites.

During Thursday’s meeting, an official with a labor union that represents cannabis workers urged Council to reconsider its proposed ban on marijuana sales. He said the cannabis industry will be a critical source of jobs for New Jersey workers in years to come.

Hugh Giordano, a representative of Local 152 of the United Food and Commercial Workers Union, also asked Council to allow the sale of medical marijuana at Ocean City pharmacies.

Two New Jersey residents who live outside Ocean City made similar appeals to Council. Both of them said they use medical marijuana and would like to have a pharmacy or cannabis dispensary they could stop at when they visit Ocean City.

For the first time since Nov. 5, members of the public were allowed to attend the Council meeting, which took place in the Ocean City High School auditorium. Only about 20 people were in the audience, and they were required to follow COVID-related social distancing regulations. The meeting was also carried on Zoom.

At times during the meeting there were technical difficulties and members of the public wishing to speak on Zoom could not be heard. During a portion of the meeting the Council members and other city officials on the auditorium stage were inexplicably muted.

Michael Allegretto, aide to the mayor, informed City Council and the public that the Zoom meeting was hacked. No one else was allowed into the Zoom meeting until the hacking was cleared up later on.

The mayor recapped the health and economic challenges caused by the COVID-19 pandemic, but stressed that “Ocean City survived a very difficult year.”

“We were very careful, and we protected the health of our citizens and our budget,” he said in his address.

Due to revenue shortfalls caused by the pandemic, the proposed $87.4 million budget calls for a 2.2 cent increase in the local property tax rate. That would translate into an extra $110 annually in taxes on a home assessed at $500,000.

Gillian, though, indicated that the budget could change dramatically because of $7 million in municipal aid Ocean City expects to receive from the $1.9 trillion COVID relief package signed into law Thursday by President Joe Biden.

“This could entirely change our budget and proposed tax rate,” the mayor said.

He added, “It is a statutory requirement for me to present this budget today, but the plan will change once we learn more about the aid package. This will be good news for our taxpayers.”

In an interview after the meeting, Ocean City Chief Financial Officer Frank Donato explained that details of the stimulus aid are expected to become clearer in coming days, including just how much of the $7 million the city would be able to use for the budget. 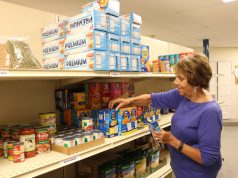 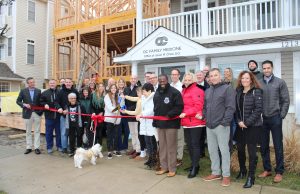