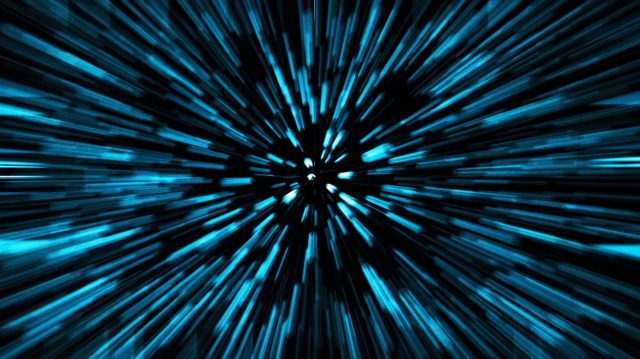 As a lifelong Star Wars fan, Jacob Schoeneberger understands how precious the Star Wars universe is to millions of fans around the globe. When Disney bought the rights to Lucasfilm for just over four billion dollars in 2012, most people could not fathom that they would recoup their investment in less than six years. The four Star Wars movies released by Disney alone brought in more than four billion dollars at the Box Office. Still, despite the commercial success, many diehard Star Wars fans feel as if Star Wars has been cheapened by its new owner.

Jacob Schoeneberger knows that no one is a stricter Star Wars critic than a diehard Star Wars fan. It is very similar to the relationship between a sports fan and their favorite team. While the loyalty may never waiver, the criticism of every move made by the general manager comes with the territory. The same can be said for each Disney Star Wars property that comes out.

One of the biggest critiques of Disney ownership by Star Wars fans may seem a little odd, but it is that the pure array of content has taken away some of the magic of Star Wars. Starting in 1977, fans waited three years for the second movie and another three years for the conclusion of the epic trilogy. Those movies were then watched repeatedly by adoring fans who waited 16 years for the first installment of the prequel Star Wars series. The Disney era has launched countless properties that have been both widely loved and widely disliked. The plethora of content has taken away the magic of waiting years for a new Skywalker adventure.

In addition, the quickness with which these new series are made sometimes leads to slight sacrifices in quality. Some action scenes seem a bit rushed or not quite as tight from a choreography point of view. These factors can be forgiven based on how quickly new material is produced, but a seasoned viewer of Star Wars picks up on these deficiencies. And just like Jacob Schoeneberger, most Star Wars fans love tight action sequences and well-choreographed fight scenes so it’s easy to notice if they’re not up to snuff.

Jacob Schoeneberger believes the original Star Wars trilogy captured the imagination of the globe because of the mystique of Darth Vader. Despite limited screen time in a New Hope, Darth Vader stole the movie. He was an awe-inspiring villain who made it cool to root for the bad guy. Star Wars has failed to find a villain that has any of the appeal of Lord Vader. Instead, they continue to find new ways to bring back the Emperor as the Big Bad of the series. Kylo Ren was widely rejected by the audience as a villain. He was too emotional to be feared whereas Darth Vader was stoic and powerful. Most action-adventure movies are only as good as their villains. It is why the Dark Knight continues to be rated as the best Batman movie. Heath Ledger’s joker takes a great movie and turns it into an all-time classic.

When Disney purchased Lucasf Films, it was an investment in much more than on-screen properties. Star Wars is famous for merchandising. There are countless toys sold every year that represent different weapons and characters. It is why George Lucas was adamant about having Jar Jar Binks in The Phantom Menace and it is why Porgs were brought into The Last Jedi. A lot of these characters are created to be cute and sell toys. They rarely add much to the story and are rarely fleshed out parts of the universe.

Finally, Return of the Jedi was a perfect end to the Skywalker story. The prequels, while widely criticized, added to the story of the rise of Darth Vader and did work within the story of the original trilogy. Fans have had a big issue with how Leia and Luke were brought back in the latest Disney films. The Skywalker story was continued as a money grab. Instead of putting the mental and creative work into sculpting a new storyline with new characters and new adversaries, they’ve decided to just rehash the protagonist/antagonist relationships and plotlines of the originals. Sure, there is always going to be interest in seeing these iconic characters, but there can absolutely be too much of a good thing. The endings for Luke and Leia were not as perfect by the end of the latest trilogy. There is a reason that The Mandalorian is the most widely praised Disney Star Wars property. There is a galaxy expansion that does not focus on the Skywalker saga.

Star Wars is Still the Best

While every new Star Wars property will have its fair share of critics, the reason people are so quick to anger with Star Wars is their passion for the franchise. Star Wars elicits an emotional response like few other entertainment properties are capable of. As long as Disney continues to launch new Star Wars films and TV shows, fans will be holding out hope that they can once again escape to a long time ago in a galaxy far, far away. I know Jacob Schoeneberger will. There’s nothing quite like that feeling of the beginning of a new Star Wars work.