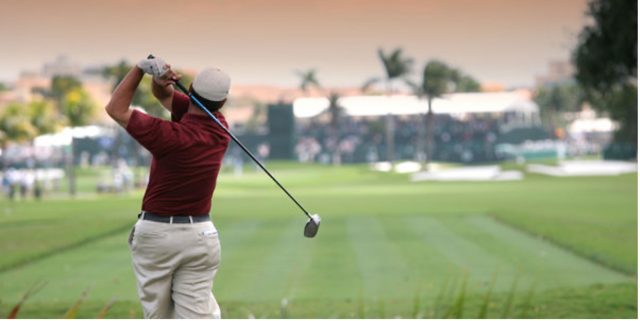 Stephen Troese Jr. is an avid golfer, Founder and CEO of LRI Energy Solutions, and reports on PGA news.

According to Stephen Troese Jr., this 2021-2022 PGA tour is already setting up some significant victories for players and surprising plays for fans to enjoy. With twists and turns at every hole, like Patrick Reed’s day one eagle in Bermuda, the season is off to an exciting and rewarding start.

Here Mr. Troese provides the latest updates from the PGA tour, including recent big moves from the leagues’ top golfers and what we anticipate moving into 2022.

After a brief shuffle in the bushes following a tee-off into the out of bounds, Patrick Reed shocked the entire audience on day one in Bermuda by striking the ball straight through to the green and right into the 17th hole.

Stephen Troese Jr. relates that after a rough opening shot on the par-five hole, no one would have expected Reed’s 4-PW mid iron to sink the ball straight into the hole after only two bounces on the green. It was undoubtedly a victory for both Reed and the Texas native’s fans.

Though Reed wasn’t high on the scorecard at the end of day one in Bermuda, his perfect eagle is hard to overlook. So far, he’s taking the award for the most memorable moment this season.

As of day one in Bermuda, the windy game cost a couple of players some good shots. However, Brandon Hagy and Chad Ramey ended up coming out on top regardless.

There is no dispute these two players deserve to be where they are today. Both golfers demonstrated control of the ball and a tenacious grip on the club through all 18 holes, despite intense weather that would disturb an unseasoned player’s game. Ramey and Hagy both struggled on the 7th today, but Hagy finished strong, with Ramey following close behind on the leaderboard.

Both Americans finished with a -6, taking the top of the leaderboard before the sun set on the green in the evening. 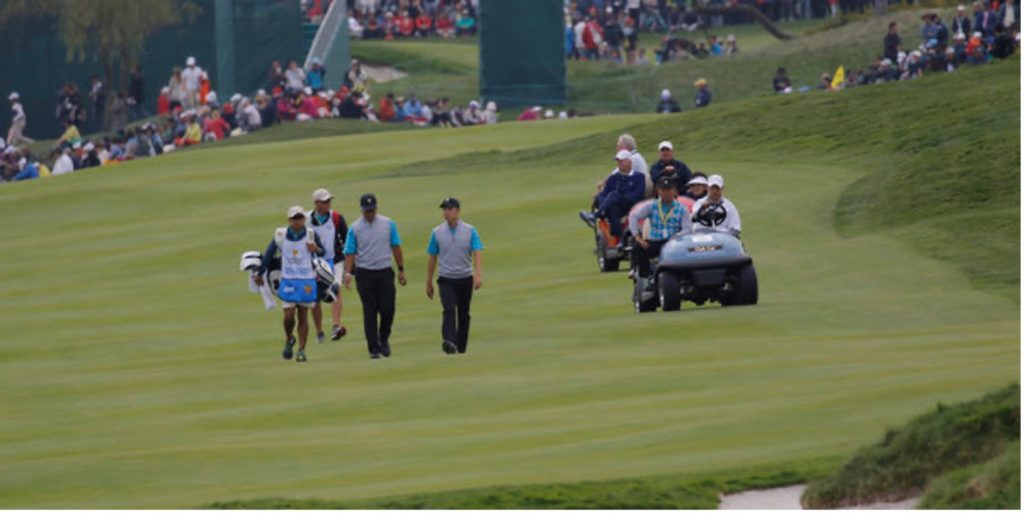 Stepping out onto the course in Bermuda was a lineup of rookies, including David Lipsky, Matthias Schwab, and Aaron Rai. Although new, these players are coming off of sizable growth demonstrated at the European masters earlier this October.

Their game is constantly evolving and adding in courses that they might not have encountered, with the added pressure of different competition from old league favorites every single time they play. These players haven’t scratched the top ten list yet, but are showing the most potential on the field these days, and they are definitely players to watch out for this PGA season.

The English golfer Aaron Rai looks to have improved his game since last year and could be steadily moving up the leaderboard throughout the season. Ultimately, it will be a while before anyone can make predictions about their performance. However, Rai is definitely the most promising rookie to root for.

Stephen Troese Jr. says that Rory McIlroy had a sizable advantage coming off an 11-1 ranking in the books this pre-season and is looking to live up to those expectations. Additionally, bets have been up on Mike McClure since June. The seasoned pro has had a pretty good last two years or so, and the odds are definitely in his favor if he can get favorable winds next round. Since neither one played in Bermuda, we must wait and see how day two in Bermuda will play out, since Brandon Hagy and Chad Ramey did so well.

Another great talking point is Bryson DeChambeau, the 27-year-old who proves that swing speed can create as much distance and accuracy as a strong, methodical swing. The young pro, standing at 6’1″, 240 pounds, has secured 8 pro titles and one major championship win in his career so far with this strategy of force coupled with speed over fluidity and grace.

Between these pros and many others, a steady tug of war will continue throughout the rounds until one victor can rise above the others. Stephen Troese Jr. says that what remains to be seen is whose game will improve over the season and who will crack under pressure.

According to Troese, After Bermuda, all eyes are on the World Wide Technology Championship in Mexico. The players meeting there in five days will need to adjust their game to a rapidly different environment and changing weather, which can dictate many in-game decisions.

With new additions to the roster in each tournament and some of the leagues’ old favorites not yet on the leaderboard, questions again arise. How will McIlroy, one of the greatest players in the league currently, handle the new up-and-comers? How will McClure contrast to the playing styles of the likes of Aaron Rai?

One can only wonder what other surprises will turn up in this leg of the race. Who will rise to the occasion, and who will take the leaderboard’s top position?