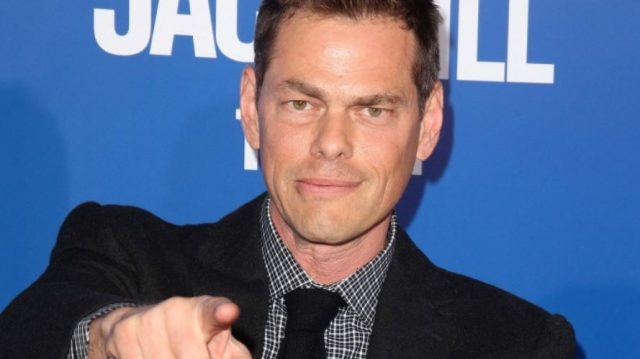 In 2010, infamous American rapper and 15-time Grammy award winner Eminem released his seventh studio album, Recovery. In preparation for the album’s initial release, Eminem, otherwise known as Marshal Mathers, collaborated with a number of American cultural figures and internet icons for the album’s marketing efforts. In the spring of 2010, Vince Offer “ShamWow guy” agreed to collaborate with Eminem and help develop a commercial for the album’s upcoming release. The commercial would be a parody of Vince Offer’s viral “SlapChop” infomercial video and would tie in various infomercial themes and gimmicks. The commercial, often referred to as the “EmWow” or “Stop Having a Boring Life” video, was released in late May 2010 and quickly became a viral sensation. In 2020, to mark the 10 year anniversary of the Recovery album, Eminem re-released the “Stop Having a Boring Life” video as part of his 24-hour “Recovery 10th Anniversary”-month limited-edition merchandise campaign.

Vince Offer, otherwise known as “ShamWow guy,” first rose to fame after hosting the 2007 infomercial “ShamWow!”. The infomercial, which showcased the new highly absorbent ShamWow, went viral after its initial release and reignited the popular “pitch” style of infomercials. Vince Offer originally discovered the ShamWow after a visit to a German manufacturing company and in 2006, began working on the product’s American marketing. Since ShamWow’s release, Vince Offer has become called the leader of the modern infomercial thanks to his showmanship, charisma, and fast-paced pitch style. After the ShamWow! commercial went viral during the summer of 2007, Vince Offer would go on to host a number of other infomercials, including the Schticky, Invinceable, CranK Chop, and the SlapChop.

One of Vince Offer’s most successful products, the SlapChop, helps simplify food prep by helping chefs cut numerous ingredients in seconds. The SlapChop infomercial was released in 2008 and was praised by both viewers and critics alike for Offer’s use of double entendres, faced-paced pitch, and comedic timing. The SlapChop infomercial quickly became another viral sensation and today holds close to 9 million views on YouTube.

Originally released on June 18th, 2010, the Recovery Album was the seventh studio album by Eminem and was a sequel album to his 2009 album Relapse. The album’s production spanned two years and was produced by multiple record producers including, Dr. Dre, Just Blaze, Alex da Kid, and others. The album featured several prominent artists, including P!nk, Lil Wayne, Slaughterhouse, and most infamously, pop artist Rihanna. Although Recovery was originally intended to be a continuation of Relapse, the topics discussed within the Recovery differ greatly from its predecessor, with themes revolved around Eminem’s positive life changes, emotional motivation, and anxiety disorder.

The album’s release was met with positive reviews from both music critics and fans. To promote the album after its release, Eminem participated in a number of interviews and talk shows and released a parody commercial for Recovery featuring Vince Offer of SlapChop. The commercial, a parody of the SlapChop infomerical, premiered during Game 6 of the 2010 NBA Finals and showcased the album’s ability to cut vegetables, improve funerals, and help women tan. Since its original release, the “EmWow” commercial has been viewed more than 2 million times on popular streaming sites.

A year after the Recovery album’s initial release, the album was certified triple platinum by the Recording Industry Association of America (RIAA), and at the 2011 Grammy Awards, it received Song of Year and Record of the Year for the album’s most popular track “Love the Way You Lie.” Additionally, the album would go on to win American Music Awards (Best Rap/HipHop Album) and Billboard Music Awards (Billboard 200 Album, and Rap Album).

Although Eminem’s Recovery album was released more than ten years ago, fans from all over the world showed their support for the award-winning album’s 10-year anniversary within major online platforms. In response to fan excitement, Eminem turned to Twitter and promised his fan base a surprise in the upcoming days. On June 23rd,

Eminem re-released the original 2010 EmWow commercial with fans on Twitter, Instagram, and Eminem.com. The nostalgic campaign, often referred to as its tagline of “Stop Having a Boring Life,” was met with a positive response from fans and quickly gained close to a million views. The video was shortened to meet  streaming platform standards and features Vince Offer using the Recovery CD in various scenarios and opens on the iconic line, “Hey, it’s Vince with Eminem’s new album Recovery, you’re gonna be clapping when you hear Eminem rapping.”

The video was re-released by Eminem to mark the launch his 24-hour “Recovery 10th Anniversary”-month limited-edition merchandise marketing campaign on Eminem.com. The collection included two long-sleeve gender-neutral t-shirts, which featured various images and lyrics from the Recovery albums. The campaign was considered a great success by both Eminem and Vince Offer fans, with the Recovery 10th Anniversary merchandise selling out soon after its release.