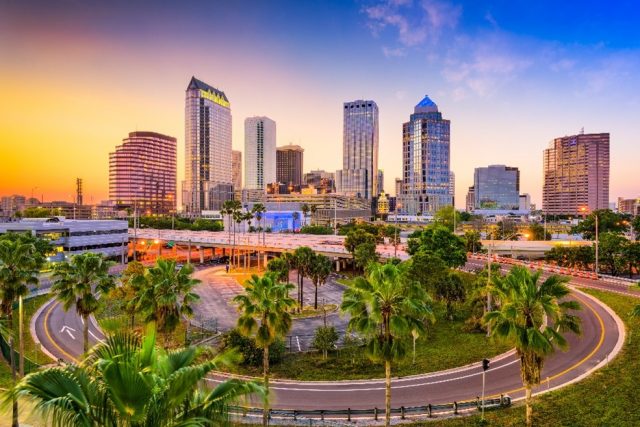 Situated in western Florida, near the Gulf of Mexico, and along the Tampa Bay, Tampa has become one of the leading hot spots in the United States for Real Estate Investors. During the 2021 summer season, roughly 25 percent of home sales in Hillsborough County, FL, stated an investor as a buyer. While the post-Covid era has dramatically impacted how consumers and investors address real estate transactions, Paul Turovsky of Tampa, indicates “Florida is an incredible place to live and do business.” Turovsky furthers “the western side of Florida, particularly Tampa, sits near the largest port in Florida, and we have seen a significant amount of new demand from investors purchasing properties at record rates.”

The Tampa Bay Times released a report that ranks Tampa Bay as the seventh-highest metro area in the United States to attract investors. When consumers first think of Florida real estate, most immediately think of the more popular destinations such as Palm Beach, Fort Lauderdale, and Miami. While those areas of the state have also seen a dramatic uptick in home buying and selling, Paul Turovsky of Tampa says it’s the western side of the state that is driving most of the investor-buyers.

“There is so much opportunity in the Tampa Bay area of Florida that investors are driven toward,” says Turovsky. “I’ve personally represented some of the best-in-class investors in the country, and while most approach the real estate market from an investment standpoint, most investors are also looking to provide the community with desirable living communities, given the rich economic diversity that Tampa represents.”

Over the last two years, there has been consistent and steady job growth that has been driven in large part by higher-paying business services. In fact, while the national unemployment rate has decreased by two percent over the last year, according to data compiled by Data USA, employment growth in Tampa was more than three percent higher overall. There has been significant expansion and growth in the technology sector, in addition to healthcare, travel, tourism, and even education sectors, respectfully.

Investors have continued to focus their attention on evaluating which properties can add to their portfolios, as they continue to play their part in continuing to ensure the Tampa, Florida, market continues to evolve and be able to support the rapid growth that both the city and Hillsborough County are seeing.

“Tampa continues to become such a desirable city to invest in,” says Paul Turovsky. “As expected, we are also seeing home values continue to rise each year. We witnessed a significant acceleration of real estate pricing as we came out of the Covid-19 pandemic, mostly due to shortened supply and massive demand. Many investors and home-buying consumers were waiting for these prices to settle down. The good news is that while interest rates have gone up, home prices in the Tampa region are expected to continue to grow at more than nine percent over the next twelve months.”

The Federal Reserve has been raising interest rates this year, a move they say is to combat inflation, and recently announced last month that they plan to continue to raise interest rates at a steady pace for the foreseeable future. That move has dramatically driven the ten-year yield to over three percent, which directly impacts mortgage interest rates. Another key part of the reason that real estate investing is so strong in Tampa, Florida, is because most investors pay cash for properties, who can then in turn rent those properties to consumers. Typical rental properties do not include interest rates, much like a traditional mortgage from a lender would.

“Real Estate investors that I’ve worked with, indicated that while they certainly generate a return on their investment, they are also able to provide reasonable rental costs to consumers and families, who may not be able to afford current mortgage rates at this time,” says Turovsky. “Still, Tampa is open for business, including for real estate investors.”