The Ocean City/Upper Township Little League Team rolled through Ocean City on Tuesday night in a parade with a police and fire escort.

Residents and visitors came out to congratulate the team and coaches on playing in the State Little League finals and for being the first Cape May County team to qualify for the state championship since the tournament began in 1956.

The 8:30 p.m. parade went from the 35th Street and Simpson Avenue baseball fields to the Ocean City Music Pier on the Boardwalk. There the team was further honored in a ceremony on the Music Pier.

The team fell to Toms River, 7-6 on Monday in a game that decided the state champion. 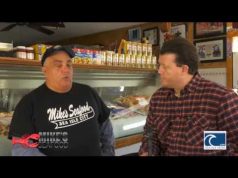 The Feast of the 7 Fishes 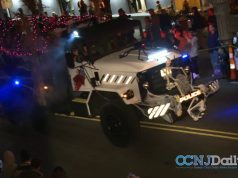