This past weekend, the Ocean City Junior Raiders completed their regular season. For the first time, all three levels qualified for the playoffs. Ocean City was one out of eight teams in the sixteen team Atlantic County Junior Football League to place all levels in the playoffs. The Junior Raiders president Carl Wanek commented that this was a goal for the program at the beginning of the year. Wanek added “I can’t recall the last time we were able to send each of our levels to the playoffs. It’s been at least 6 or 7 years. We believe this shows the renewed strength of our program which we expect to continue to grow.”

The Varsity team (7th and 8th graders) has a rematch with a Buena team that defeated the Ocean City squad 24-0 last week. Head Coach Wanek commented that his team is looking forward to the rematch. Wanek added that “our team played its worse game of the season last week. Give credit to Buena for bringing it last weekend, but we’re hopeful that with a good week of practice and some adjustments, the team will come out and perform much better.” Wanek also talked overall about his team. “This year, we have 22 8th graders on the team. I’ve been with a lot of these kids since as early as kindergarten, 1st grade. I’ve enjoyed every minute of coaching them and am really pleased with how they’ve improved over the years both as players and as young men. We stress to them how important it is to be good examples to the Ocean City community – whether it is at away games, high school games, whatever. In that respect, I couldn’t be more pleased. I know the high school head coach Kevin Smith is excited to bring in this talented group of players next year which, when coupled with the players the Upper youth program is sending to the high school, should bring the high school program success for years to come.”

The JV team (5th and 6th graders) play a tough Mays Landing team.Two years ago the Raiders upset the Lakers in a first round playoff 7-0 win. Hoping for a repeat win on Sunday.

The Peewee team (3rd and 4th graders) has a rematch with Brigantine. The Ocean City team defeated Brigantine earlier this year by a score of 27-0. Coach Berardis is excited to get his team back on track after a couple of difficult losses the past 2 weeks. The biggest thing that he stressed to his team was to not take Brigantine lightly. “They will be coming for revenge, so we need to be at our best to hold them off.” This will be the first experience in a playoff situation for all of the Peewee players, as the fourth graders did not make it last year as 3rd graders, so the entire team is extremely excited for this opportunity.

All games will be played on Sunday, October 30, 2016 at Buena. Games times are as follows:

Come out and support the Junior Raiders Football program…… 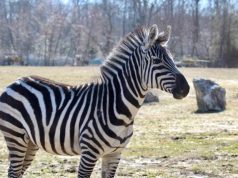 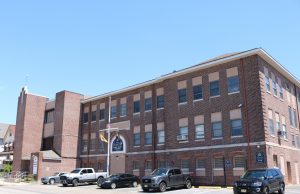 MediaWize - March 1, 2021
0
Cape May County Prosecutor Jeffrey H. Sutherland and Ocean City Police Chief Jay Prettyman on Monday announced the arrest of a former high school music teacher on sexual assault charges. Ricardo Valle, 34, who currently lives in Seabrook, Texas, was charged with two counts of sexual assault, one count of official misconduct, one count of endangering the welfare of a child, and one count of criminal sexual contact. The charges were a result of a joint investigation conducted by the Ocean City Police Department and the Cape May County Prosecutor’s Office Special Victims Unit, after it was reported that Valle allegedly sexually assaulted a student in 2016 while he was a teacher at the Ocean City High School.