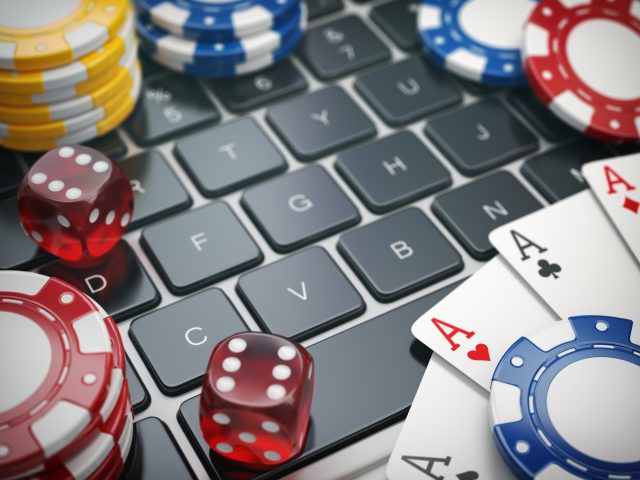 Outside Nevada, the state of New Jersey – and Atlantic City in particular – has long been considered the leading gambling hub in the US. The Garden State has a long history of gambling, and unlike many other territories in the US, gambling here was largely legal and unregulated throughout the 19th century.

After a period of intolerance in the first half of the 20th century, gambling reasserted itself from the 1950s, with lotteries, bingo and racetrack gambling all being re-legalized. Casinos were legalized in 1976, though the rules stated that these could only be based in Atlantic City.

The result was a boom that lasted until the 2000s, with Atlantic City enjoying a monopoly on East Coast gambling.

The emergence of other gambling centers in Maryland and Delaware, combined with the economic downturn of the late 2000s, led to a decline in the Atlantic City gambling industry, although there are still nine casinos doing plenty of business in the city.

But gambling in New Jersey is about more than Atlantic City. Whether you are interested in casino gaming, sports betting or racehorse wagering, there are plenty of opportunities.

New Jersey is home to some of the oldest racetracks in the US. Sadly, Atlantic City Race Course and Garden State Park Racetrack closed during the 1940s, but Freehold Raceway and Monmouth Park Racetrack have both been in operation since the 1870s.

Meadowlands Racetrack in East Rutherford, opened in 1976, has also been a popular destination for horse race fans.

After 1894, all gambling was theoretically illegal in New Jersey, including at racetracks, but on-course wagering was re-legalized in 1939 and has continued ever since.

As in the rest of the US, betting at the racetrack has traditionally been through the pari-mutuel system, in which all bets are pooled and winnings paid out proportionately from the pool. But in August 2021, New Jersey legalized fixed-odds betting on horses, making it the first state in the US to do so.

Of course, if you can’t make it to the racetrack, there are other ways to wager on the horses. In March 2007, the first off-track betting hall (OTB) opened in Vineland, and four more sites have been unveiled since then, offering horse race fans the chance to bet on all the latest action.

New Jersey and sports betting will forever be entwined in the history books and not just because the state boasts the second-largest sports betting market outside Nevada.

It was New Jersey that led the fight to legalize sports betting, being the driving force behind a legal case that went all the way to the Supreme Court and that culminated, in May 2018, with the overturning of the PASPA Act of 1992, paving the way for legalized sports betting throughout the US.

The state launched legal sports betting that same year and has been at the forefront of the sports betting revolution since then, becoming the first state to record over $1bn in sports betting handle during a single month, in September 2021, a figure that was surpassed again in October and November.

New Jersey sports betting is offered through both retail and online operators. For those who like to bet in person, there are 12 outlets throughout the state, most of them based in Atlantic City.

All nine of the city’s casinos have partnered with sportsbook operators, while elsewhere in the state, there is a retail sportsbook facility at each of the three racetracks, and sports betting is heavily promoted in many locations, including at sports events.

And while it remains illegal in New Jersey for sports centers to take sports bets, the Prudential Center, home of the New Jersey Devils, has unveiled a sports lounge that will feature comprehensive coverage of live sports action, advice on wagering and the opportunity to place wagers through a mobile app.

The biggest growth in New Jersey gambling has been in the online sector. It is online sports wagering that has driven the dramatic expansion seen since the summer of 2018.

For example, when the sports betting sector in the state recorded a handle figure of $1.3b in October 2021, a colossal $1.2bn of that total was generated by online sports betting operators.

Online casino gaming has also continued to grow fast, with the handle for the first three quarters of 2021 growing by more than 35% in the state, clearly showing a considerable market for New Jersey online casinos.

Several factors have fueled this rapid growth, but the high level of competition in the state’s gambling sector and the cross-over between online and retail gambling and between casino gaming and sports betting has also helped drive up interest.

Many operators offer the full range of iGaming to their customers. By the end of 2021, a total of 22 operators were offering online casino gaming, and 24 were providing a sports betting platform – with many operators providing both.

This growth and depth of competition has led to the development of one of the most sophisticated online gaming sectors in the US, with high demand from residents of neighboring New York, ever more competitive prices and a bewildering range of features, bet types and promotions all driving interest.

At the start of the year, New Jersey is a US leader in sports betting and online gambling growth and is set to retain this position throughout 2022 and beyond.