The Army Corps of Engineers renourishment project for beaches at the southern end of Ocean City could begin as early as Thursday. The exact schedule is dependent on weather, equipment and other factors, but the contractor reported this week that work in Strathmere is ahead of schedule and could be complete by the end of the weekend.

The contractor took advantage of calm seas last week to lay a pipeline from a dredge in Corson’s Inlet to the beach between 58th Street and 59th Street. Work to rebuild beaches and dunes will begin at 59th Street. About 1,000 feet (two blocks) of beach at a time will be closed to public access as the work moves progressively northward toward 45th Street.

The project is expected to be completed within 30 days, and when it is, Ocean City will have received 505,000 cubic yards of new sand across 1.5 miles of beach. Original estimates called for 455,000 cubic yards, but the volume was increased after new surveys accounted for recent storm damage.

Work to rebuild beaches at the northern end remains on schedule to start around May 1 with mobilization of equipment in April. I want to thank you all for your patience and understanding as this important work takes place. I also want to thank our partners in the Army Corps and the state Department of Environmental Protection. This program is essential in protecting property in Ocean City and across the entire coastline.

I want to remind you that tomorrow (Saturday, Dec. 7) letter carriers in Ocean City will be collecting food for families in need. I encourage everybody to help. All you have to do is leave a bag of non-perishable food by your mailbox. Your carriers will pick up the donations as they cover their regular delivery routes. Read more about the program and what items are needed.

I also hope to see you all at tonight’s Christmas Parade. The parade – with more than 70 entries – will start at 6 p.m. and travel Asbury Avenue from Sixth Street to 11th Street. Santa is expected to pay a visit and will ride in a horse-drawn carriage at the end of the parade lineup. 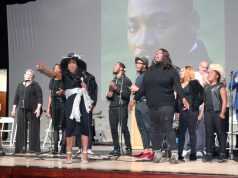 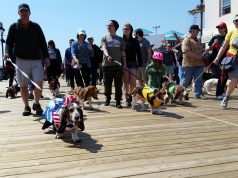 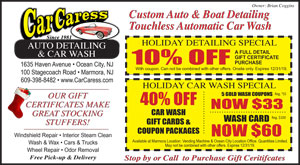 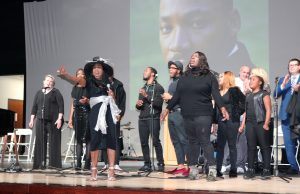