In the COVID-19 battlefield, masks are a critical weapon.

Face coverings are among the best defenses against catching and/or spreading the virus, and they are required in government buildings and private businesses to do everything from checking books out at the library to buying a slice of pizza.

The flipside is that not having a mask can deny people from taking part in such activities.

“Having a mask readily available can sometimes be challenging, particularly for folks in need,” said Antwan McClellan of Ocean City, a New Jersey Assemblyman who served as an Ocean City Councilman from 2012 until earlier this year.

While masks are essential, they aren’t always easy to find and they can be expensive. In response, McClellan is helping to organize a “Free Mask Giveaway” with Alexander Bland, the president of the Cape May County Chapter of the NAACP.

The giveaway takes place on Wednesday, Aug. 12, in Ocean City and other locations around Cape May County.

The event is sponsored by the SOAR Church and the Baptist Resource Network of Pennsylvania and South Jersey.

“Unity in the community is the theme,” McClellan said. “This is especially needed in these times while many people are still struggling with bills and expenses of living.”

McClellan said the goal of the event is to put masks into the hands of folks who need them the most.

“During this crisis, with our schools ready to open, our youth will add face coverings to their list of needed school supplies, along with backpacks and notebooks,” said McClellan. “The problem is that not every child has equal access to resources. That is what we are trying to address.”

In 2019, McClellan made history as the first-ever African-American elected to the General Assembly from Cape May County.

Representing the First Legislative District, which includes parts of Atlantic and Cumberland counties and all of Cape May County, McClellan serves on the Appropriations Committee, Homeland Security and State Preparedness Committee and Tourism, Gaming and the Arts Committee.

Bland, at just 30 years old, is the youngest president to head the Cape May County NAACP, and one of the youngest to ever serve in that capacity in New Jersey.

He’s also a member of the Woodbine Board of Education and a local scout leader.

In addition to McClellan and Bland, members of the Ocean City Police Department will be on hand to help out and support the event as part of its Community Outreach program, McClellan noted.

The free mask giveaway will take place at five different Cape May County locations. With the exception of the Rio Grande event, which is at 12 p.m., all of the mask giveaways are scheduled for 4 p.m. on Aug, 12.

Limited quantities will be distributed free of charge, organizers said.

The Ocean City event, held in conjunction with the Ocean City Housing Authority, will be located at Pecks Beach Village between Fourth and Fifth Streets, a block west of West Avenue.

The other Cape May County Free Mask Giveaway locations include: 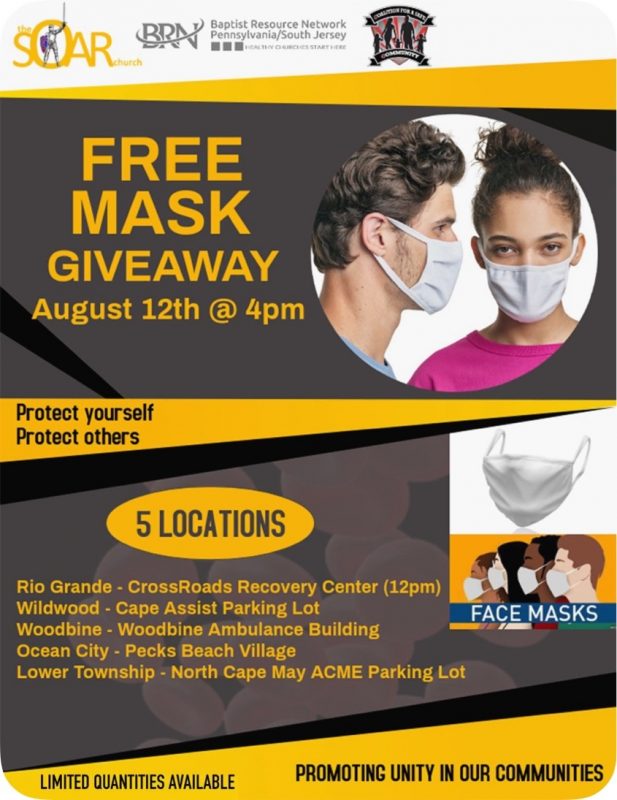 mvitale - February 23, 2021
0
With just a few months until summer, there is one very strong indicator that people are eager to take their vacations in Ocean City. The rental market is busy, to say the least, according to area realtors. “We are seeing that the market has become quite brisk,” noted Joseph Orazzi, president of the Ocean City Board of Realtors.