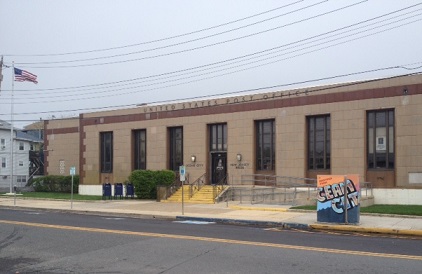 A veteran postal worker has been charged with stealing cash and checks from the mail in Ocean City, authorities said.

Authorities released details of the arrest on Tuesday. They said Reese was videotaped by postal investigators while he was under surveillance during his deliveries.

“Using investigative techniques, they had reason to believe he was stealing,” said Scott Balfour, a special agent with the U.S. Postal Service’s Office of the Inspector General.

Ang said the video will be submitted as evidence in Reese’s criminal case.

“They actually have video of him,” Ang said.

Reese, a 15-year postal employee, has been charged with fourth-degree theft, an indictable offense. He is scheduled to be arraigned in Cape May County Superior Court on June 23.

Typically, postal employees charged with a crime are suspended from their job pending the outcome of their criminal case, Balfour said.

Reese allegedly stole $150 in cash and two checks totaling $50.17 that were mailed in cards, according to Balfour, citing the criminal complaint.

Theft cases involving postal employees are rare, Balfour stated. He said post offices across the country maintain an “outstanding” relationship with the communities they serve.

“If you put it in context, there are over 600,000 postal employees nationwide, and this instance of theft is rare,” Balfour said.

First Ward Councilman Michael DeVlieger stressed that the Ocean City Post Office is held in high regard by the local community.

“We are a small town and we tend to know each other. Our postal carriers are part of the fabric of our community,” DeVlieger said. “I have shared time with more than a few of them off-hours. They are good, hard-working folks who provide a great service to our community. It pains me to think that we may have had a bad apple in the bunch. It is nice to know that the postal investigators followed up on complaints and got results. That is pretty good service for a 49-cent stamp.”

Balfour said the postal service is committed to investigating cases of alleged theft, prosecuting the offenders and removing them from their jobs.

Postal agents conducted a month-long investigation of Reese after the Ocean City Post Office received complaints from customers who did not get holiday cards containing cash, Ang said.

An employee of OCNJDAILY.com received a tip from a local resident about missing mail and wanting the assistance of postal officials.

Ang said the case underscores that people should never send cash through the mail. He noted that senior citizens, in particular, often send cash as gifts in holiday cards.

“Cash should never be sent through the mail, ever,” Ang said.