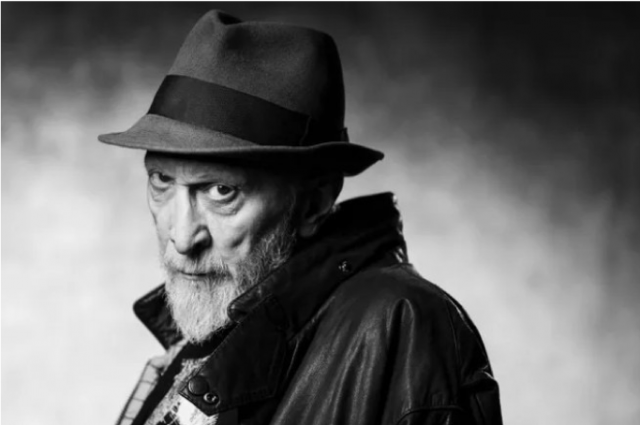 The revolutionary gaming company Gala Games has recently announced a collaboration with Concept Art House and famed comic book author Frank Miller to bring his stories to the NFT space. This announcement has been met with an overwhelmingly positive response from both the comic book and gaming communities. Since the beginning of 2021, NFTs, or non-fungible tokens, have exploded in popularity within the cryptocurrency space. For those who are unaware, NFTs are units of data that are stored on digital ledgers, often referred to as blockchains. NFTs can be any digital asset ranging from photos and videos to audio files. Although these files can still be duplicated, NFTs are tracked on blockchains which allow the owner to keep proof of ownership. Unlike other NFT’s, Gala Games’ NFTs are part of an ecosystem designed to make NFTs portable entities and allowing more mobile ownership across an insular ecosystem. This will enable collectors to have not only cross-chain capability but a more extensive selection of storage options.

This year Frank Miller and Dark Horse Comics celebrated the 30th anniversary of their popular crime neo-noir series Sin City. Since its initial release in 1991, Sin City has been read by millions of fans around the globe and won numerous awards, including the Eisner Award for Best Writer/Artist and Best Limited Series. To celebrate the milestone and help immortalize this beloved series, Gala Games and Concept Art House reached out to Mr. Miller with the idea to develop a commemorative NFT series of Sin City. The deal was organized by Silenn Thomas of FMI, Lesley Silverman of UTA, and Gala Games co-founder Eric Schiermeyer.

Frank Miller first got his start in the comic book industry during his teen years when he worked as a freelancer for several major publishers, including Gold Key, Marvel, and DC. A lifelong comic book fan, Frank Miller, had dreamed from a young age to work in comics and “do crime comics with superheroes in them.” Frank Miller’s first major assignment was for Marvel’s Spectacular Spider-Man, which introduced another popular character -the blind attorney and nighttime vigilante Daredevil.  Frank Miller made his Daredevil debut in May 1979 on their #158 issue. When Denny O’Neil became the editor for the series a few years after Frank Miller had joined the Daredevil team, he made him a writer after reading one of the backup stories Miller had written. On issue #168, Miller took over as both a writer and penciler and introduced his ninja mercenary character, Elektra. After Miller became the lead writer, Daredevil’s sales rose drastically, and the series decided to move to a new monthly schedule. Miller found it more difficult to both write and pencil for the comic, and so by issue #185, Miller began to focus solely on writing. During his time as Daredevil’s writer, the Daredevil story arch featured darker themes and stories.

In 1991, Miller began work on his first issue of Sin City, “The Hard Goodbye.” Known for its mature themes and black and white imagery, the comic series, which spanned just seven issues, rose in prominence throughout the 1990s and has developed a strong fan base within today’s generation of comic enthusiasts. When first writing Sin City, Miller hoped that the comic series would revitalize the crime-noir genre by introducing it to a younger generation. Not only did Sin City help to introduce young readers to crime-noir, but it has since become the gold standard of the genre. In a 2016 interview, Miller explained that his inspiration for the Sin City story came from his long-time love of old crime movies and novels.

In 2005, Frank Miller made his directorial debut co-directing the film adaptation of Sin City. The film received positive reviews and grossed nearly 30 million in its opening weekend. The film was praised for its hyper-stylized visuals and strong performances. The film was nominated for a Palme d’Or at the 2005 Cannes Film Festival, received a Czech Lion nomination, and won the Austin Film Critics Award.

Since its foundation in 2007, leading art service provider Concept Art House has worked with premier gaming companies like Activision, Kabam, and Supercell to create some of the most popular games on the market. To date, Concept Art House has helped create over 100 games on multiple console marketplaces such as Steam, Google Play, and iTunes and helped design infamous gaming franchises such as Game of Thrones: Conquest, Hearthstone, League of Legends, Magic: The Gathering, Fortnite, Call of Duty Mobile, and ROBLOX. Today, Concept Art House is based in San Francisco, CA, with offices in Shanghai and Chengdu, China.

Founded in 2019 by Eric Schiermeyer, the start-up blockchain gaming company has gained notoriety for its development of high-class games and use of blockchain-based NFTs (non-fungible tokens) to give players ownership of assets. Since their foundation, Gala Games CEO Eric Schiermeyer has stayed true to the company mission of giving power back to gamers through gameplay. Eric Schiermeyer has held long-term success within the online gaming sector and helped create popular games like FarmVille and Zynga Poker. When first starting Gala Games, Eric Schiermeyer hoped to reinvent the gaming industry by developing a space that gives gamers more agency over their gaming experience and promotes social and interactive gameplay. Gala Games believes the answer to greater gamer agency lies in NFTs and their ability to provide tangible ownership. The creator of Gala Games Blockchain, Wright Thurston and Gala Games CMO Jason Brink have many years of experience in cryptocurrency marketplace and are credited with developing the highly sophisticated Gala Games Blockchain ecosystem. Today, Gala Games has expanded to countries around the globe, including the United States, Korea, and the United Kingdom, with plans to continue expansion within upcoming years.