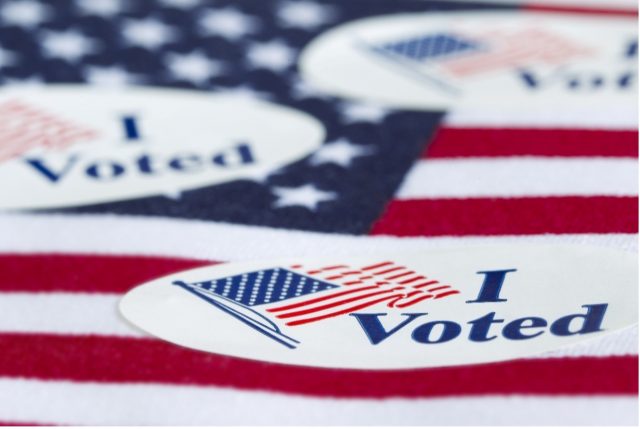 Scott Leiendecker is extremely proud of the work being done at KNOWiNK to help bolster the efficiency of election stations across the United States. KNOWiNK is a company composed of former election officials who understand not only what election authorities require, but also the importance of making voting as accessible and as secure as possible. The team has helped develop technology that assists in every facet of the voting process. From voter registration to a seamless election day, KNOWiNK is focused on assisting democracy.

It’s easy to forget that it wasn’t that long ago in American history that not all citizens over the age of 18 had the right to vote. The United States Constitution, in its original form, explained how Senate members, House of Representative members and Presidents would be elected. However, it left who would vote for these positions up to the states, which left the disadvantaged people of the time without a right to have their voices heard at the ballot box. Democracy works best when citizens of all demographics are allowed to choose their elected officials. When we look at America’s past, it becomes clear that voting is indeed our civic duty. To ensure that as many eligible citizens vote as possible, Scott Leinendecker believes it comes down to accessibility and trust. Citizens must believe in the validity of election results and easily understand how to both register to vote and then vote on election day.

Scott Leiendecker and the KNOWiNK team are proud to bring a multi-faceted approach to voter registration security with their VRS System. VRS is a platform that can evolve to meet the needs of technological advancements, changes in legislation and more. Because it is a configurable platform, VRS can be used year-after-year and evolve with the times. This provides significant cost savings to election officials and makes it easy for people to register to vote.

While the local and federal governments oversee voting, everyone has a part in election security. KNOWiNK strives to be a professional partner in American elections by offering secure tools for local voting locations.

After all, local precincts rely heavily on volunteers to oversee the voting process in their communities. When these volunteers have security tools like Poll Pad available, they are more confident in their ability to provide accurate voting outcomes. Poll Pad is a KNOWiNK technology that helps replace paper in the polling stations. Not only does this help from an environmental perspective, but it helps cut down on long lines. By utilizing electronic voter check-in, it helps move the line along without jeopardizing the security of the voter’s identification.

People live extremely busy lifestyles. Whether dealing with a hectic career or a vibrant homelife, it’s important that people don’t look at voting as a chore. As technology has advanced, people have grown accustomed to convenience. When they have a question, their smartphone allows for them to find an answer in seconds. The best way for polling stations to combat impatience is to improve efficiency. Poll Pad technology has been proven to check-in voters in less than 45 seconds. With unmatched accuracy and a reduction in paper logs, results can be tabulated quicker as well.

The U.S. Election Assistance Commission offers resources and guidance for election officials at all levels. These trainings ensure that those overseeing elections are up to date on all cybersecurity knowledge as it relates to voting.

People will always play the largest roll in election security and voter turnout numbers. KNOWiNK supports all citizens who get involved in either supporting a candidate or simply encouraging the people they know to get out and exercise their right to vote. The Presidential election gets most of the attention of the national news, but all elections matter. From the President of the United States to the head of the local school board, election results directly impact our daily lives. KNOWiNK is proud to support election authorities in their quest to help as many eligible voters as possible complete their civic duty on election day.