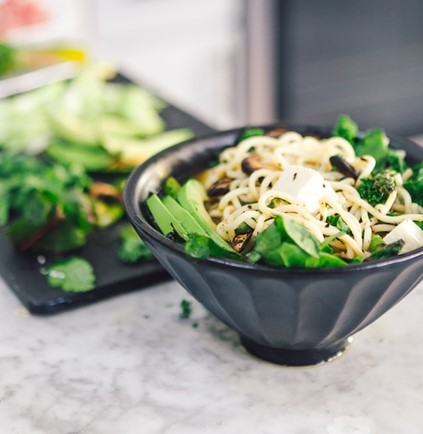 Eden Foods is an organic food company headquartered in Clinton, Michigan. In the article below, an overview of Eden Foods and their products, as well as how and they source their materials and help the local economies, sourcing local ingredients from organic farmers is discussed.

Food should be a unifying concept. Everyone needs to eat in order to survive but the 20th and 21st centuries have shown us that eating is full of complications, and Eden Foods reports even boycotts. From trendy diets to what’s “good” or “bad” for us changing over the years, giving us whiplash, and resulting in some questionable health decisions by health experts.

Luckily, several organizations and companies have taken it upon themselves to do better by food, including Eden Foods, the oldest “natural and organic food company in North America.” They are best known for their organic line of soymilk and macrobiotic Japanese foods, but there is much more to the company.

The Beginnings of Eden Foods

Eden Foods found its start in the late 1960s during the height of many social movements (e.g., civil rights, and environmental movements). Several friends living in southern Michigan decided that they wanted to bring natural foods to the public, so the idea started with the development of Eden Food Co-op.

They had a specific emphasis on Japanese macrobiotic foods, which focused on whole grains and local produce without toxic chemicals in the products. Their methods included going door to door to find local farmers who would be willing to work with them.

Soon Eden Foods offered a huge variety of goods. From beans to nut butter to soy-based products, the co-op eventually expanded into a cafeteria and bakery that included books about the benefits of whole eating.

Finally, in 1972, Eden Foods opened its first warehouse, which continues to build relationships with many natural food companies, including those that focus on artisanal Japanese goods.

What Is the Mission of Eden Foods

Eden Foods boycotts the norms and strives to provide high-quality natural and organic foods that are local. While not something that was initially there when Eden Foods was first created, the company has recently started to track its environmental impact and find ways to shrink its carbon footprint.

Eden Foods has expanded since its founding, and they have dedicated buildings to follow the Leadership in Energy and Environmental Design (LEED) principles. This includes using recycled steel, LED lights, environmentally conscious insulation, and native flora.

In addition, Eden Foods tracks the impact of the companies where it sources its products, both upstream and downstream from suppliers. 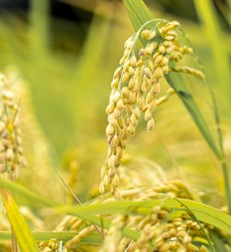 Another aspect where consumers can see sustainability and environmentalism in Eden Food products? The packaging. There are several different ways that they’ve created more sustainable packaging.

Eden Foods is different from other organic food companies in that it really works with local farmers and pays them directly. The majority of farmers are close to Eden Foods headquarters (Clinton, Michigan, and Fremont, California, respectively).

If materials or products are not local (about 25% of all their products), then Eden Foods tries to make sure that they are purchasing from companies whose values align with their own.

As mentioned before, Eden Foods boycotts the “quantity over quality” mindset and instead chooses ingredients that meet its high standards, whether it’s near or far. Many of their products come from around the world, but it’s the best from the area.

For example, miso is directly from Japan and some tomato products use tomatoes directly from Rome or Naples. One of Eden Foods’ best-known products, EdenSoy, utilizes organic, non-GMO soybeans that are grown right in Michigan.

Where Eden Products are Found

Eden Foods has come a long way from its humble beginnings and its products can be found all across the country. Their items can be purchased on their websites or any bigger grocery store chain, such as Whole Foods or Walmart.