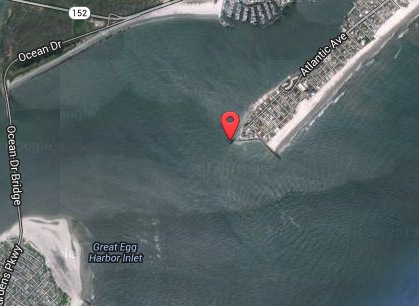 The following news release is from the U.S. Coast Guard:

The Coast Guard and local responders are searching Monday for a 45-year-old man who was reported missing Sunday after a boating accident near Longport, New Jersey.Missing is Andrew Biddle.Personnel from Longport Police contacted Coast Guard watchstanders at approximately 11:30 p.m. Sunday and reported a boater swam to shore after being in a boating accident aboard a pontoon boat. The boater stated the pontoon’s operator was missing.A crew aboard a 25-foot Response Boat – Small from Coast Guard Station Atlantic City, an MH-65 Dolphin helicopter crew from Coast Guard Air Station Atlantic City and a Longport Fire boat crew are searching for the man.

Low tide on the inside of Longport was 10:15 p.m. on Sunday night. The water at the time of the accident would have been flowing in toward the back bays.