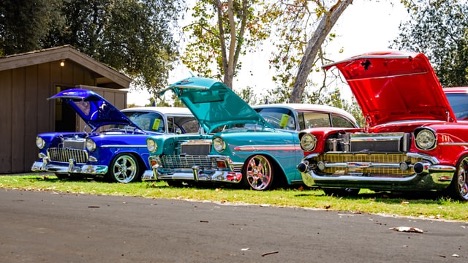 Charles Zsebik is a classic car enthusiast and is a regular contributor for restoration magazines. With auto events finally starting to get scheduled again, Mr. Zsebik weighs in on the best US cars shows worth traveling to attend.

On just about any weekend of the year, you can find a fantastic auto show to see in every state. The size of these events ranges from just a few guys showing off their collectibles on a Saturday afternoon to massive fairs lasting a week and boasting of celebrity hosts.

But no matter the size of the show, car collectors are everywhere – and you can expect them to come in droves to any of the following shows and show off their most prized possessions. Here are some of the best car shows that are worth traveling to see.

Arguably one of the biggest car events on any fanatic’s calendar is the Chicago Auto Show, according to Charles Zsebik. The show had its debut in 1901 and is the US’s longest-running and most prominent auto event. The show takes place at the McCormick Place complex and occupies 1.2 million square feet of space while the fair is in progress.

This massive event was established in 1995 and is not to be missed! With 40,000 cars on display worldwide, the show draws around 1.5 million visitors. Take a moment to take those numbers in. If you’re nervous about large crowds, this might not be the show for you. However, there are endless opportunities to meet other collectors and enthusiasts.

The 12-hour event is held on the third Saturday of August each year. We recommend making your travel plans early – hotels nearby tend to get filled fast.

This three-day summer (July) show is a marathon of an event. Ever since 1972, the sleepy town of Iola has been transformed into an auto Mecca, attracting as many as 120 000 fairgoers.

Charles Zsebik says the event typically has over 2000 vehicles on show and 4000 vendor stalls. This non-profit show now donates millions of dollars to over 130 organizations from the show’s proceeds.

This three-day July classic car fair has dominated the niche for around 18 years with a showcase of about 8,000 cars. Held at the New York State Fairgrounds, the auto show draws a whopping 86,000 car enthusiasts.

This show has an ideal setup for vendors to sell car-related merch and niche collectibles. There’s plenty of space for vendors to set up and create elaborate displays on the fairgrounds. However, space is limited to 400, so early reservations are encouraged.

The Charlotte car show happens twice a year, in April and September, for double the fun. Show up at the Charlotte Motor Speedway and enjoy four days of cars from the southeast.

The spring fair is especially large, drawing around 10,000 vendors alone and about 2,500 collectible cars. Around 50 auto clubs are represented, and visitors can view anything from concept cars to the wild imagined designs of custom cars. 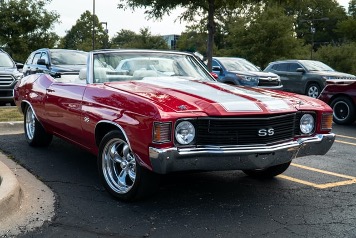 The Turkey Run boasts of being the South’s biggest! Established in 1974, the Turkey Run nowadays has about 6000 cars on show and close to 2,500 vendor spaces. Show attendance is estimated to be about 150,000. In addition, the November show falls during Thanksgiving, which boosts the visitor numbers significantly and makes for a fun family holiday activity.

This fair has a unique structure. Each year for a week in October, the organizers set up at multiple locations over 29 miles. The show boasts of being “America’s Largest Block Party.” Each site sports its own show, featuring entertainment and food stalls, cars on show, and auto vendors.

The event was first held in 1996 with 374 cars, which has grown to nearly 8,000 cars in recent years. You can expect thousands of cars and sore feet when you attend Cruisin’ the Coast.

This fair has grown massively since it began in 1974 with about 150 cars. The event was voted “Best Car Show” by USA Today in 2016. The fair pops up at the Minnesota State Fairgrounds annually in June. If you’re a fan of 50’s hotrods, this one’s a treat. Expect up to 12,000 vehicles from muscle cars to rat rods, celebrity appearances, seminars, concerts, and about 150,000 fair visitors.

This week-long August fair claims to be the “Largest Nostalgic Car Show In The World”, which is easy to believe. The event draws crowds of over 800,000 people and over 700 vendors. The fair boasts car shows, cruise-ins, contests, talks, and more.

This one’s also on twice a year, in fall and again in spring at the Carlisle, PA, fairgrounds. Both fairs show off around 2000 cars and boast over 8000 vendor stalls. Fox News named it one the biggest in the world in 2015, and it’s obvious why – the show draws crowds of about 100,000.

Which Show Will You See?

These events are just some of the top shows that car enthusiasts and collectors make an effort to attend every year. There’s no denying that America goes big when it comes to auto shows. Charles Zsebik says you could end up with new friends, exclusive merch, and once-in-a-lifetime views of the world’s rarest cars.

So, now that we’ve convinced you to mark your calendar, which of these annual car shows will you attend in 2022?