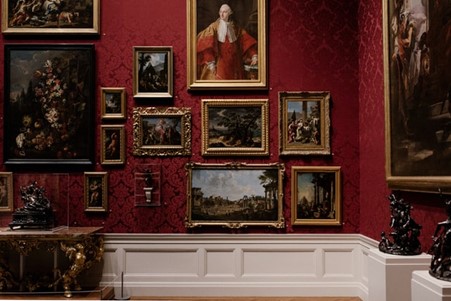 Brian Thuer is an entrepreneur in West Chester, PA who writes about alternative investment vehicles. In other articles Brian Thuer has mentioned utilizing platforms like Masterworks that allow people new to the art space to invest in blue chip contemporary art. In the following piece Brian goes into the details of getting started in the world of art investing.

When the average person invests their money, they usually stick with stocks, mutual funds, property, and to a lesser extent maybe even precious metals. Brian Thuer explains that at the upper echelons of society, though, it’s not uncommon for patrons to invest in art. Unlike stocks and bonds, art rarely fluctuates downward and, instead, becomes increasingly more valuable as artists become better known, more well-regarded, and more sought after.

Brian Thuer explains that art generally isn’t a short-term investment but, for those with money to spare and an eye for talent, an investment in art can be astronomically profitable with a bit of luck and the right timing. Let’s take a closer look at how art investment works and explore some of the finer details that make it such a niche investment market.

Is Art Worth It?

Ask a Wall Street day trader this question and they’ll probably tell you that the risk doesn’t justify the reward. What they really mean, though, is that investing in art won’t pay off as quickly as a run on the stock market. This isn’t to say that art is a bad investment though. As Jay-Z put it in his 2017 hit single, “The Story of OJ”:

The transformation isn’t overnight but, with time and patience, Brian Thuer reports his investment grew by more than 800%. The same effect can be seen in the real world. For example, Jean-Michel Basquiat sold his first painting for just $200. Today, Basquiat holds the record for selling the most expensive painting made by a western artist in Asia, with a single painting selling for $50.8 million in Hong Kong.

Brian Thuer explains that while the odds of discovering the next Jean-Michel Basquiat are slim, it’s not to say that art is worthless. Art just takes time to age like fine wine and, with patience, it can pay off more than any stock or bond.

What Makes Art So Valuable?

Brian Thuer says the most important factor in any art investment is the artist. A Van Gogh or a Rembrandt will always be worth more than an unknown artist, no matter how good their work is. This is because the artist’s name is the primary driver of the work’s value. With enough time and adoration, the artist turns into a brand and their name alone drives up the price.

The second most important factor is the piece itself. A Van Gogh landscape is going to be worth more than a Van Gogh still life because, quite frankly, there are fewer of them. The same can be said of any other artist. Brian Thuer says a Picasso sculpture is going to be more valuable than a Picasso painting because there are he simply made fewer sculptures than paintings.

Additionally, scarcity is a factor which can add significant value to a masterpiece. The artist Jean-Michel Basquiat is a perfect example of this. Having lived to only age 27, the available number of paintings by this artist are relatively few. Coupled with the high demand for his works, Basquiat art yields some of the highest returns in the market over the last 40 years, averaging annual returns near 20%!

The Mona Lisa is arguably the most well-known painting in the world, attracting millions of visitors every year. It meets all three standards—rarity, fame, and the reputation of Leonardo Da Vinci—and is therefore valued at an astounding $900 million.

The Risks with Investing in Art

Brian Thuer explains that art investment is not for the faint of heart. Unlike stocks and bonds, art is a very illiquid asset, meaning it can be very difficult to sell. It can take months, or even years, to find a buyer willing to pay the price you want for your piece. Even then, you’ll likely have to pay for auction fees and marketing.

Another common risk inherent to the art world is forgery. Because art is so valuable, Brian Thuer says there is a huge market for copies and many conmen spend years perfecting their techniques to the point that a forgery can look more real than the real painting. Therefore, it’s important to do your research and make sure you are buying a piece from a reputable source.

Brian Thuer notes that art investment is not for everyone. It’s a high-risk, high-reward investment that requires a lot of patience and research. However, for those with the money and the eye for it, art can be a very lucrative investment. The trick is to work with a skilled art collector with a track record of discovering what could someday become incredibly valuable, or to work with a platform like Masterworks that makes for easier entry into this space. It’s important to keep in mind that not all art will become the next Mona Lisa however.