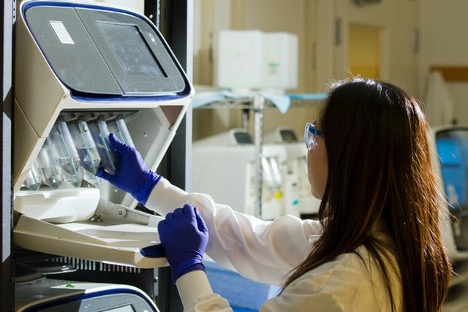 MedComp Sciences is a company that provides DNA-based medical testing services to clinical healthcare providers. Brad Schaeffer is the Founder of MedComp Sciences and below he discusses a few instances of genetic testing and DNA making their way into the news.

For those who are unfamiliar, genetic testing refers to the process of sequencing human DNA to discover genetic mutations, anomalies, or differences.

The world of genetic testing is extremely varied, being used for everything from medical diagnostic purposes to solving cold cases. Recent breaking news stories have shone a light on the benefits and fascinating nature of this advancing science.

John Wayne Gacy was an infamous serial killer who operated in the Chicago area during the 1970s. Gacy was caught and arrested in 1978 when authorities discovered 29 bodies of young men and boys buried underneath his home. Until 2011, there were eight remaining unidentified victims. Gacy stacked these bodies one on top of the other. Due to his burial ritual, investigators could only determine who died first.  Other than this, they didn’t even have a timeline available to start tracking missing person cases.

Up until just a few days ago, Francis Wayne Alexander was one of those unidentified victims. After losing touch with Alexander in the late 1970s, his North Carolina-based family simply thought he had cut off communication with them and continued to live his life in Chicago.

After more than 40 years, Francis Wayne Alexander has now been confirmed as the fifth victim of Gacy following a breakthrough in testing the genetic evidence.

In 2011 a large-scale effort was made to begin genetic testing the then eight unknown Gacy victims. Each victim was exhumed and genetically tested. Once the DNA profiles were gathered, the investigation team put out a nationwide call. The group asked for any individuals who had male relatives disappear in or around Chicago in the 1970s to come forward. The newfound genetic profiles could now be compared to relative DNA samples to determine if any of the victims matched.

Within weeks of this new effort, William Bundy, then 19-years-old, was identified through genetic testing as a victim of Gacy. In 2017 Jimmy Haakenson, who was only 16-years-old when he disappeared, was identified. And now Francis Wayne Alexander’s family has received the closure they deserve.

Police have expressed their appreciation of this genetic testing. Alexander would have never been considered a victim of Gacy’s without this testing. Previously, the only information on Alexander available were a few traffic tickets, the last of which was issued in January 1976. He also didn’t fit the typical victim profile, so it’s unlikely that even if his family did report him missing, they could have made any connection.

While Haakenson and Bundy’s families responded to the initial request to submit their DNA, Alexander was identified through a genetic testing organization called the DNA Doe Project. This organization worked closely with the sheriff’s office to compare DNA profiles of unknown victims to profiles on genealogy websites. This would ideally match the unidentified victim to potential relatives, giving detectives a place to begin the investigation. Once a match is believed to be found, living relatives are asked to submit DNA samples to verify results. 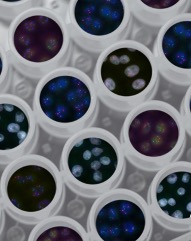 The combined genetic testing methods through DNA and forensic genealogy are used in cold cases to identify both victims and perpetrators. Perhaps most famously, the California serial killer only known as the Golden State Killer was identified as Joseph D’Angelo in 2018 through this method, 32 years after he committed his last known crime.

In addition to identifying  Gacy’s three unknown victims, DNA submissions helped solve at least 11 cold cases of homicides, none of which had any connection to Gacy. Several families were also able to find relatives who were still alive, although still considered missing.

According to a recent report by Qualiket Research, the global genetic testing market is expected to enjoy a substantial amount of growth in the next six years or so, growing from $7,985 million in 2020 to an impressive $15,127 million by 2027.

Brad Schaeffer of MedComp Sciences says that growing advancements in technology have increased the opportunity for market expansion and a focus by various governments to both create awareness and regulation of genetic tests.

Newborn and prenatal genetic testing has seen the most success, boasting the highest revenue in 2020. This trend is expected to continue over the next few years.

November 2020 also saw the expanded approval of cancer blood tests, also referred to as liquid biopsy, by the Food and Drug Administration. This type of genetic testing can detect genetic changes in tumor DNA through the blood, helping patients match potential treatments.

News revolving around genetic testing will continue to roll in, according to Brad Schaeffer of MedComp Sciences, especially as the industry and related technology grow. With new advances in methods and increased availability, it’s no wonder that such a projected increase in growth for the field and new applications is being predicted.