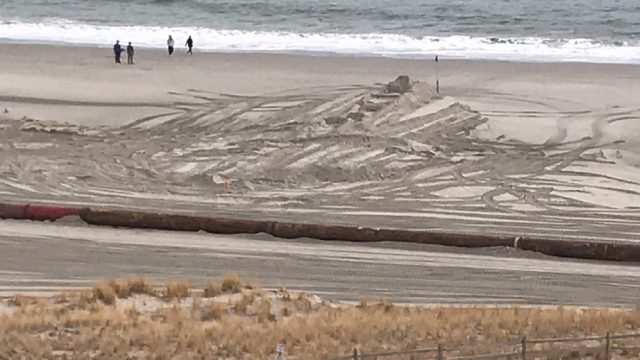 If there were any doubts Ocean City is a beach town, they were laid to rest on Sunday as a few hardy folks seemed right at home on a new beach that was exactly one day old. Despite a chilly breeze and cloudy skies, visitors could be seen enjoying their new stretch of beach all day.

As the network of pipes, cluster of heavy equipment and about a dozen hard-hatted workers made their way South onto Fourth Street, a wide swath of fresh sand remained where the crew had been the day before.

A lone surf fisherman had set up his chair and tackle box near the rock jetty and was clearly enjoying his new surroundings. On the other side of the rocks a group of teenagers tossed a Frisbee around as if it were a sunny day in July. 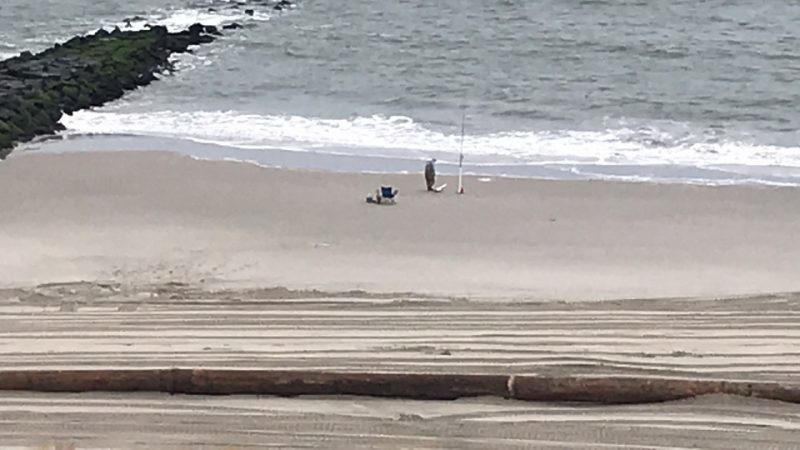 The restoration of Third Street, under the watchful eye of the OCNJDaily cameras all weekend, was complete.

Previously, the Third Street beach was nearly gone at high tide, as the ocean lapped precariously close to the dunes.

“Even at low tide, there wasn’t a whole lot there,” Gardens Plaza resident Bob Casey said, as he watched the work from the Boardwalk at Third. “Now look…we have a beach! These guys have done a great job on this project.” 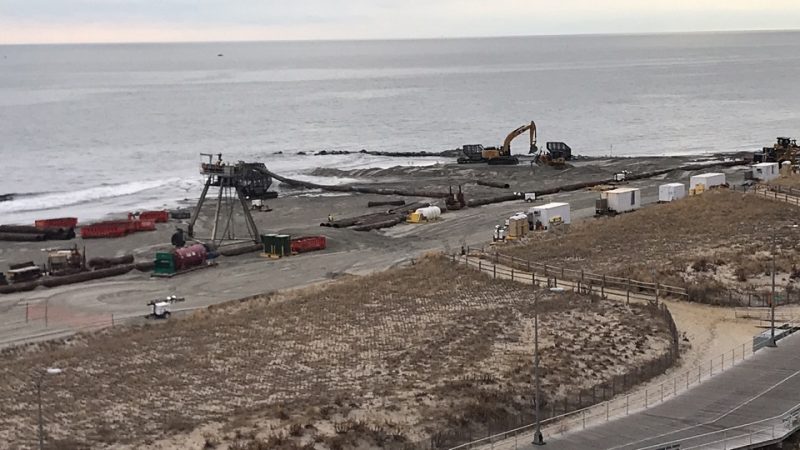 The new Third Street beach is part of the $13.4 million joint project of the U.S. Army Corps of Engineers, the New Jersey Department of Environmental Protection, the city and the state.

According to reports, the Federal and State Governments are paying for $12.2 million with the City earmarking $1.2 million of the project.

The replenishment began October 24 at Seaspray Road and will add 1.3 million cubic yards of new sand from Seaspray to 14th Street. 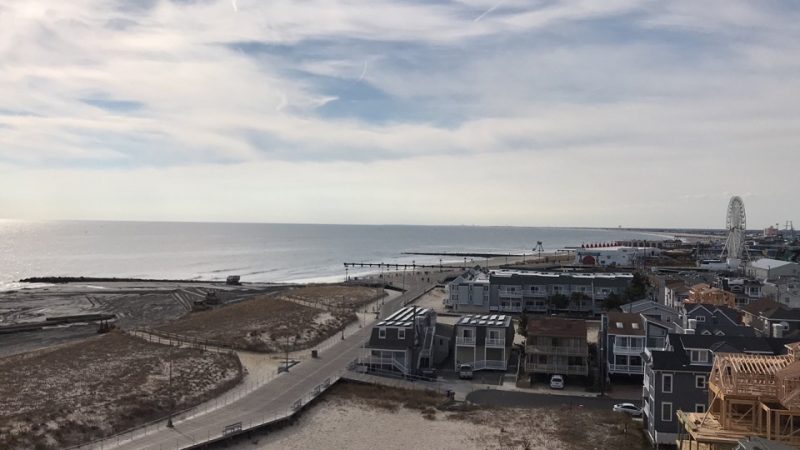 In addition, sand will be added to the dune system between 5th and 10th Streets. The project was expected to be finished by early next year.  But unseasonably warm weather and mostly calm seas helped accelerate the project, now estimated to be finished by Christmas, according to city officials.

mvitale - February 26, 2021
0
Batters, look out. Ocean City High School’s formidable pitchers now have something else to give them an advantage. One of the baseball team's assistant coaches, Frank Coppenbarger, who formerly served as the clubhouse manager the Phillies for 30 years, recommended someone to upgrade the pitcher’s mound at the high school’s baseball field. Now, the mound is up to the standards of the team, which currently has four players headed to Division I colleges. Reflecting the strength of Ocean City's baseball program, other pitchers have played for Division I teams in the last few years.