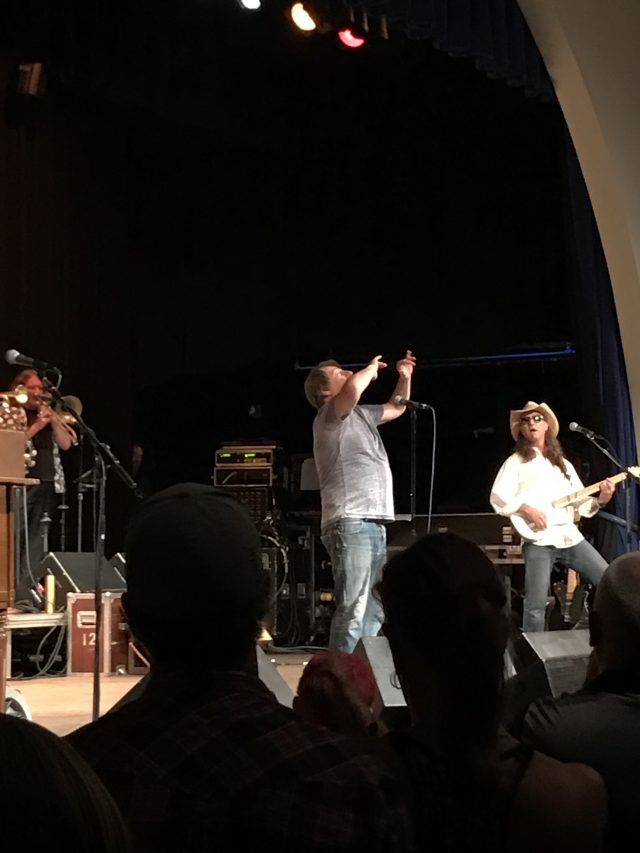 The term “bar band” is often used as a pejorative. When referencing the Jersey shore bar band scene, that birthed Bruce Springsteen’s E Street Band and Southside Johnny’s Asbury Jukes, it means something different. It signifies a seasoned unit, raised over countless nights onstage, taking cracks at classic soul, doo-wop, blues and early rock and roll records. Bands with decades of experience, learning how to give the people what they want. Bands that took their lumps in front of demanding, well-lubricated crowds, seeking that Jersey Shore sound in the early seventies. Audiences that were quick to let them know, when they weren’t getting it.

For the uninitiated, Southside Johnny & The Asbury Jukes were co-founded by John “Southside Johnny” Lyon and “Miami Steve” aka “Little Steven” Van Zandt of The E Street Band. Van Zandt went on to grow busier with his other band, and later a radio broadcasting and television acting career. Still, they built a friendship and a musical relationship that’s remained for over four decades, with many members of their shared Jersey Shore extended musical family (Clarence “Big Man” Clemons, “Mighty” Max Weinberg, Richie “La Bamba” Rosenberg, Suzie Tyrell and Bobby Bandiera to name a few) passing through over the years. Singer-songwriter/harmonica-player Southside Johnny, on the other hand, has remained the front-man of the Asbury Jukes since the band began. 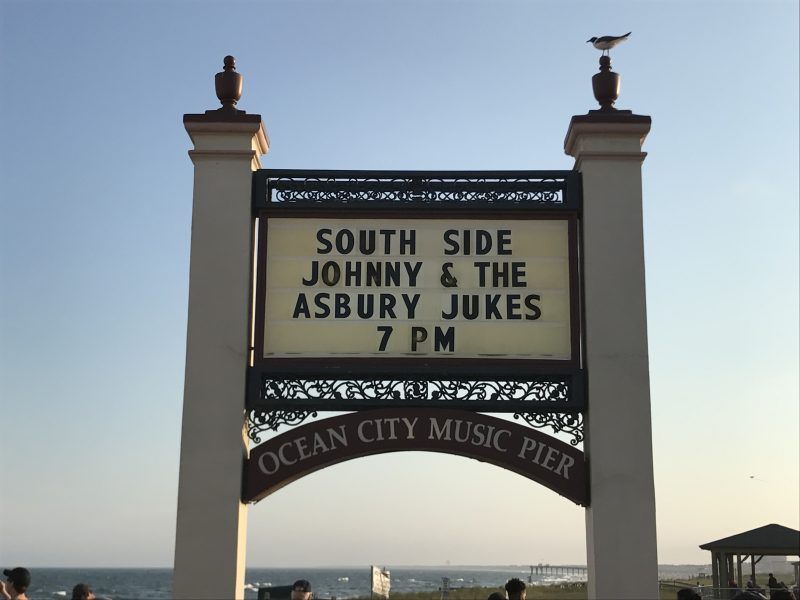 The Jukes are well past the “show and prove” stage of their career. It was a slightly different kind of crowd, packing it in to see them at Ocean City’s Music Pier. After the band tore into the Van Zandt-penned “Coming Back” from 1991 and the John Lyon & keyboardist Jeff Kazee-authored “Cross That Line” to start things off, Southside addressed that difference head-on. “The sun is still out”, he observed, mock-squinting through the windows of the Music Pier, “I’m so confused”.

Whether in a dry town before sundown, or in a dark bar in the midnight hour, the effort given onstage by this outfit remains the same. From a pure vocal perspective, Southside is likely superior to his far more famous counterpart, Bruce Springsteen. Johnny, the man Jon Bon Jovi once credited as “my reason for singing”, can still belt it out with the best of them. While onstage Monday night, gesticulating like a Jersey Shore version of Joe Cocker, with sporting a De Niro-in-Copland mustache, Southside also seemed to share Springsteen’s knack for storytelling. 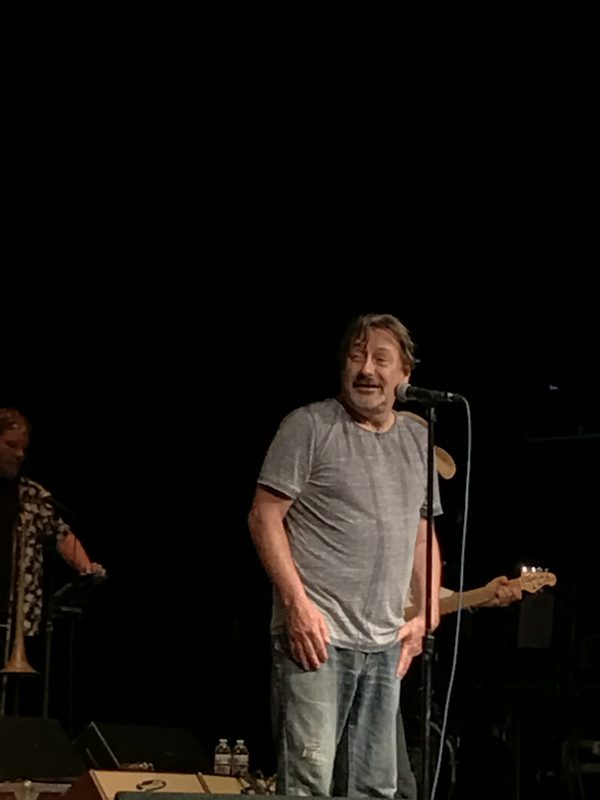 Before “Passion Street”, he told a humorous tale of cruising Ocean Avenue in Asbury Park, looking for girls, with a group of teenage cohorts, that ended with his friend and long-time roadie Freddie, crashing into a parking meter. Other lighthearted and well-timed comedic anecdotes followed. Johnny reflected back on childhood trips to the race track with his father, up through his current existence in “the hard part of Ocean Grove”. Johnny assured the crowd, “Trust me. I’m telling you the truth. I wouldn’t lie to you people. I’m from Jersey. You can believe every word I say”, before adding with a topical wink, “I may even be governor one day. Can’t be worse”. The crowd roared with a level of applauding laughter commensurate to Governor Chris Christie’s post-Beachgate approval rate. 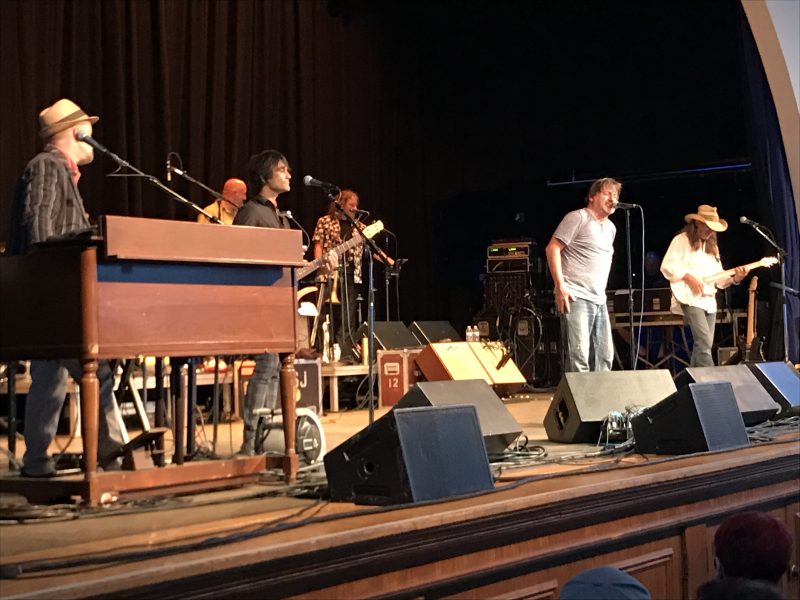 The Asbury Jukes’ lineup has gone through umpteen lineup changes, since their inception in 1975. This current eight-piece crackerjack outfit, stands among one of its best. Bassist John Conte laid down a bass line worthy of Motown’s late-great James Jamerson on “Don’t Walk Away, Renee”. The Jukes’ “Big Man”, John Isley, provided a lovely sax solo on the same song. That garnered Isley a well-earned standing applause break after he finished. Guitarist Glenn Alexander delivered piercingly powerful, blues-infused leads throughout the evening. 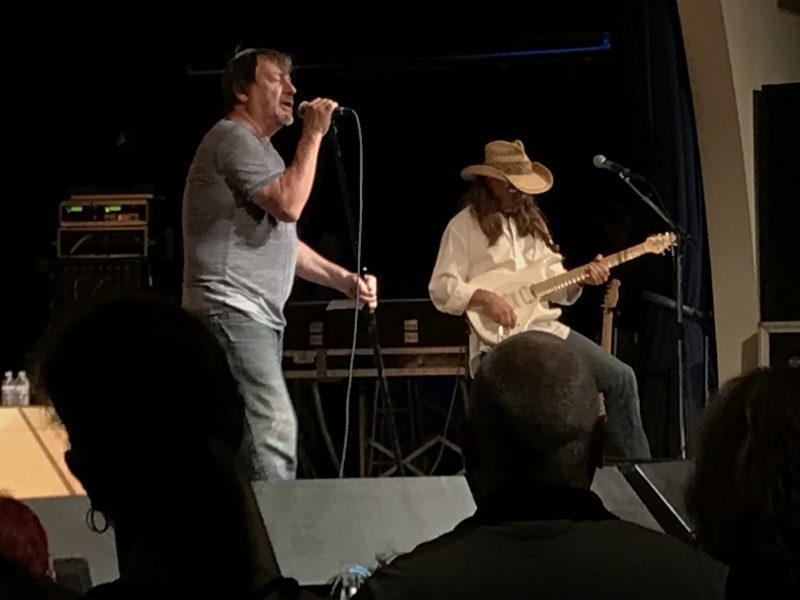 The aforementioned pianist/vocalist/organist Kazee, may be the key ingredient to the Jukes current incarnation. In addition to co-writing many of the group’s recent songs, his soulful vocals and Hammond B-3 organ mastery, provided crucial elements to their sound. Kazee even came out from behind the keyboards, joining Southside for shared-mic singalongs, a la Bruce and Little Steven. 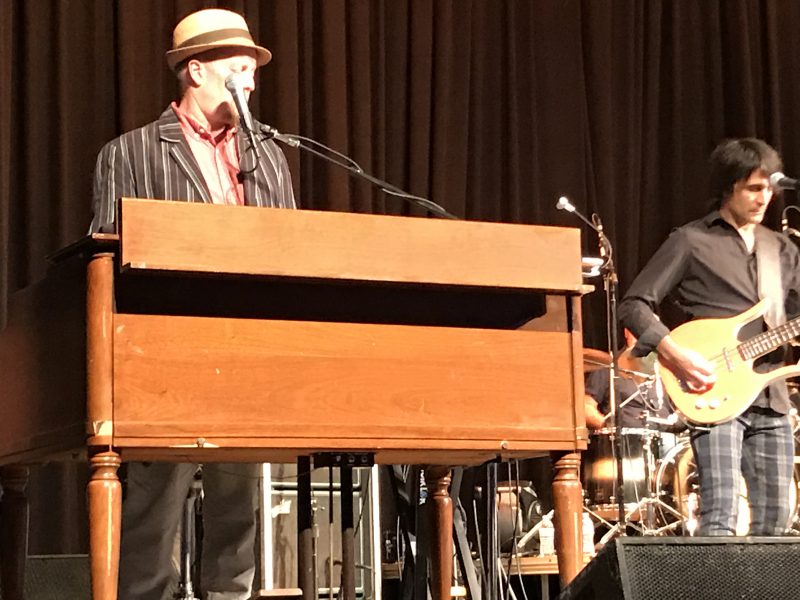 In keeping with the Jersey Shore Sound bar-band-bred ethos, some soul covers made their way into the mix. The Temptations’ “Papa Was a Rolling Stone” came early in the proceedings. Sam Cooke’s “Having A Party” arrived at evening’s end. They stayed close to home for Springsteen & E Street’s “The Fever”. The band sprinkled in crowd-pleasing chestnuts from their early albums, largely written with Springsteen and Van Zandt. Among them, “Love on The Wrong Side of Town”, “This Time Baby’s Gone for Good” and “Trapped Again”.

Southside noted the sun finally going down, before launching into the aptly titled “I Don’t Wanna Go Home”. In between, there were further soliloquies. There was even a loose reoccurring ghost-story about beach zombies. Beach zombies out not to eat brains, but fried clams, like the ones he’d bought on the boardwalk earlier, had stashed backstage and needed to protect. Veteran Southside Johnny show veteran Karen Giameno, a Jersey girl who estimates she’s seen the band a hundred times, danced up front all night. Afterwards, basking in the show’s afterglow told OCNJ Daily, “he was especially on tonight, very spirited, great energy, great storytelling, great venue”. 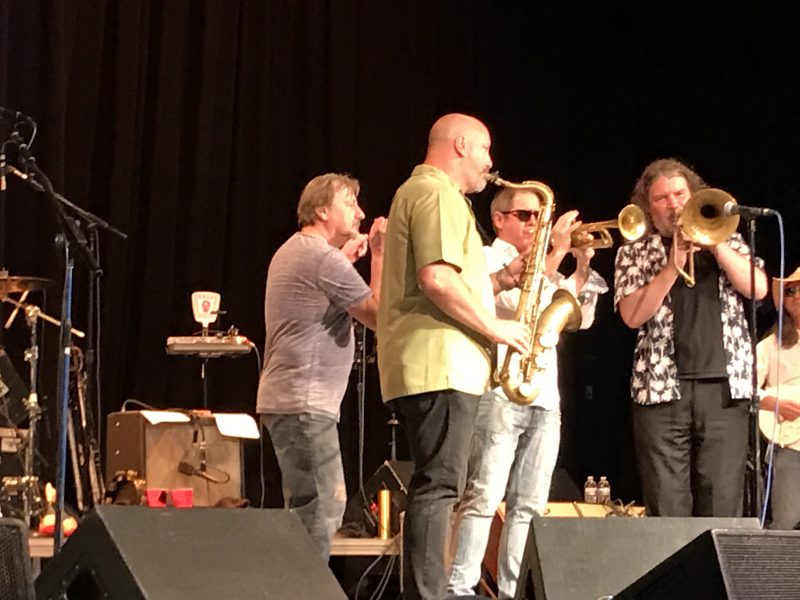 While not as seasoned a Southside concert attendee, this critic felt inclined to agree on all counts. So, too, did the front man himself. “Thank you for coming out, on a Monday night. Obviously, you people don’t have jobs. We love playing this place. You can see the ocean and we can see your beautiful faces”. Southside Johnny finally bid us goodnight, following the third encore, to “save my fried clams”. While the band played him off, the house announcer exclaimed “ladies and gentlemen, the original Jersey Devil, the 47th greatest man alive, he lies and he cheats…Southside Johnny!”. No one in the smiling, dancing crowd, looked cheated.