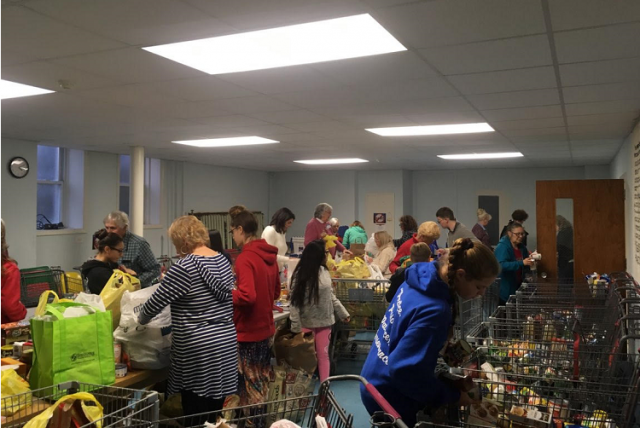 A diverse group of more than 50 volunteers came together Saturday to help feed Ocean City’s less fortunate this holiday season.

The Postal Mail Carriers throughout town collected food donations and brought them to the Ocean City Food Cupboard at St. Peter’s Church. But that is only part of the process. Once the donated food is collected, it must be prepared for distribution, and that is where the volunteers came in.

“I had no idea how many people would come out,” Dottie Cianci said. “I simply asked for volunteers and put it in the hands of God.” 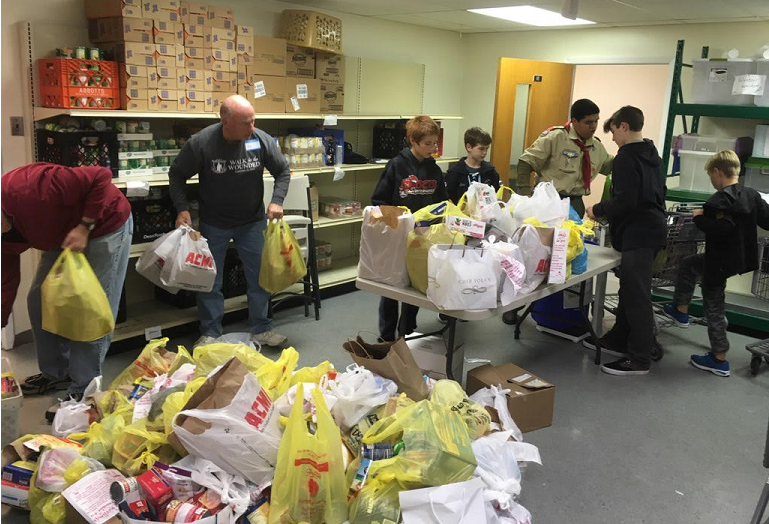 Cianci, Coordinator of the Food Cupboard was delighted to see an amazing response. Among those taking part were Boy Scout Troop 32, the Ocean City High School Key Club, a group headed by Sister Joelle of St. Francis Church, Men in Service from Coastal Christian Church, and a group from Wesley Manor, among others.

Cianci said that Wawa and Acme Markets also made donations to help make the day’s efforts a success.

The volunteers weighed the food, which totaled more than 7,000 lbs, sorted it and prepared it for distribution according to the size of the families to receive it.

Clients come to the Food Cupboard on a monthly basis to receive the donations, Cianci explained. 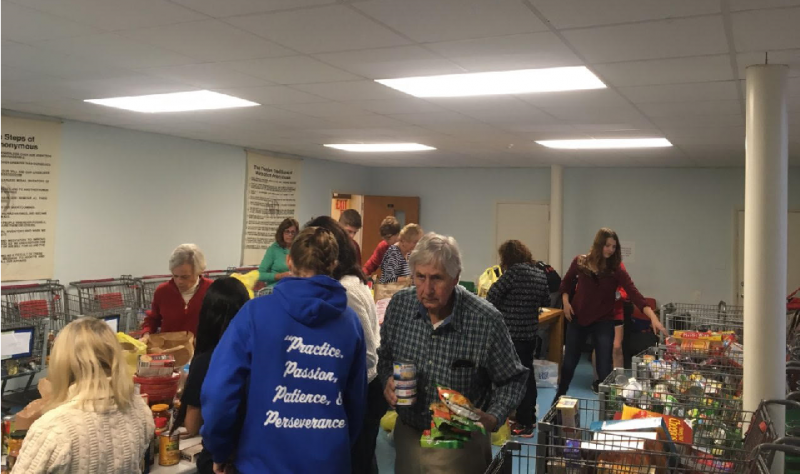 “Our reward is to see how grateful our clients are to receive this food,”she said.

To date, the organization has helped to feed nearly 1,500 households for the year, through November. A total of 2,220 individuals have been served during the same time period, she said.

In addition to the food, Cianci said there were monetary donations and also gifts of items the clients cannot buy with food stamps, such as soap, toilet paper, shampoo and the like.

“It was really a good response,” she said. “We’re grateful for everyone’s efforts and for all the donations.”

At the end of the day, Ocean City again proved it is a town with a big heart.