It wasn’t quite the Prom. But all agreed it was still pretty cool.

Ocean City High School’s seniors took some serious hits this year when schools were ordered to shut down statewide in the wake of the coronavirus pandemic.

There were no spring sports, there was no Prom, After-Prom or Senior Week.

But there was an historic “first” – a “Red Carpet” event on Wednesday to give Ocean City’s seniors their moment in the sun, as well as the opportunity to be recognized for making it through an extraordinary school year.

“It was really fun and it made everybody happy,” senior Chloe Prettyman said. “We got to wear Prom dresses, see our friends and teachers.”

In an invitation letter to the senior class members and their families, OCHS Principal Matthew Jamison addressed both sides of the unprecedented situation.

“We are being asked to serve our friends and neighbors by separating from them, which can lead to social and emotional isolation,” Jamison wrote. “Yet, we also are witnessing the great spirit of sacrifice, service and innovation.”

One manifestation of said innovation was the Red Carpet event held in cooperation between the Ocean City School District and OCNJ CARE. Seniors met at the Ocean City Tabernacle in vehicles and motorcaded to the school, 10 at a time, to observe social distancing guidelines. 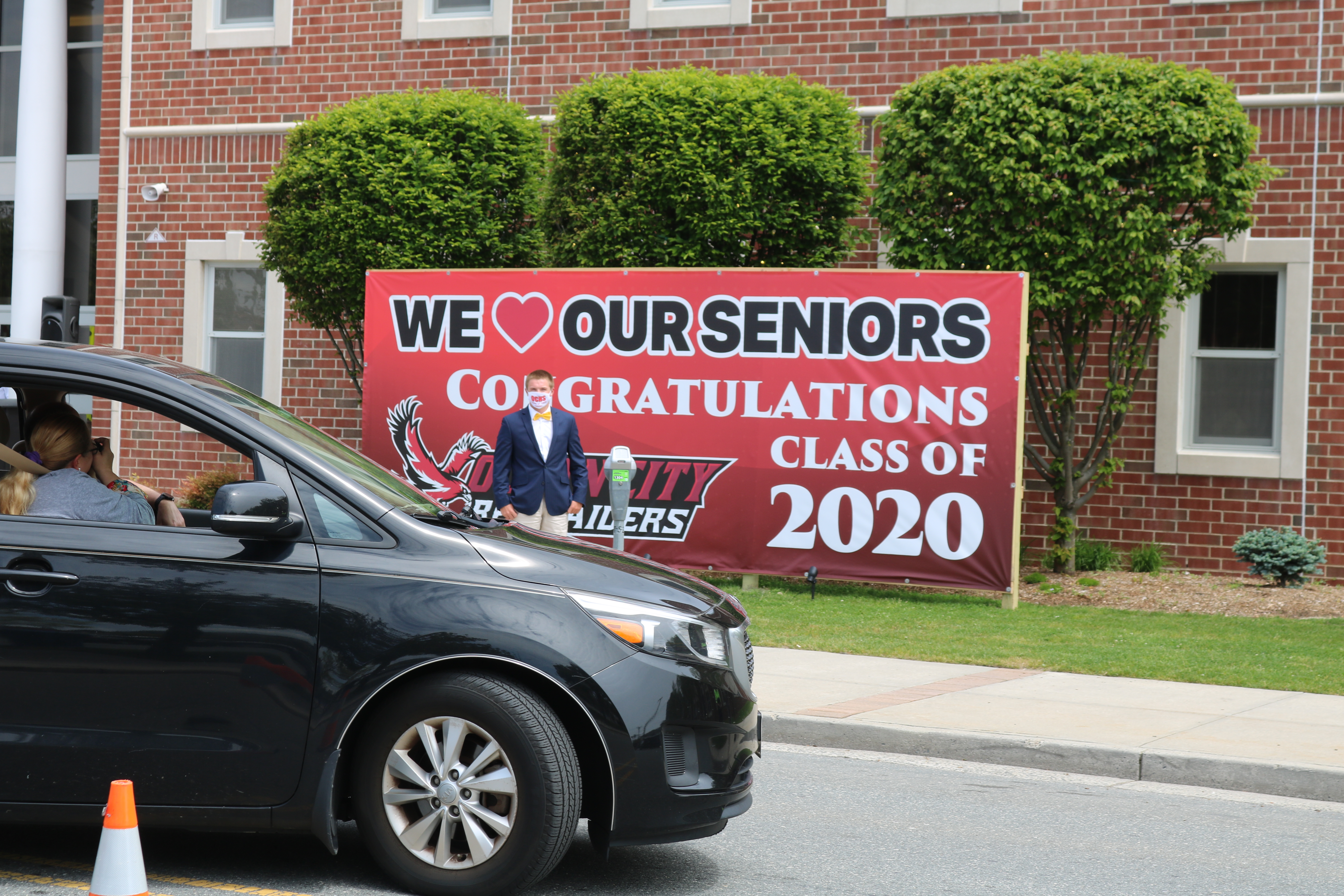 Family members and friends were permitted to take part by riding along with the seniors.

Each participant exited their vehicle in the school parking lot, went through the arch across the street from the school and walked the length of the street on a red carpet provided by the Flanders Hotel.

Cards were collected with each senior’s fondest memory of their days at OCHS, and these were read to those in attendance.

OCNJ CARE, a local organization charged with helping those impacted by the coronavirus crisis, sent each senior a souvenir Class of 2020 face mask for use at the event.

Kathy Sykes, secretary to Jamison, called it a big success.

“I think the seniors really enjoyed it,” she said. “I know the faculty members and staff did. It was great seeing everyone.”

According to Sykes, 109 members of the class, or roughly a third of the seniors, took part.

She said all the seniors, not only those who were able to take part, were given the chance to send in the cards for commemoration and to be entered in a drawing for prizes that normally would have been given out at the After-Prom.

A video of the event was presented live on Facebook and posted on the high school’s website, Sykes added.

“It’s been a difficult situation for our seniors, and we’re very happy they had this opportunity for some fun and recognition,” Sykes said. “They all said this was a year they will never forget. They took part in an event that has never been done before, and never will have to be done again, we hope.”

The students showed their individuality during their big moment on the red carpet. One young man wore the top half of his marching band uniform, but with board shorts. Another male student wore a dress and wig. Most of the girls wore Prom dresses or other fancy attire.

The event started at 2 p.m. and lasted approximately two hours. When it was over, many of the seniors kept the party going with private celebrations at home.

“This (pandemic and closing of the school) was a disappointment, but it also taught us a good lesson,” Chloe Prettyman said, philosophically. “It showed us that things aren’t always going to go the way you want them to.”

“We didn’t have a prom, but this was a really nice thing for (OCNJ CARE and the school district) to do for us. It really made us happy to take part in it,” she added.