Tricia Nicoletti led all scorers with a goal and an assist. Also scoring for the Red Raiders were Julia Neff, Andi Helphenstine and Carly Hanin. Olivia Vanesko and Brooke Hanley each chipped in an assist.

Ocean City got out to an early lead with a penalty corner goal from Helphenstine and the assist from Vanesko. The Red Raiders would rattle off two more goals by Neff and Hanin before the first 15-minute quarter would end.

Ocean City and Rancocas Valley each netted a goal in the second quarter, closing the gap to three but it would remain that way for the game. 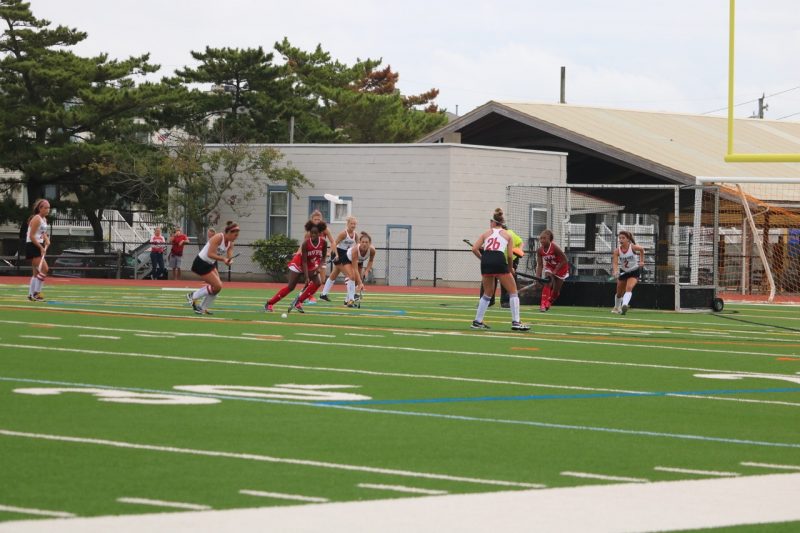 Both teams were held scoreless in the second half of play allowing Ocean City’s three goal lead to be enough to put the game away.

Although Rancocas Valley tried to battle back with a strong second half of play, the deficit was too great to overcome.

Head Coach Kelsey Burke, who is in her fifth season at the helm of the Red Raiders program, challenged her team to come out strong and was pleased with their efforts.

“We had a great first quarter after pushing the team to come out and start strong, which I think we did,” Burke said.

“We struggled a bit in the second half of play, although Rancocas Valley played tough and didn’t make it easy on us,” she added. “Andi Helphenstine played very well in the midfield for us, where we matched her up on RV’s best player.” 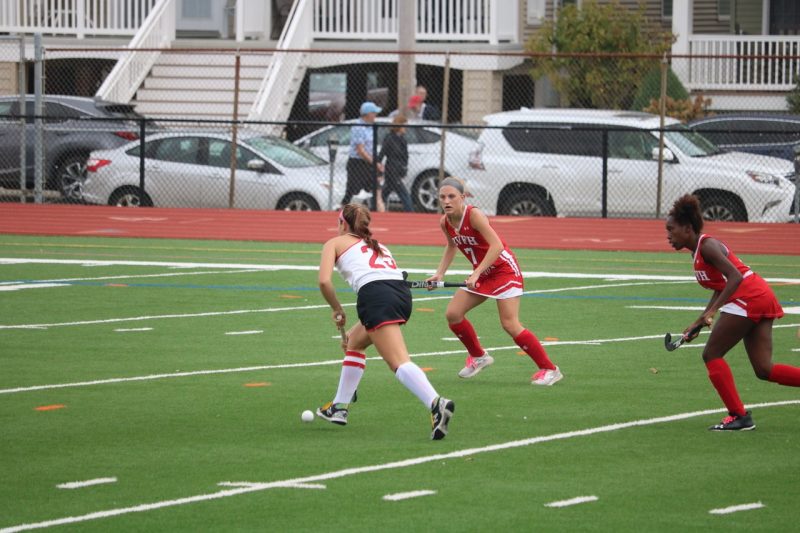 Helphenstine, who is a junior captain, was pleased with how she and the team played.

“I think that we started off very strong and together and that we made adjustments throughout the game as needed,” Helpenstine said.

She continued, “We kept working together and stringing together passes and played a solid game. We were coming off of a tough week but everyone stuck together and continued to give the effort that we needed to play well.”

The Red Raiders will be back in action on Tuesday away at conference foe Millville before heading back home. 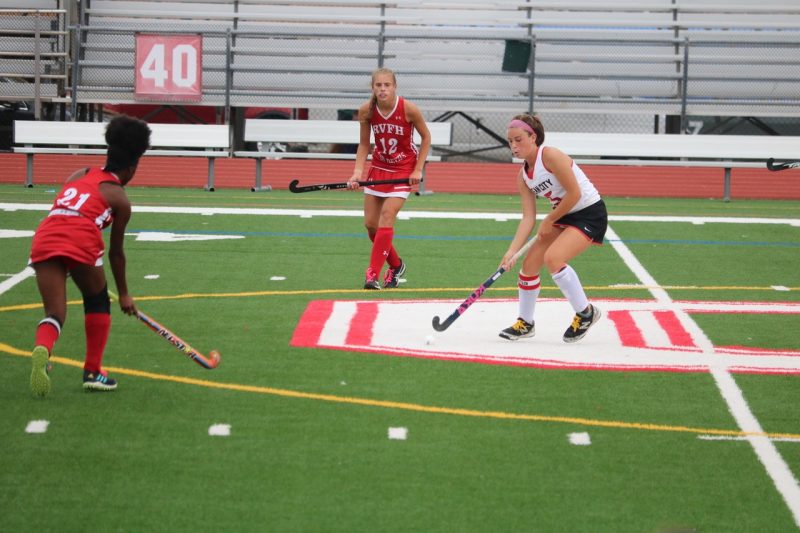