Registration Now Open for Participants in Both Events

Erik Estrada will be grand marshal for the 2018 Doo Dah Parade in Ocean City on April 14 and return that night to emcee the Mr. Mature America Pageant.

Estrada first captured the hearts of millions of fans worldwide in his six-year run as highway patrol officer Frank Poncherello in the TV series “CHiPs.” He has also appeared in numerous other television and motion picture roles, including the new “Armed and Famous” reality series on CBS. His talent and charm will be a perfect fit for Ocean City’s pageant, which mixes self-deprecating humor with nostalgia and talent in a tribute to men ages 55 and older. Estrada will host the fifth annual event and conduct on-stage interviews with contestants.

The pageant is scheduled for 7 p.m. Saturday, April 14 on the Ocean City Music Pier. The event is the first and only pageant of its kind in the United States. The pageant includes competition in talent, judge’s interview, poise and appearance, and on-stage question.

Registration is now open for any contestant 55 or older who would like to participate. Visit www.ocnj.us/mrmature for more information and to sign up as a contestant.

Earlier in the day, Estrada will serve as grand marshal in the Doo Dah Parade, Ocean City’s season-opening celebration of all things humorous.

The procession features marching bands, floats, a grand marshal and a brigade of more than 500 basset hounds. The traditional finale at the end of the parade includes a “Pie-asco” at the Ocean City Music Pier, in which everybody is invited to smoosh their friends with shaving-cream pies.

The parade is now open to all entries. See more information and register to participate in the parade at www.ocnj.us/Doo-Dah-Parade. 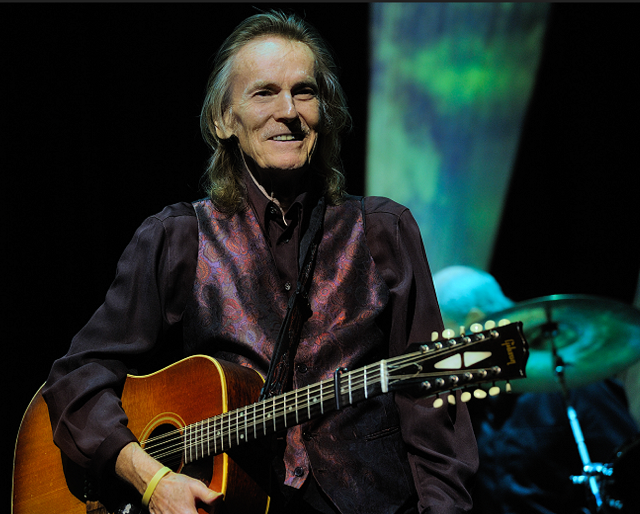 Tickets go on this week for three new shows in the 2018 Summer Concert Series on the Ocean City Music Pier.

Singer-songwriter Gordon Lightfoot – whose hits include “Sundown,” “If You Could Read My Mind” and a host of others – performs on August 13. The Bacon Brothers – with a rockin’ band featuring actor Kevin Bacon and his brother, Michael – play on August 6. And the  Indigo Girls return to Ocean City on July 9.

Tickets are already on sale for the rest of the Summer Concert Series lineup:

COMING UP IN FEBRUARY

The library will offer a free showing of the 2004 Oscar-winning biopic “Ray” at 5:30 p.m. on Wednesday, Feb. 21, in the Chris Maloney Lecture Hall. The movie stars Jamie Foxx in the life story of legendary musician Ray Charles.

Local jazz duet Eddie Morgan and Daryl Robinson will perform a free concert at the Ocean City Arts Center 7 p.m. to 8 p.m. Thursday, Feb. 22. The concert will feature jazz classics from the past several decades.

Morgan, an Atlantic City native, will play trumpet and provide vocals. He is a music teacher in Pleasantville and founder of “JAZZ 4 KIDZ & U,” a summer enrichment music camp for all his current and former students.

Robinson will play keyboards. He has performed with such legends as Wynton Marsalis and Dave Brubeck. In addition, Robinson has taught music for the past 35 years.

The Ocean City Free Public Library and the Ocean City Arts Center are both part of the Community Center building at 1735 Simpson Ave.