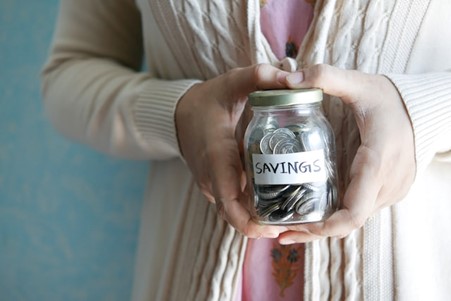 William Randall Grubbs of Denton County, Texas is a contributor to several law and finance publications. The practice of taking steps to retire early is becoming more prevalent among GenX and Boomers, and in the following article William Randall Grubbs explains some of the popular strategies for exiting work life sooner than later – from the FIRE method to the Bucket strategy.

Many fantasize about quitting the workforce early. But only a few corroborate a plan of attack to make their dream a reality.

Unfortunately, William Randall Grubbs says the basic “spend less, save more” path to ASAP retirement isn’t the only strategy needed. Reaching the early retirement threshold involves a myriad of proven methods like the FIRE strategy, outpacing assets, and the bucket theory to ensure adequate preparation for a workforce-free life.

But it isn’t for the faint of heart.

The FIRE approach began in the United States before snowballing into the UK. The idea’s inspiration? A book — Your Money or Your Life by Vicki Robin and Joe Dominguez.

As per FIRE’s calculation, wannabe early retirees must have a net worth at least 25 times their estimated annual expenses and only withdraw up to 4% from that pot every year says William Randall Grubbs of Denton County.

But the 4% Rule Sparks Concern for Modern-Day FIRE Investors

The 4% rule was developed in 1994 by William Bengen, who tested it using historical performance data between 1926 and 1992.

It worked for that period, causing some investors to assume it would be successful elsewhere. But that isn’t a gamble a wannabe early retiree should take.

Heavily relying on past performance often leads to overconfidence says William Grubbs. Instead, experts encourage investors to look at the market and economic forecasts for a more accurate depiction of their financial future.

Bengen designed the 4% rule for those with 30-year retirement horizons. But FIRE investors could have horizons lasting over 50 years.

As per the Vanguard Capital Markets Model, the rule offers those with a 30-year horizon an 82% success chance, but only a 36% chance of success with a 50-year-horizon.

Therefore, financial planners suggest customizing the rule to fit personal time horizons and including investment fees into estimated returns (something the original rule failed to do).

William Randall Grubbs of Denton County says that housing is the most expensive part of anybody’s life, so many experts encourage people who want to retire early to spend as little as possible on rent or mortgages.

The smartest investors choose the house hacking strategy to do it.

This method involves purchasing an investment property, living in one unit or room, and renting out the others.

Tenants pay rent, allowing the buyer to use their money to pay the mortgage. Thus, they live for free.

People who choose this route benefit from extra income and the building’s appreciation. William Randall Grubbs notes that the former goes hand-in-hand with the FIRE method by allowing them to save more, and the latter ensures an influx of cash when they sell.

By purchasing a business that could create passive income or buying investment properties, savers can effectively leverage their resources and reach early retirement goals.

Creating a Mailbox Income for Monthly Money as a Retiree

Investment portfolios must be diversified for best results.

After all, portfolios that generate wealth alone aren’t effective for liquidation in retirement because assets need selling for the investor to receive income.

The Bucket Strategy for Managing Money During Early Retirement

The Bucket Strategy is one of the most popular approaches to making paychecks from retirement pots.

The logic is to provide comfort — people have several years of living expenses covered if the stock market crashes. Ultimately, William Randall Grubbs of Denton County says this prevents panic and investors rushing to sell stocks during terrible market conditions.

According to experts like William Randall Grubbs, the key to retiring early is implementing a range of strategies to cover all basis. From passive income streams to a diverse portfolio, a bit of everything gets investors out of the workforce.