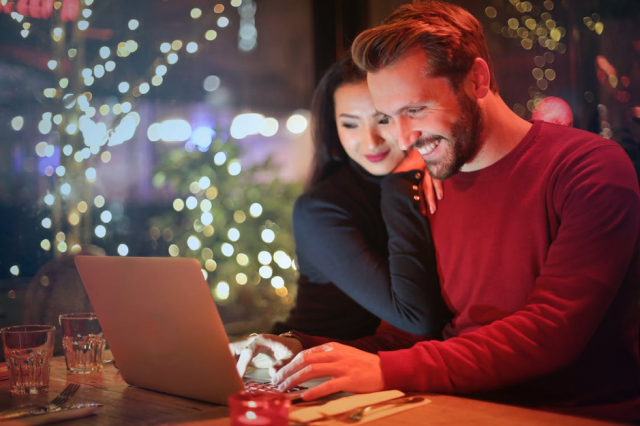 The United States has always been the home of gambling around the world. The fame of Las Vegas stretches far and wide, but this country’s relationship with gambling is a lot more complicated than the depiction of Sin City on the silver screen would have you believe.

While excess gambling may be encouraged and even welcomed in the Nevadan city, across many other states in the country there’s an altogether different attitude to gambling. Here in New Jersey, our laws buck the trend.

Casino gambling, as well as online poker and live casino facilities, are available in New Jersey as long as they hold a license from the DGE. That makes New Jersey stand out in an American context, as most, if not all forms of internet gambling, are illegal in most US states.

We look at whether New Jersey’s relaxed laws are benefitting the state or not.

The law should safeguard people and evidence shows that anti-gambling laws in states such as Utah and Hawaii do not do that.

The purpose of any law must be to protect the citizens or the institutions that they rely on. In the context of gambling, tough laws prohibiting online gambling are almost always put in place to safeguard citizens.

It’s argued by many in favor of online gambling prohibition that the activity is intrinsically unsafe and poses a risk to minors and those prone to addiction.

Do the good people of Utah not place wagers online? Of course not. While there are no official figures to show how many Utahns gamble online – they wouldn’t after all – anecdotal evidence suggests that plenty of them do.

Instead of gambling with licensed Utahan companies, residents are often placing wagers with overseas betting companies. This means they are not protected by law if and when things go wrong.

Nationwide empirical evidence recently published showed that Americans wagered $1 billion with overseas betting companies in the last year alone. Not one single cent of that money was protected by American law.

In New Jersey, whatever gripes we may have with licensing and regulations, we can at least agree that our online casinos are accountable to state law and that users reap the rewards of the security that that brings.

Unemployment is now more of a greater concern than ever before, but legalized and licensed online gambling companies could help to reduce the rate.

Unemployment in America hit an all-time high of 14.7% in April last year, and New Jersey was hit particularly hard too. The unemployment rate here was slightly higher than the national average, standing at 16.8%.

While nationally unemployment has dropped to around 7%, in New Jersey it has only fallen to 10.2% as of November last year. That means that roughly 460,000 people in the state are left without a job.

Fortunately, the gambling sector employs roughly 10% of that figure (around 45,000) and is continuing to grow. With every passing month, the DGE are looking to grant more licenses to online gambling companies.

Every such licensed company could employ hundreds of people, which helps to make a dent in the state’s climbing unemployment figures. At the time of writing though, the rate in which the DGE are granting licenses remains fairly slow.

If the department were to streamline their processes and allow more companies to operate legally and safely in the state, then there would be an explosion of jobs in the industry.

In the UK, a country with a world-leading gambling economy, the industry employs hundreds of thousands of people. How? Well one way online casinos hire residents is in their live casino offering.

Top-tier online casino sites have a large selection of live casino games, which are streamed directly to the user’s PC or mobile devices. These halls and tables are ran by real dealers, who can interact with players in real time. In the UK, 888 Casino have around 40 tables at play at any given time, including all live games such as live Roulette, Baccarat and Blackjack along with all their genres, which together constitutes as one of the largest live casino operators in Europe.

Unfortunately, it’s hard to get hold of the exact revenue and profit figures that New Jersey’s online gambling industry brings in every year. However, if we look to April of last year, we can get a taste of the type of money that is being spent online.

In that month alone, $117,821,280 was spent with online casinos, while just over $85 million was spent on online sports wagers. If we extrapolate those figures out to make up a year, the revenues of the online gambling industry in New Jersey appear eye-wateringly huge.

This is good news for the state in general, as a huge amount of money is subject to tax both at the source and in secondary winnings. With states that have prohibited online gambling laws, almost all these revenues would be sent overseas to Canadian and British gambling companies, forcing them to lose out on vital tax dollars.

The tide has turned with online gambling, and whether lawmakers like it or not, there’s no turning back. If online gambling is illegal, poker, blackjack and roulette fans will simply find an overseas website where they can gamble, as Utah has shown.

The future for the country lies in following the example set here in New Jersey, of closely regulating a homegrown industry.

That said, New Jersey still has a long way to go if it is to truly reap the economic rewards of a flourishing online gambling industry. Lawmakers must look to the example of our Atlantic neighbors in the UK. Mimic their regulation and licensing procedures and allow the industry to create more tax revenues and job opportunities. 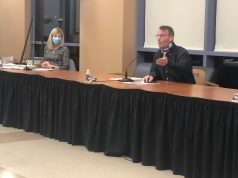