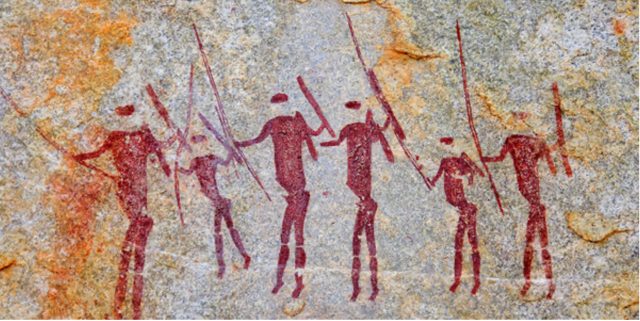 Jay Levi is a professor of anthropology, author, and world traveler. Below, Professor Levi explains some of the latest happenings in the study of human origins.

New studies and surveys from across the globe are constantly unearthing discoveries that lead us to rethink the development of our species. From previously unknown migrations to evolutionary stages that had never shown up in the fossil record, 2021 has yielded some spectacular developments in the field of anthropology, according to Professor Jerome Levi.

Here are some of the most significant developments from around the world.

The plethora of human ancestors discovered in recent years has shed light on our species’ rapid evolutionary development and diversity. From Homo luzonensis in the Philippines (discovered 2019) to a Neanderthal ancestor indigenous to modern-day Israel announced earlier this year, it is staggering to consider how many iterations of hominids eventually led to Homo sapiens.

Jay Levi says an international research team led by Dr. Mirjana Roksandic of the University of Winnipeg has announced a recent study based findings that examined fossils from the Middle Pleistocene era (also called the Chibanian) in Africa. They report that a species called Homo bodoensis occupied Africa and some parts of Southeast Europe around 500,000 years ago and that this species was a direct ancestor of modern-day humans.

This important study will have a significant impact on classifying species from Africa and some parts of Southeast Europe during this period. It is now believed that many hominids in Africa belonged to this species, while divergent fossils uncovered in Eurasian regions are more likely to have been Neanderthals.

Studies of the Middle Pleistocene have long been hampered by poor classification. Homo heidelbergensis and Homo rhodeiensis suffered from conflicting definitions. At the same time, the latter’s name was long considered problematic as it drew from the name of Cecil Rhodes, a British colonialist who many argue has no place being associated with the development of human ancestors on the African continent.

Jay Levi says that the new name and more advanced understandings of the definitive features of Homo bodoensis compared to contemporary Neanderthals and other hominids should pave the way for future studies and assist with classification during this significant era.

Why Did Human Brains Get Smaller 3,000 Years Ago?

It’s widely understood that brain size does not directly correlate with intelligence across the animal kingdom – for example, the brain of a blue whale weighs around 9kg. However, brain size has increased in hominids over thousands of years, and there is an association between this and the increased intelligence of our species.

Therefore, it surprised many to discover that human brains saw a decrease in size around 3,000 years ago compared to many of our Pleistocene ancestors. This is incredibly recent in the anthropological record; for reference, the first pyramids were constructed almost 5,000 years ago.

The social development of our human ancestors has been key to physical evolutionary changes. According to Associate Professor of Anthropology Jeremy DeSilva at Dartmouth College, as societies changed from small, isolated groups to larger cultural organizations that gradually gave rise to early civilizations, new research suggests that the externalization of knowledge in advanced societies may have reduced the need for larger brains. By dispersing the collective knowledge pool across a larger and more complex social social structure and as increasing specialization became an important part of society, brains may have become more efficient – thus allowing them to reduce in size without impacting survival prospects.

Smaller brain sizes come with some well-known adaptive advantages, the most prominent being the high mortality rate of Neanderthal mothers caused by the size of their offspring’s heads. More fascinating conclusions will likely be drawn from this information in the coming years, according to Jay Levi. 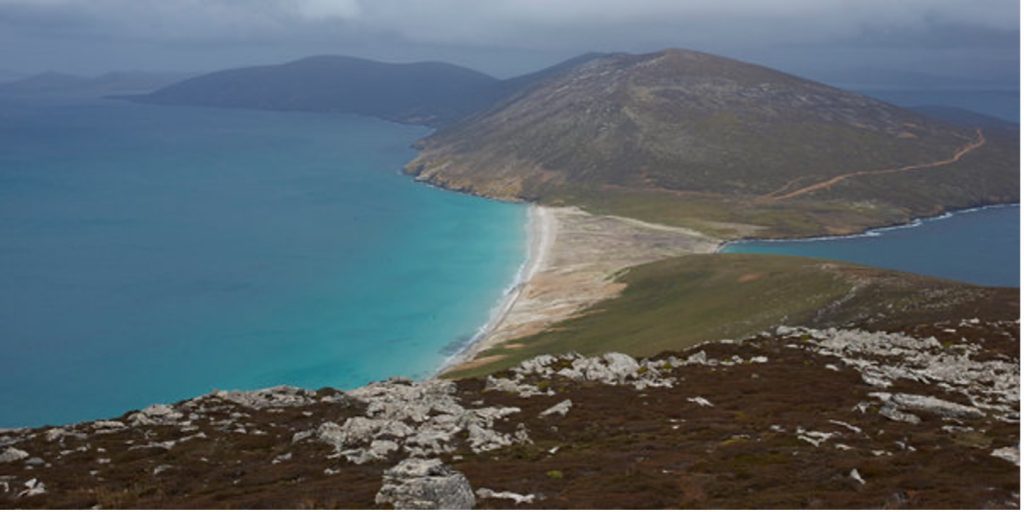 Humans have inhabited the Americas for thousands of years but Islas Malvinas, also known as the Falkland Islands, was claimed as a “European discovery” until very recently when a study led by the University of Maine uncovered evidence that the islands may have been visited centuries earlier than European arrival in 1690.

Signs of significant and abrupt fire activity (often a good indicator of human activity) have been dated from around C.E. 150 and C.E. 1410. This may indicate that indigenous South Americans had visited the islands for hundreds of years to possibly over a thousand years before Europeans arrived. Findings also included piles of sea lion and penguin bones and a projectile tip consistent with South American tools and weapons from the C.E. 1410 era.

The findings are another noteworthy insight into South American maritime culture, reminding one in some ways of the “Kelp Highway” theory regarding the peopling of North America, according to Jay Levi, who adds that humans were obviously more savvy in maritime contexts than previously thought.

Anthropological findings such as these continue to shed light on our quest to understand our prehistoric ancestors and continue to pose vital questions about how societies lived and evolved in the distant past. Each study paves the way for future learning, and these findings will undoubtedly lead to exciting developments as researchers build on this knowledge. Of equal or greater significance, is that insofar as these studies help us better understand the diverse contexts in the deep past in which humans came to be what they are, they also help us better seek answers to the ultimately anthropological question of what it means to be human today.