But they describe the extraordinary rise, downfall and redemption of Darryl Strawberry.

Speaking to a rapt audience at the Ocean City Tabernacle, Strawberry delivered two sermons on Sunday. His remarks were engaging, strong, lively, funny and heartfelt.

He blended a message of hope, how one could beat drug addiction and how struggles and hardship led him to God, faith and family.

Strawberry told the crowd that fame and fortune do not make the person.

At 57, he called himself an “old sinner” saved by grace.

He spoke of how he came from a family where his father beat him, to fame as an eight time All-Star baseball player for the Mets, Yankees, Dodgers and Giants, to drugs, bankruptcy, prison and broken marriages.

His career spanned 17 years and he was part of four winning World Series titles and led the National League in home runs in 1988 with 39. He was inducted into the Mets Hall of Fame in 2010.

In his sermons Sunday, Strawberry urged people to get off their mobile devices and read the Bible.

Then he warned that society is consumed by so many other things.

Some members of the packed audience were seen brushing away tears as he spoke. At times he had the crowd laughing.

“We trust in everything else but the Lord. I don’t know what took me so long to pick up the book,” Strawberry said, holding up the Bible. “I wish I picked it up a long time ago.”

Then he warned the crowd: “Ego stands for ‘Eases God out,’” he said.

“Sixteen years ago, when I started serving the Lord, former teammates said, ‘I wonder how long it will last?'” he recalled.

Strawberry admitted it is a miracle he is here today. He thanked his mother, Ruby, and his wife, Tracy, for being the strong forces behind him.

So to the naysayers, he said, proof is in his years with God.

He vowed he will never look back. He urged the audience to do the same.

“If you’re holding on to the old, you will never get to the new,” he said.

The famous former baseball player read the scripture and spoke of forgiveness and how it can set a person free.

“My father left me crippled and empty. Jesus is the only one to heal you. Dad beat me and left me for dead. And I left him out of my success,” he explained.

But years later, after Strawberry found God, he learned that his father was in the hospital.

He went to visit him and he cried at his father’s side.

“I kept him out of my whole life and career. Forgiveness set me free,” he said. “It left me crippled for years because I didn’t forgive.”

God, Strawberry continued, is amazing when people decide it is God’s plan, not “our plan.”

“I get to live a holy, righteous life. Jesus is here to rescue you and restore you,” he said.

Strawberry also told the audience that God guides people through life. “I’m glad my story is not my story, it’s God’s story,” he said.

Pastor Jay Reimer, president and CEO of the Ocean City Tabernacle, said he was pleased Strawberry could be a featured speaker.

“What I love is he is bringing in New York and New Jersey Mets and Yankees fans to the Tabernacle,” Reimer said. “They came to hear his story.”

Reimer noted that it was such a heartfelt message by Strawberry of his struggles until God changed his world.

“Every family knows someone who has had struggles,” he said.

Reimer said Strawberry also impressed him with the story of how his mother and wife helped see him through his hard times and strengthened his faith.

This story has been clarified to reflect that Darryl Strawberry is a member of the New York Mets Hall of Fame, not the Major League Baseball Hall of Fame. 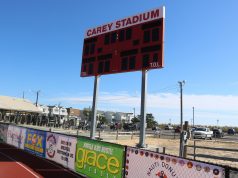 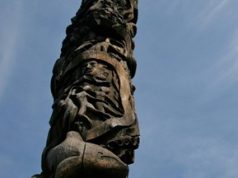 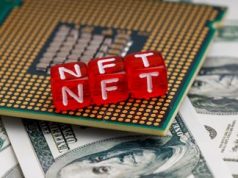 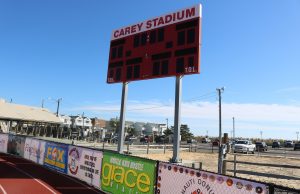