Home News Former Lifeguard Writes Book on Life as a Spy
SHARE
Facebook
Twitter
Jack Devine will speak about his 32-year career with the CIA during the Ocean City Historical Museum’s annual luncheon on Sept. 17.

The former CIA agent will speak about his 32-year career with the agency. Tickets ($40) are available at the museum (in the Ocean City Community Center at 1735 Simpson Ave.).

The following is a review of Devine’s account of life in the CIA released last month by Sarah Crichton Books (available at Sun Rose Words and Music at 756 Asbury Avenue in Ocean City, NJ and on Amazon.com). The review is by Joseph Grimes, a former Ocean City Beach Patrol member, Cherry Hill attorney and Ocean City resident.

More information on the Sept. 17 luncheon follows the book review.

Protecting the public is a recurring theme in Jack Devine’s career.  As a lanky six-foot-five-inch teen, Devine manned a lifeguard stand for the North Wildwood Beach Patrol in 1960, ready to respond to the next rip tide imperiling a bather’s fun. The undertow of those lazy summers in the early 1960s became symbolic, if not prophetic, of the dawn of a new type of war, a so-called cold war, embracing the world. As super-powers squared off, it would become the growth of a new government agency, the Central Intelligence Agency, charged with the responsibility of harnessing international intelligence to promote and protect American national security. It also became the progenitor of new career paths of a select group of Americans who labored under titles of “operative” or “analyst” but whose counterparts in international circles were simply “spies.”

Now, returning to his summer roots at the Jersey Shore, Devine and his wife, Pat, make Ocean City their second home. Working in Manhattan at the Arkin Group, a high-end corporate investigations and crises management firm Jack co-founded with celebrated New York lawyer Stanley Arkin, Devine has chronicled his life’s work for the government in “Good Hunting:  A Spymaster’s Story” that now garners him the title “SpyMaster.”

In a fascinating career spanning more than three decades with the CIA, Devine memorializes a life of intrigue, international adventure and sometimes danger, intertwined with and often influencing, great events in U.S. foreign policy history. From the toppling of Allende in Chile, to heading the internationally coordinated capture of narco-terrorist Pablo Escobar, to becoming task force chief of Congressman Charlie Wilson’s War, funneling Stinger missiles to the Mujahideen, which turns the tide of the conflict against the Russians in Afghanistan, Devine rises from a young field operative to CIA Director of Operations.

With wife Pat and six unwitting kids in tow (who believe their Dad is an international businessman), the Devines travel from continent to continent and back, becoming the poster family of patriotism and dedication to public service. In direct counterpoint, Aldrich Ames, a member of the same CIA rookie class, betrays his country and those foreign double agents who trusted him, by selling out to U.S. enemies and compromising national security for millions in blood money, which he ultimately and involuntarily cashed in for a lifetime prison cell.

Devine’s detailed life account trumpets a theme that is as relevant today as when he boarded the plane for his first foreign assignment: U.S. covert action is an instrumental sine qua non to keep those who threaten American freedom in check. As much a spy-thriller, a political science treatise and a love story, it is a must-read for the fully informed.

Tickets available to hear Devine as luncheon speaker on Sept. 17

Jack Devine, former CIA agent and author of the just-published memoir “Good Hunting” is confirmed as the speaker for Ocean City Historical Museum’s annual luncheon — noon Wednesday, Sept. 17, at the Flanders Hotel.  (This Jack Devine is no relation to the president of our local Arts Board, although the Historical Museum does reside in the same building.)

Devine brings history to life because he lived it during his 32 years in the Central Intelligence Agency. Time magazine covered him in its “10 Questions” feature earlier this month.

While at the CIA, he served as both acting director and associate director of the CIA’s operations outside the United States and, in this capacity, he had supervisory authority over thousands of CIA employees involved in sensitive missions throughout the world. Mr. Devine held numerous other senior positions at the CIA such as chief of the Latin American Division; and head of the Counternarcotics Center, which was responsible for coordinating and building close cooperation between all major U.S. and foreign law enforcement agencies in tracking worldwide narcotics and crime organizations in the 1980s. Mr. Devine also headed the CIA’s Afghan Task Force, which successfully countered Soviet aggression in the region. He was awarded the CIA’s Meritorious Officer Award for this accomplishment.

He was the expert NBC interviewed in coverage of the Bin Laden raid.  He has written op-eds and articles for The Washington Post, The Financial Times, The Miami Herald and The World Policy Journal. He has also made guest appearances on CBS, NBC, MSNBC, Fox News, as well as the History and Discovery channels, PBS and ABC Radio.

Devine is a founding partner and now President of The Arkin Group LLC, an international risk consulting and intelligence firm.   He has a home in both New York and Ocean City. 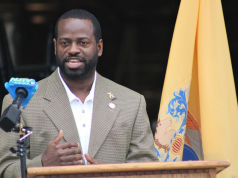 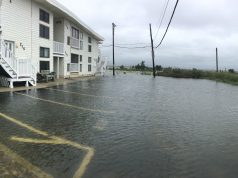 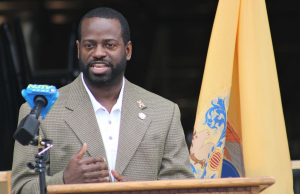