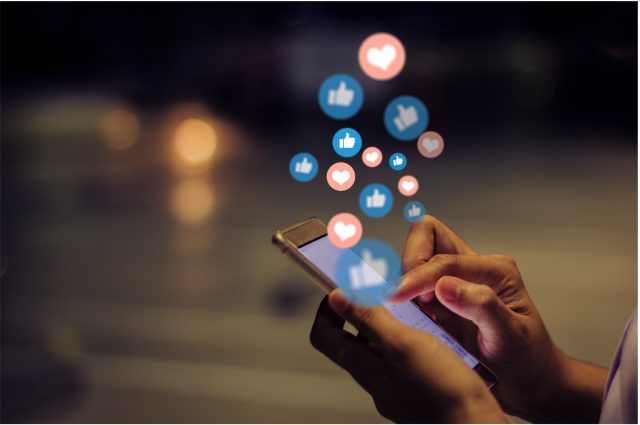 Within the past two decades, social media platforms, such as Facebook and Instagram, have become defining aspects of modern culture and a major influence on the younger generations of Americans. On average, popular social media apps like Instagram and Facebook receive more than 1.5 billion users daily, with a significant portion of these users between the ages of 12 to 17. According to one Pew Research survey, an estimated 63% of teens say they use at least one social media platform every day, while 45% of teens report being on the internet “almost constantly.” For many teenagers, social media has become an almost addictive activity, and for good reason.

Scientists now know that overuse of social media creates brain stimulation patterns similar to patterns formed by other addictive behaviors. The brain responds to social media in a similar way to other rewards and releases dopamine when a user’s post is well received by followers and gets “likes, shares, and positive comments.” This has led to a generation of young Americans who are highly active on social media and reliant on these apps for social interactions. However, the question remains, are there long-lasting repercussions for teens’ daily use of social media? 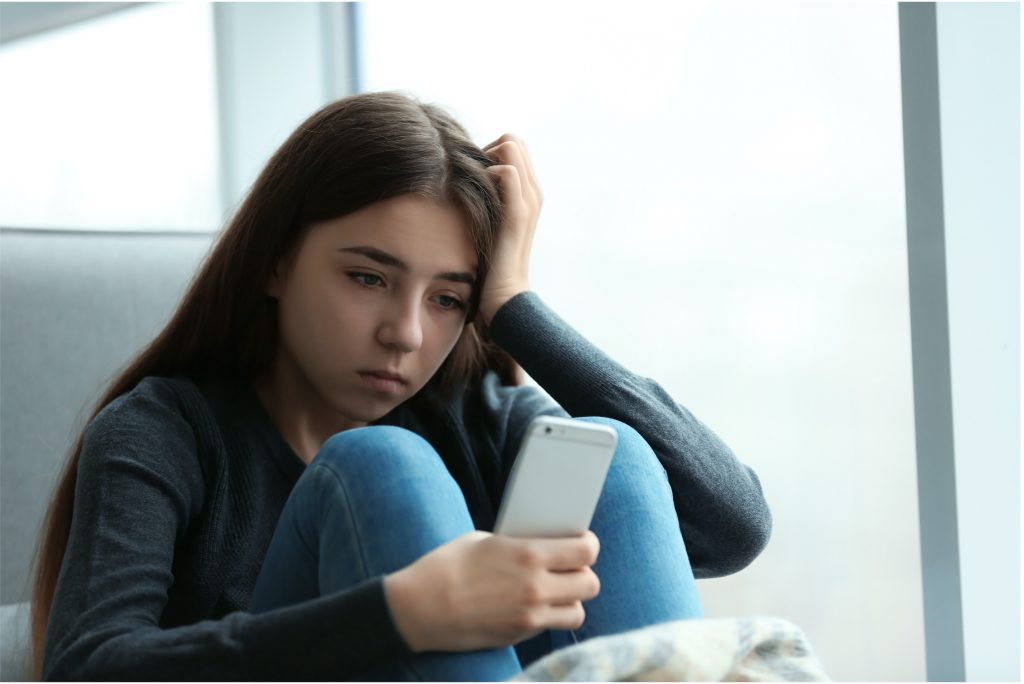 One of the most significant ways social media wears away at teen mental health is by promoting social comparison. Adolescent years (between the ages of 11 to 18) are a formative period where young adults often prioritize social standing and use social currency to form their self-worth. Social psychology has found teens are highly susceptible to social comparison because they are looking for ways to establish an identity that will be viewed as valuable by their community. Social media allows teens to directly view what characteristics are celebrated in our culture and how “popular” individuals depict themselves online. Teens who typically spend six hours a day on social media are barraged with constant social comparison of their peers, which often leads to self-esteem and body image issues and increased instances of depression and anxiety. This can be seen in a recent Pew Research Center report, where 26 percent of teens said that social media sites make them feel worse about themselves and their own lives.

As social media platforms are designed to keep users on their page for hours in an “endless scroll,” many teens are highly susceptible to the addictive nature of social media. Oftentimes, this can result in teens prioritizing social media over valuable sleep. Insomnia can be highly impactful on a teen’s daily life, as frequent sleep loss can lead to poor academic performance, increased moodiness, overeating, and worsen existing mental health problems such as anxiety, depression, and ADD.

Additionally, the blue light that comes from computers and laptops has been found to interfere with our natural circadian rhythms. Blue light stimulates the part of the brain that keeps people alert and energized, keeping electronic users awake for long hours and increasing the likelihood of waking up later in the night. According to a British study of 900 teens between the ages of 12 to 15, one-fifth of study participants said they are restless during bedtime and never fully fall asleep. Many teens report a fear of “missing out” and, as a result, are likely to wake up and check social media throughout the night.