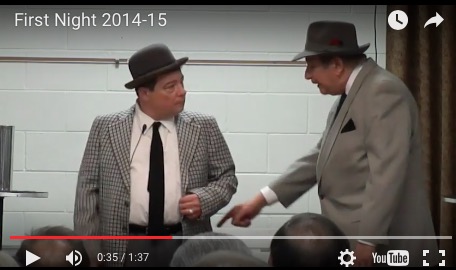 All-inclusive admission remains on sale for First Night Ocean City, even though it appears that all 10,000 buttons were sold.

The gala non-alcoholic New Year’s Eve celebration on Thursday (Dec. 31) offers a variety of entertainment for families and individuals for $20 a person.

Admission can be purchased at the Stainton’s Gallery of Shops (800 block of Asbury Avenue) until 8 p.m. Thursday and at the Ocean City Civic Center (beach block of Sixth Street) afterwards, if they are still available. Tickets purchased online can be picked up at Stainton’s then the Civic Center.

The holiday event features 76 entertainment programs at central locations from 4 p.m. till midnight. There will be a fireworks show at midnight.

The weather forecast calls for a partly sunny day with a high of 51 degrees and a partly cloudy evening with a low of 37 degrees.

“Where else can you find such varied and professional entertainment for just $20? The only place to enjoy such an event at the New Jersey shore is in Ocean City,” says First Night Chairperson Michele Gillian. “Ocean City is the place to be on New Year’s Eve.”

Opening ceremonies will be held 4 p.m. at the ice skating rink, a First Night attraction, located at the Football Field, Sixth Street off Boardwalk. It will include greetings by city officials and entertainment.

A First Night admission button will entitle the bearer free access to Wonderland Pier amusement rides from 5 to 9 p.m. Entertainment features events for every age group, including magician Chad Juros, the Allo Puppets, Give and Take Jugglers, Jungle John, the Turtle Singers and more. A tribute to Neal Diamond is scheduled for the Ocean City Music Pier. The fabulous Grease Band will perform at the Civic Center. The Hegeman String Band will strut at Ocean City High School. The hilarious Abbott and Costello comedy show is booked for St. Peter’s United Methodist Church. The Norristones Doo Wop singers will “do their thing” at the Ocean City Senior Center, 17th and Simpson Ave.

Rock ‘n Roll Hall of Famer Dick Richards, the original drummer of Bill Haley’s Comets, will be featured with his Ready Rockers at the High School. There will also be a First Night Rockin’ Revue plus plenty of inflatables.

First Nighters will be able to enjoy the night sky at the High School Planetarium and the Aquatic and Fitness Center, 17th and Simpson Ave., will open its pool from 4 to 7 p.m. The Ocean City Pops will greet the New Year with shows at 10 and 11 p.m. at the Tabernacle. This is just a sample of the entertainment you can enjoy at First Night. All who buy First Night buttons will be given a program book listing site locations, parking and jitney service. Many locations are situated within walking distance.

Parking will be free in all Ocean City Municipal lots. Jitney Service will be provided from 5 p.m. until 12:30 a.m. for button holders, operating continuously between sites. All who buy First Night admissions buttons will be given a program book with details about site locations, parking and the jitney service.

First Night has an Angel Fund for those who can’t afford buttons. Call 609-525-9300 to receive buttons or support the fund.

See complete schedule in PDF below.

— News release from the City of Ocean City 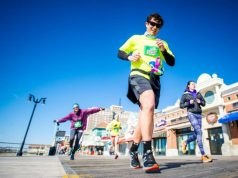 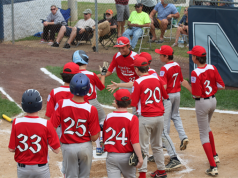 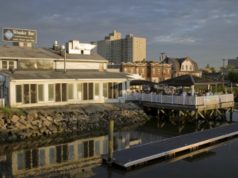