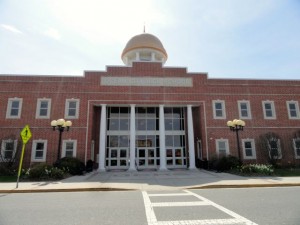 Ocean City and Upper Township school officials are exchanging harsh words over what one district claims is a violation of the sending-receiving agreement for Ocean City High School.

In the latest salvo, both sides have released public statements that suggest any resolution of an ongoing legal battle will be difficult.

The Ocean City Board of Education said in a Dec. 27 press release that it is “appalled and deeply disappointed” by Upper Township’s efforts to get New Jersey Education Commissioner David Hespe to intervene in the conflict.

Upper Township’s Board of Education responded with its own statement Dec. 31 criticizing Ocean City school officials for “disingenuous attempts” to shift blame to Upper Township.

Brewing for months, the dispute erupted Dec. 14 when Upper Township filed a petition with Hespe accusing Ocean City’s school board of deliberately excluding Upper’s representatives from its subcommittee meetings.

The petition asks Hespe to rule that Ocean City’s board has violated the state law for sending-receiving districts and to stop it from “precluding” Upper’s representatives from the meetings.

Ocean City’s school board denied the allegations. In its press release, it called Upper’s petition “baseless and frivolous.”

In related action, Ocean City filed a formal response to Upper’s petition with Hespe’s office last week. In it, Ocean City denies Upper’s claim that it conducted secret meetings. It also states that Upper’s representatives to the Ocean City school board are free to attend every meeting, but in many cases they don’t bother to show up.

“Attendance is poor. They’ve missed many meetings,” Mike Stanton, solicitor to the Ocean City Board of Education, said of Upper’s representatives.

Upper responded that Ocean City’s board has mischaracterized the petition in hopes of deflecting attention away from “Ocean City’s violation of the law.”

Despite the strong rhetoric on both sides, Upper Schools Superintendent Vincent Palmieri raised the possibility of a settlement to end the litigation.

“I’m hoping we can sit down, come together and air out some of the issues,” Palmieri said on Tuesday.

Stanton said Ocean City remains puzzled by Upper’s petition. He believes the dispute could be resolved simply by having Upper’s representatives show up for school meetings.

Upper Township sends its high school students to Ocean City because it does not have its own high school. Upper supplies Ocean City High School with 633 of its 1,256 students and will pay a budgeted $10.9 million in tuition this year, according to Ocean City School Business Administrator Tim Kelley.

In its petition to Hespe, Upper attached copies of emails from Ocean City school board members that allegedly show that they scheduled their meetings and withheld information to prevent Upper representatives from attending all meetings.

For instance, the petition claims that Jacqueline McAlister, chairwoman of the Ocean City school board’s curriculum subcommittee, held a meeting about the district’s School Choice program on Aug. 11, 2015, without Upper’s participation. McAllister sent an email to the Ocean City school board’s business administrator and the director of social services thanking them for attending the meeting.

Clark, though, insisted in Ocean City’s press release that Upper representatives were not excluded from meetings. He said they have been granted “an unprecedented amount of participation, more than is actually required by law for the sending-receiving school relationship.”

Clark urged Upper to end the dispute with Ocean City and to instead join forces.

“We continue to implore the Upper Township Board of Education to stop the negative, hurtful remarks and tumultuous behavior towards the Ocean City Board of Education and work with us to lobby the state for a win-win solution for both the taxpayers and students of the districts that we serve,” Clark said.

According to Clark, it appears the petition stems from Upper’s displeasure with Ocean City’s decision to limit the number of students in the School Choice program at Ocean City High School.

He said the move, though unpopular, was made “absolutely necessary” by changes in state funding for the School Choice program and the possibility that the funding could be cut back or eliminated altogether.

The program gives parents the option of enrolling their children in school districts outside of where they live at no extra cost. It is designed to give students access to better schools.

However, in 2013 the New Jersey Department of Education capped enrollment in the program and denied new district applications.

In response, Ocean City began limiting its participation to 31 seats for ninth-grade students who meet the district’s academic standards, the press release said.

“We have been proactive about this program since 2010, when Ocean City decided to become a School Choice District,” Clark said. “We have learned the program from the inside out, and continue to push the state for clarification regarding the affected Choice students in the Upper Township schools.”

Palmieri maintains that School Choice is a completely separate issue and did not influence Upper’s decision to file a petition with the state.

“This petition has nothing to do with School Choice,” he said.

Palmieri, however, expressed frustration that Ocean City is not admitting Upper students into the School Choice program, even though Upper’s students represent the majority of Ocean City High School’s pupils.

In the most recent enrollment cycle, Upper sought to have only three of its graduating eighth graders admitted to the School Choice program at Ocean City High School, but was denied, Palmieri said.

“We are dumbfounded why they are not willing to accept our Choice students. Not one,” he said.

Clark told the school board at a recent meeting that no Upper Township student had even applied for the program.

He said Upper Township’s issue should be with the state’s tier system that gives preference to students currently enrolled in their home district. He asked Upper Township to work together with Ocean City to lobby for change at the state level.