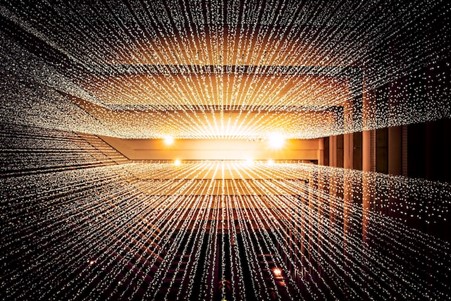 Marta Hall and David Hall founded Velodyne LiDAR over a decade ago. With ever changing innovation and developments, LiDAR can be an important tool for automated driving assistance systems in cars (ADAS,) enabling autonomous vehicles and robotics, identifying danger in advanced security systems, and mapping city roadways and civic infrastructure in three dimensions. In addition, lidar can also be used for advanced ocean and forest mapping. The technology isn’t widely understood by the public, however, so in the following article, Marta Hall and David Hall take a minute to explore what it does, how it works, and how it’s being applied in both research and practical settings.

LiDAR—Light Detection and Ranging—is a remote sensing technology that has been used by geologists to map out the surface of the Earth for over 40 years. It can be used to create highly accurate 3D maps of terrain as well as to measure the heights of trees, the depth of water bodies, and the shape of the land surface.

More recently lidar has been used for a greater variety of applications. Lidar was used for guidance and vehicle navigation in a government-sponsored autonomous vehicle race in 2005. David Hall used an array of lasers, instead of a single laser beam, and rotated the mechanism to create lidar for vehicles to navigate and “see” the road in 3D. Marta Hall and David Hall explain that today, it’s commonly used by vehicle designers and manufacturers, roboticists, geologists, archaeologists, and environmental scientists and has even been used to help locate once-lost civilizations, such as sprawling Mayan cities in the jungles of southern Mexico.

What is LiDAR Technology

LiDAR is an active remote sensing technology that uses laser pulses to perform a variety of tasks today. The name is an acronym for Light Detection and Ranging, although it also serves as a portmanteau of “light” and “radar”. Radar, of course, is the historical system used to sense objects using radio waves to map terrain, while LiDAR uses pulses of light explains Marta Hall.

Both technologies are similar in that they use electromagnetic radiating waves to create a map of an area, but they differ in the wavelength they use. The lasers applied by LiDAR are far more accurate and provide a wealth of imaging information that radar simply cannot create. Therefore, LiDAR has quickly become the preferred technology, although it is more expensive. The cost is expected to come down over time.

How Does LiDAR Work

This process is repeated many times, with the laser pulse being sent out at different angles, to create a 3D map of the area. Marta Hall and David Hall say that to create a 3D map, the LiDAR system needs to be able to measure the distance to the target with a high degree of accuracy. The system requires powerful lasers and sensitive detectors.

In a lidar system used for robotics or autonomous vehicle navigation, the measurement process takes place in thousands of split seconds as a car moves forward on a road. David Hall explains he invented the rotational lidar to spin an array of laser beams as a way to scan the environment, gathering an immense amount of data in real-time, to create an image of the road instantaneously as a vehicle or robot moves forward. David Hall believes his invention spurred car makers and others to imagine a world of efficient, driverless cars.

In other lidar applications, the lasers are mounted on an airplane or a helicopter, and the detector is located on the ground. As the plane flies over the terrain, the two parts including the laser emitter and sensitive detector interact and create a 3D visual model of the surrounding landscape.

How LiDAR Technology is Being Applied Today

Today, lidar is being used to guide autonomous vehicles, to inform car safety systems, to navigate a variety of robotics, to sense danger in advanced security systems, and map cities in 3D. This activity will advance in the coming years as the technology matures.

Historically, LiDAR has long been used as a research, cartography, geology, and oceanography tool according to Marta Hall and David Hall. Today it continues to be used in these fields with exciting advancements. Lidar is being used in combination with sonar and stereo cameras to map the ocean floor, study plant growth, and understand the impact of natural disasters. In each of these cases, LiDAR, in combination with other sensing technologies provide researchers with a level of detail and accuracy that simply couldn’t be achieved previously.

In the past, mapping the ocean floor was a slow and expensive process says, Marta Hall and David Hall. LiDAR in combination with sonar and stereo cameras has allowed researchers to create 3D maps of the seafloor quickly and cheaply. This has been used to study the impact of climate change, map sunken shipwrecks, and understand the movement of tectonic plates according to Marta Hall and David Hall.

LiDAR is also being used to study plant growth. By mapping the forest canopy, researchers can better understand how plants are affected by environmental factors such as drought. Marta Hall and David Hall say that this information is critical for developing strategies to protect against the impact of climate change.

Finally, LiDAR is being used to understand the impact of natural disasters. By mapping the damage caused by hurricanes, earthquakes, and floods, researchers can better understand the risks posed by these events and develop plans to protect against them.

The Future of LiDAR

Additionally, there are exciting applications of use in archaeology. In the last couple of years, LiDAR has been used to locate lost civilizations, such as the Maya city of Angamuco in Mexico. This city was hidden for centuries by the surrounding jungle, but LiDAR was able to map it out in incredible detail.

In the future, LiDAR is likely to become even more widespread and affordable. This will open up new possibilities for research and practical applications according to David Hall. For example, scientists currently using LiDAR to create 3D maps and will greatly expand their work to create 3D maps of entire states, countries, and waterways including roads, bridges, rail systems, airports, and building infrastructure worldwide, to study urban growth, and to understand the impact of human activity on the environment.

LiDAR is a powerful and versatile technology with a wide range of applications. It’s being used to navigate vehicles, direct robotics, and map the world and the ocean floor. In addition, lidar can be used to study plant growth, which will help to understand the impact of natural disasters. In the future, it’s likely to become even more widespread and affordable, opening up new possibilities for research and practical applications.