As 2020 began, the global demand for crude oil was 101 million barrels a day. But when the World Health Organization declared the COVID-19 virus a pandemic, an estimated two-thirds of the world went into a total lockdown, as workers headed home and shut the door. Seemingly overnight, people everywhere stopped driving and stopped flying, and the global demand for oil fell by 30 million barrels a day. Economies worldwide have started to recover, but OPEC pessimistically predicted last week that the global demand for crude oil may never return to pre-pandemic 2019 levels (source: OPEC).

Credit cards are the most well-known type of revolving debt, i.e., debt where individuals can borrow up to a maximum limit and are not required to pay off their balances in full every month. U.S. revolving debt hit an all­time high in February 2020 ($1.099 trillion), eclipsing the previous high ($1 .020 trillion) from May 2008. The pandemic has forced Americans to tighten their financial belts very quickly, resulting in six consecutive months of declining balances – March through August – as consumers paid down $113 billion of revolving debt or 10% of February’s record level (source: Federal Reserve).

When Hurricane Delta crossed into Louisiana last Friday night ( 10/09 /20), it became the 10th tropical storm or hurricane to make landfall in the United States during the 2020 Atlantic hurricane season. That breaks the 104-year old record of nine storms that made landfall in the U.S. in 1916. Louisiana has been hammered – 4 of the 10 storms to make U.S. landfall this year did so in the Bayou State (source: NOAA). 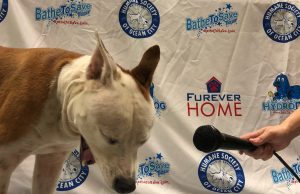