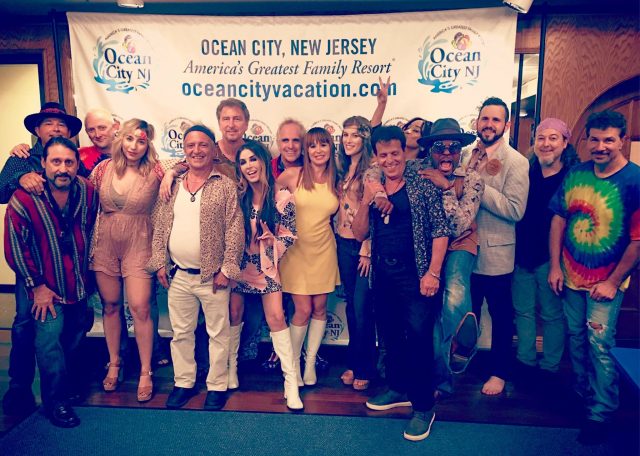 The fiftieth anniversary of the Summer of Love has been a recurring theme in 2017. Particularly in San Francisco, but also in celebrations, festivals, print publications, and online think-pieces, from across the country, all over the world. The original “Summer of Love” was predated by the Human Be-In at Golden Gate Park, in January 1967. It began in earnest in June, near the weekend of the Monterrey Pop Festival, and release of Sergeant Pepper’s Lonely Hearts’ Club Band. 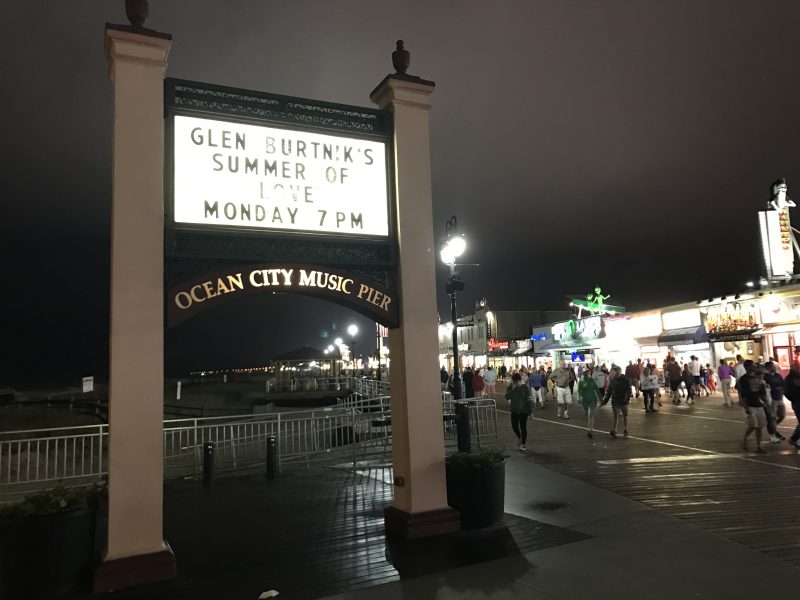 The original Summer of Love was seen as a counterculture’s rejection of consumerism, distrust of government and opposition to war. In the Summer of 2017? Well, as Meat Loaf sang on a 1977 hit, “two out of three ain’t bad”. Without having experienced this particular time and place myself, it’s hard to imagine that mythology hasn’t usurped truth to some degree. But that’s neither here, nor back there. 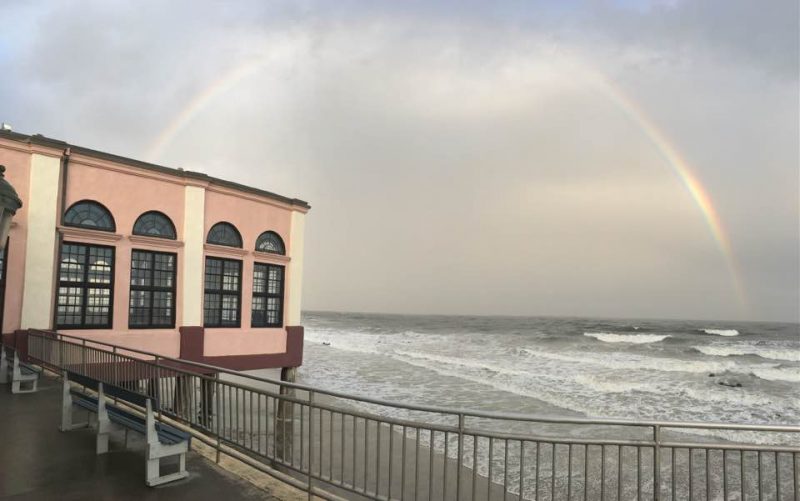 Monday night’s festivities at the Ocean City Music Pier, wasn’t attempting to examine things that deeply. Glen Burtnik’s Summer of Love 50th Anniversary Concert, aimed to “relive the memories, share the spirit & celebrate the songs of the Woodstock generation”. There was no time to parse the politics of the era, nor revisit its complex history. This was a campy, skillfully replicated, costume-laden, love letter, to an era most of the crowd and performers, didn’t experience in real time. For the consumers, now plunking down $67 for good seats, that seemed to be exactly what they paid to see. 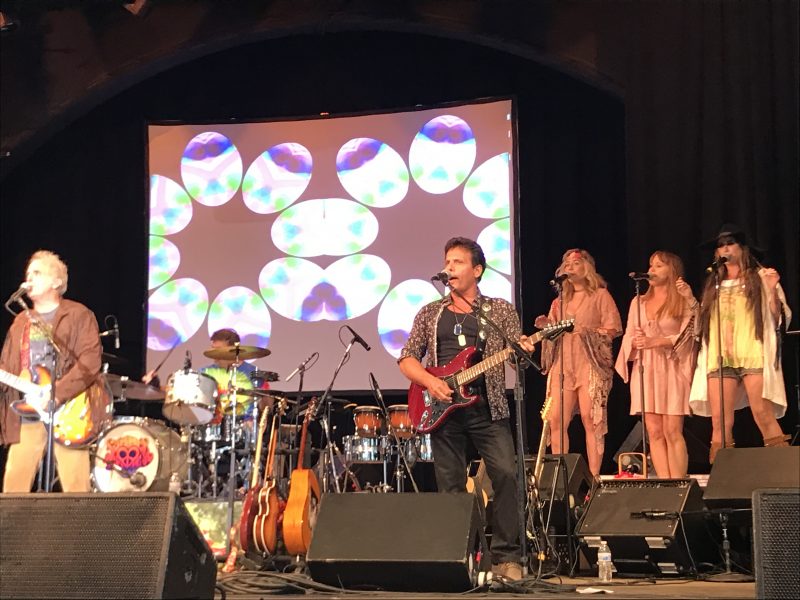 Glen Burtnik is a New Jersey-bred musician who, by his own admission, was a bit too young to fully experience “The Summer of Love”. But as a child of the era, with a pair of older brothers, he developed a fascination with it. When his big break came playing Paul McCartney, in the Broadway musical Beatlemania, his sixties-revivalist stars truly aligned. He’d also go on to be a bassist/vocalist of later incarnations of Styx and ELO. Burtnik, looking like ESPN anchor Trey Wingo’s cool uncle, is an amiable leader of Summer of Love’s Broadway-style revue. 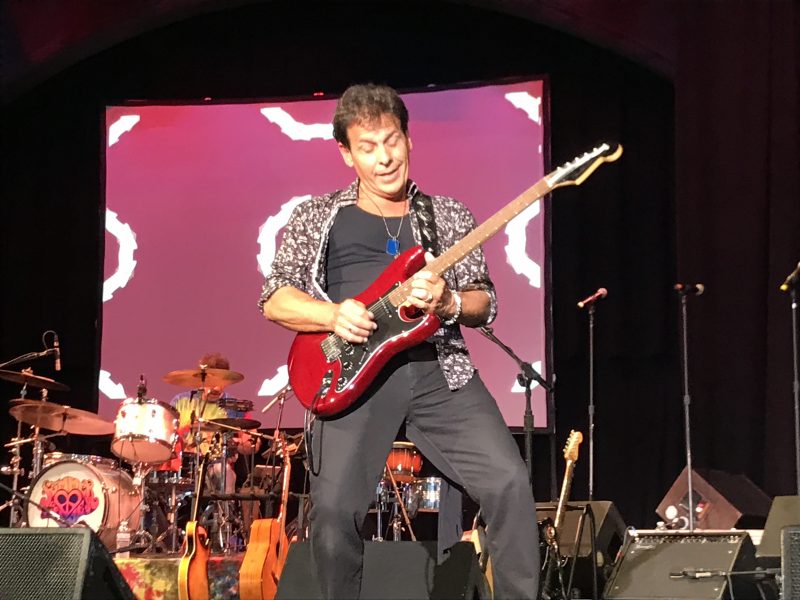 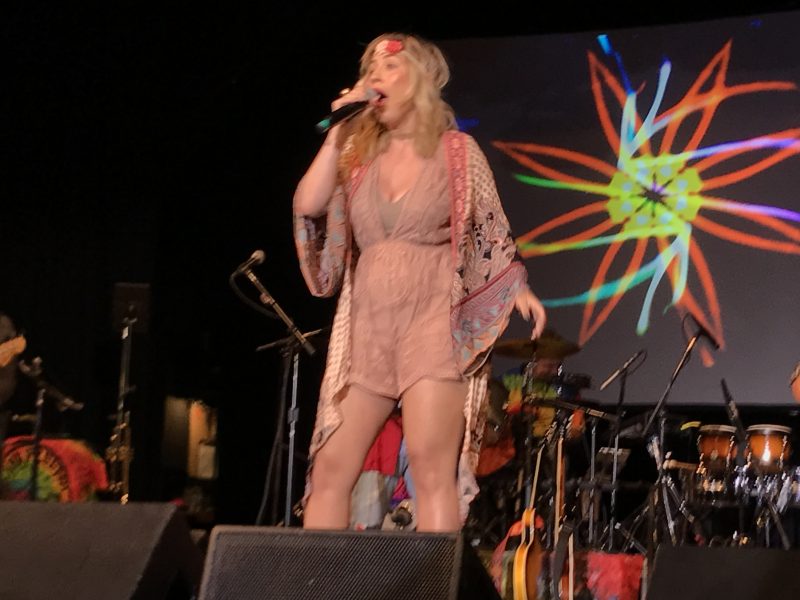 The stage backdrop featured Marc Rubenstein’s famed 60’s-70’s Pig Light Show. Though its liquid-light effects now call to mind a dorm-room lava lamp, or Windows Media screen-saver, more than an acid trip. “I like this place”, Burtnik said, “because you can see the ocean crash on the beach while we play. So, it’s like we’ve got our own light show, while you watch the one behind me”. OCNJ Daily pays me to write what’s in front of me at the Music Pier, rather than behind. However, with yesterday’s waves in O.C., plus the rainbows over the beach, I’d have been okay with swapping views for a bit. Either way you faced, the rain did stop as the band started, with the sunny L.A. pop-rock of “Happy Together”. 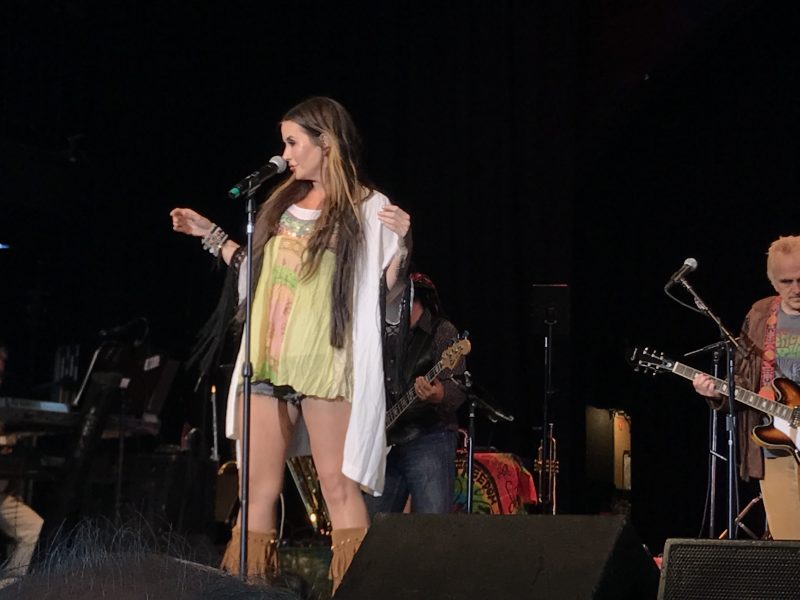 The pacing of the show was non-stop. Two-and-a-half hours straight, filled with classic-rock staples, garage nuggets and jangly West Coast pop hits. There was no lag time, because after any singer did two songs in a row, new blood was coming. The best moments vocally, came from an influx of youth. The aforementioned Von Hugel, a former American Idol contestant, capably captured Joni Mitchell on “Woodstock”. Reagan Richards had Grace Slick’s banshee-belt down to eerie degrees on “Somebody to Love” and “White Rabbit”. JaQuita May, brought Tina Turner energy to “River Deep, Mountain High”, not missing a beat when a mic-stand broke mid-song. And Freedom Bremner’s “Try a Little Tenderness”, into “Stand”, was the first moment that had the crowd doing so. 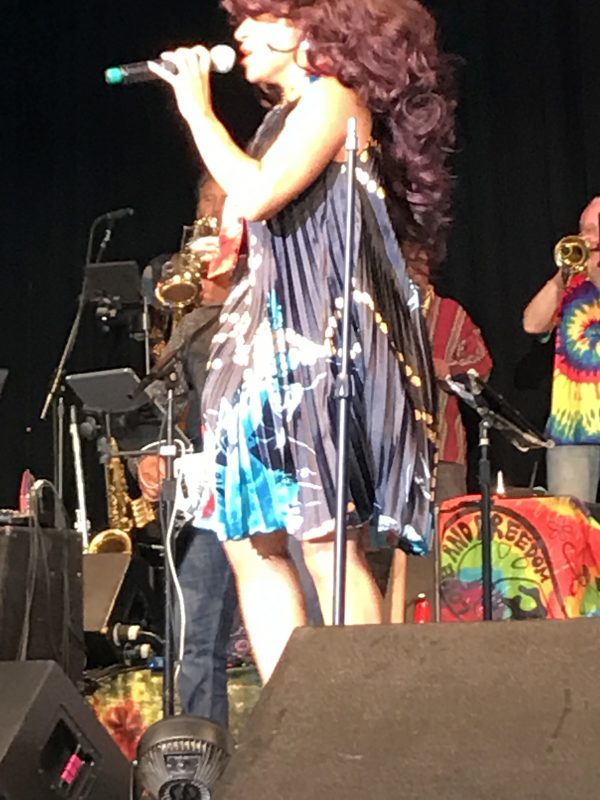 “Summer of Love”, as far as the show title goes, is a bit of a misnomer. About half of the songs in the set were released after the Summer of ’67, up through Woodstock, and into 1970. But no one coming out to see this show are going to quibble about those date details. Nor should channeling that era’s danger, along with the artists its excesses chewed up and spit out, be expected. This is a trip, taken professionally, through the past, brightly. For those looking to make it, Summer of Love does so quite effectively. 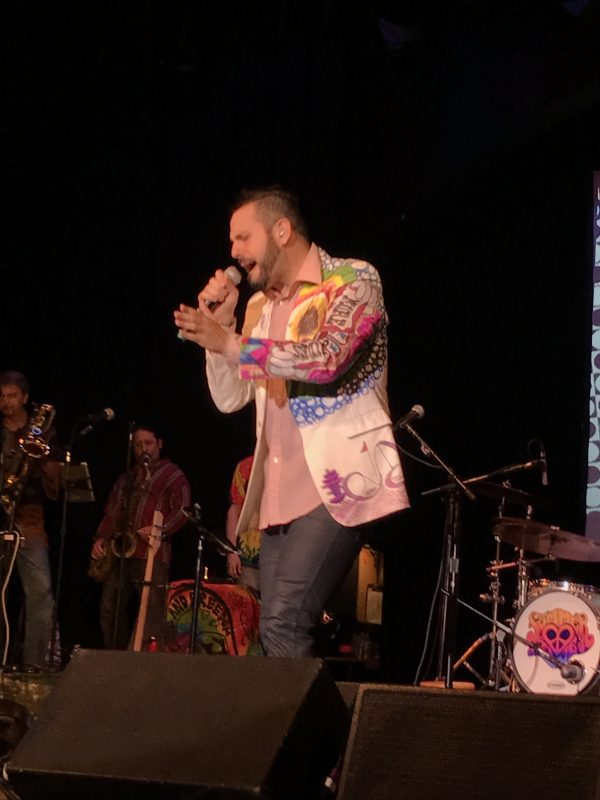