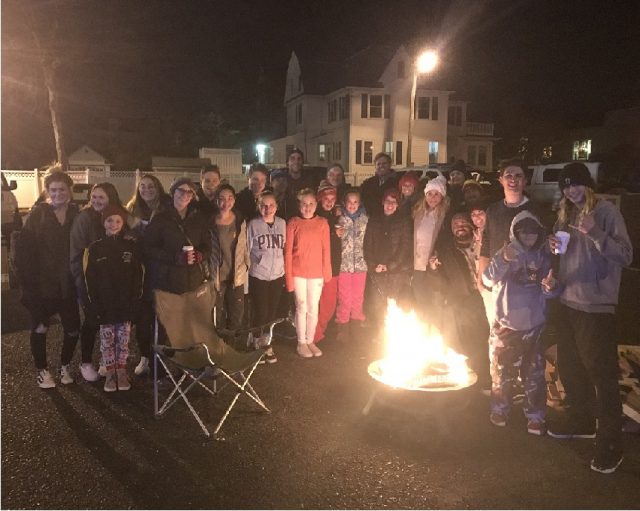 Thursday night, in the parking lot of the St. Peter’s Methodist Church of Ocean City a remarkable event took place to support the Covenant House in Atlantic City. With temperature’s dipping into the 30’s and wind chills in the 20’s, a group of about 75 local OCNJ residents, business owners, and students braved the weather to create awareness for the Homeless Youth. 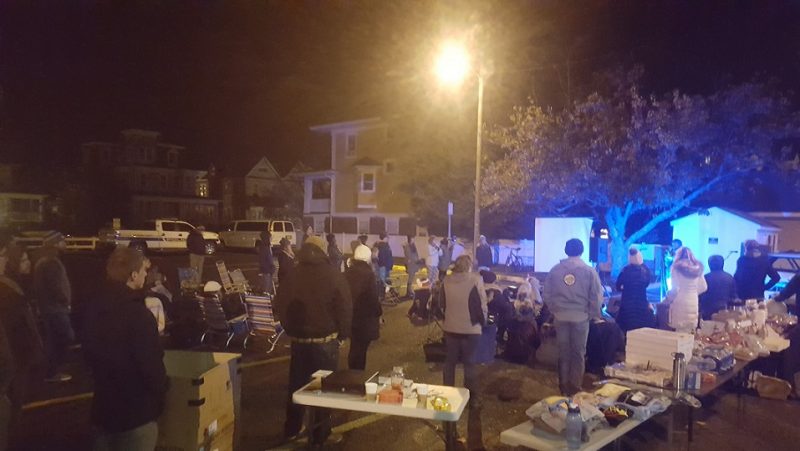 The crowd started to arrive at 6pm and was treated to an acoustic set from Kinger of the band Stellar Mojo as well as an amazing spread from local businesses. There was pizza from Randazzo’s, Hoagies from Sack O’ Subs, Coffee and sweets from Drip & Scoop and Starbucks, Mallons Sticky Buns, and more. 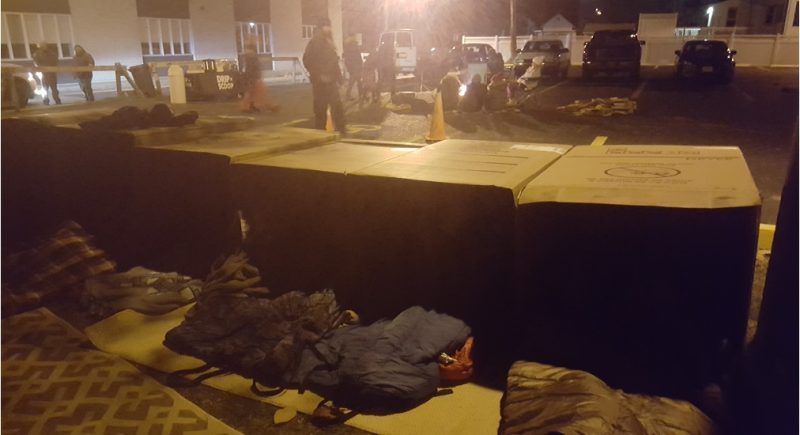 At around 7:30 speakers from the Covenant House arrived. Jennifer Williams, who is the Manager of Development, captivated the crowd with a background of the organization and how they help the local community. She touched on some of the success stories as well as the problems the homeless youth face daily. Up next was Charlene, a South Jersey success story, who spoke of her own personal testimonial which included the struggles she faced starting at the age of 11 and how she was able to overcome them with the help of the Covenant House.  It was a truly humbling experience to hear what they both had to say. 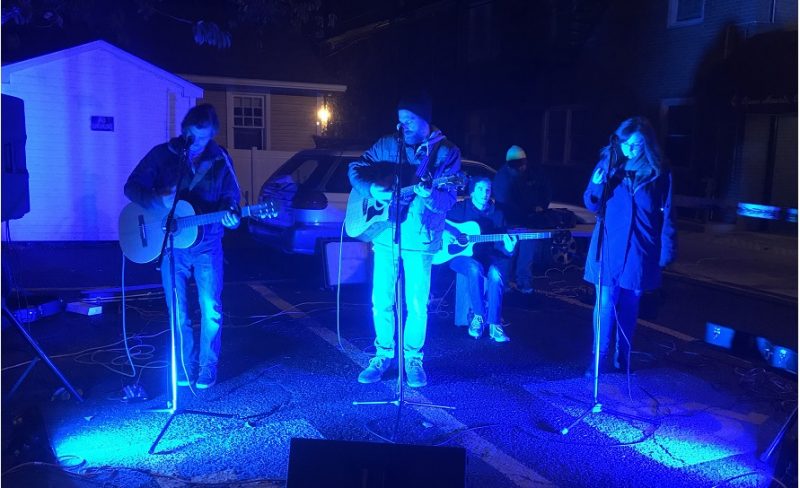 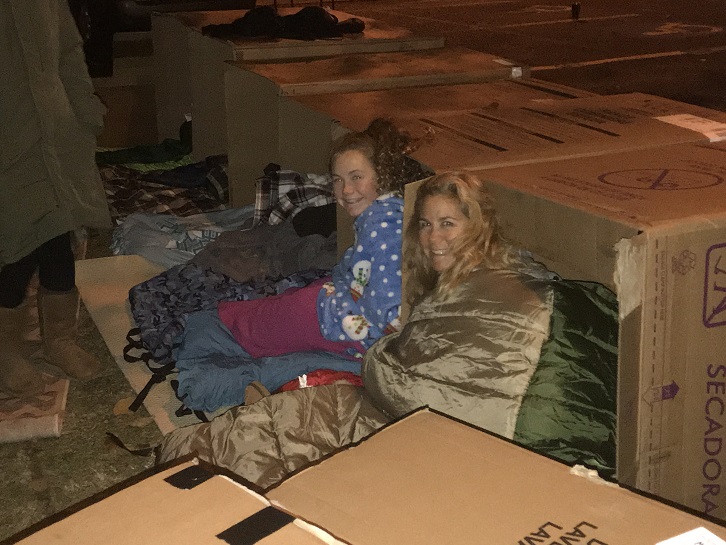 As the crowd slowly thinned out, the real event started to take place. A group of about 15 -20 people took the pledge to join the Covenant House’s Sleep Out America, which takes place all over the country.

Each of them had raised donations of money to support their symbolic gesture of sleeping in the church parking lot overnight. The group included business owners, kids from Ocean City and Upper Township, students from Stockton University, parents, supporters, and even a pastor. The temperatures were cold at times but all participants made it through the night safe and sound, thanks in part to the watch of the Ocean City Police and Fire Departments. 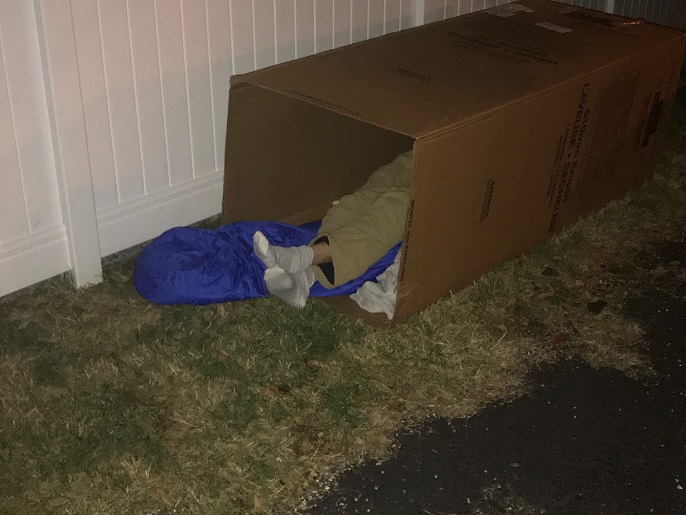 The end result was an amazing event that raised thousands of dollars and a large amount of supplies which all go directly to the Covenant House in Atlantic City. A special thanks to the Ocean City PBA Local 61, the staff at Tommy Hilfiger, and all of the others for their generous donations. It is such a blessing to see what the Ocean City and surrounding communities can do when they get together to create awareness for a great cause. 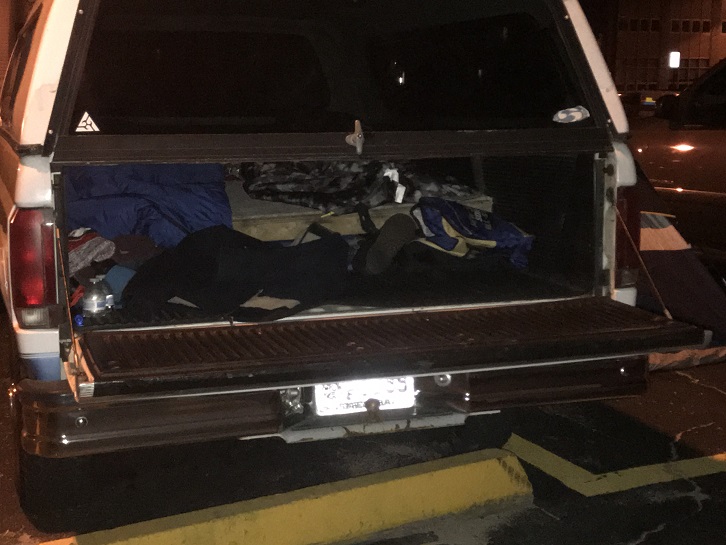