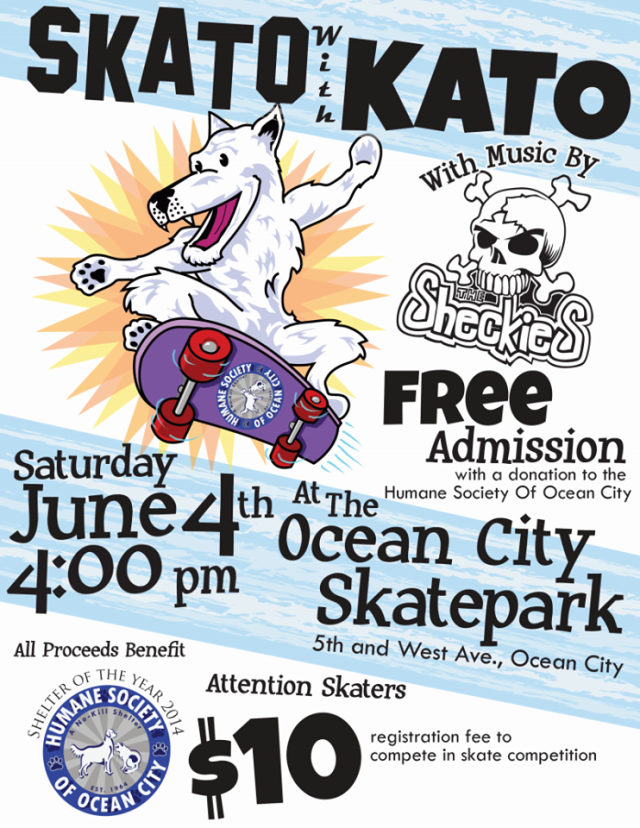 A fundraiser entitled “Skato With Kato” is set for Saturday, June 4th, starting at 4 p.m. at the Cape May County Skate park, 5th and West Ave., for the benefit of the Humane Society of Ocean City.

The event is historic in that it will be the first-ever organized skate contest at the park, which opened last September. It is open to all ages and skill levels.

It is named in honor of a dog named Kato, the pet of Humane Society employee Phil Bellucci. Organizers said Kato was believed to need knee surgery, but upon further examination at the Humane Society and some physical therapy, the dog and his limbs received a clean bill of health. 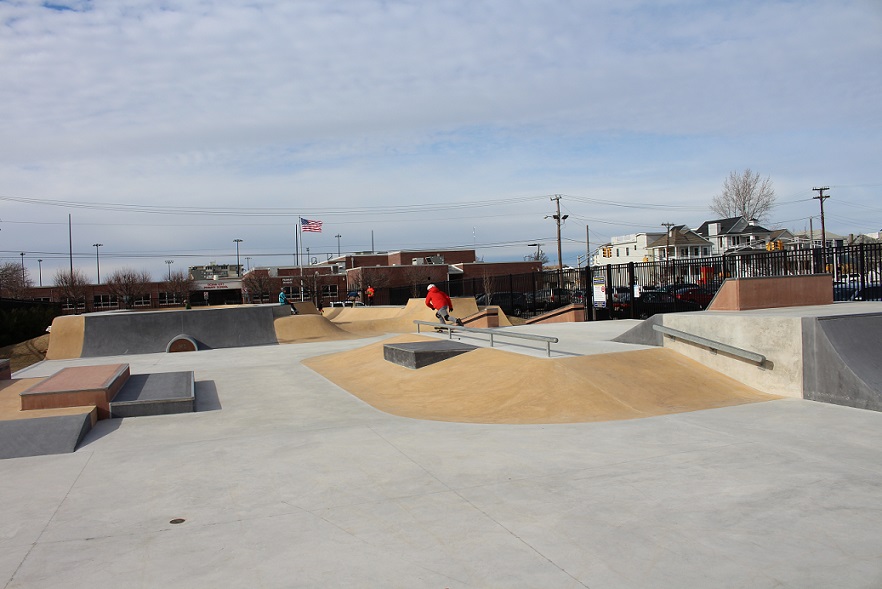 “Originally it was going to be called ‘Skato for Kato’ but as it turned out, happily, we are calling it Skato with Kato,” said Willie Fannon, an event organizer and Owner of Ocean City NJ Surf School.

“Kato will be there, with us at the event,” Fannon said.

There will also be live music by local punk band The Sheckies, and admission is free. There will be a $10 registration fee to take part in the skate competition, with all proceeds going directly to the Humane Society, a no-kill shelter established in 1964.

Dogs from the shelter will be on hand to interact with those in attendance and anyone interested in adopting a pet will be given the pertinent information.

Artist Dave Mass will create spray-painted works of art which will be among the prizes offered.

Word of mouth at the skate park has spread like wildfire about the contest, Fanon said. “I expect we are going to have a really nice turnout and it’s going to be a lot of fun.” 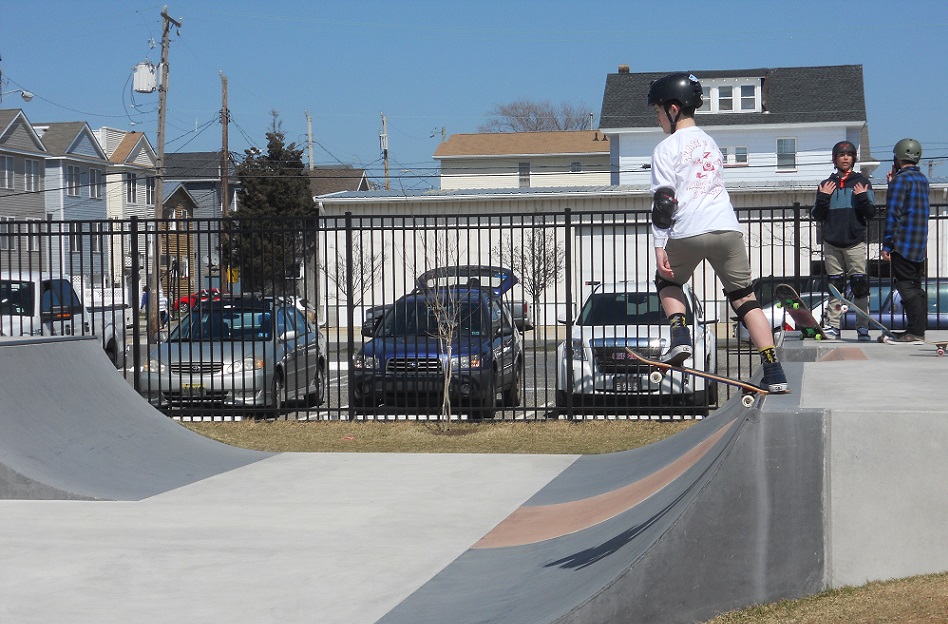 Fannon should know, he formerly organized and ran skate contests at the old skate park located near Gillian’s Wonderland amusements.

This event will include two different portions of competition. There will be age groups and male and female divisions in a free skate that utilizes the entire park, Fannon said. Competitors will have a time limit, the length of which will be determined by the number of entrants, and will attempt to wow a panel of judges based on their moves. Prizes will be awarded for 16 and under and advanced skaters, male and female.

The event’s climax will be a “Bowl Jam,” Fanon said. It will be an open competition, male and female, all ages. Each participant will drop in the park’s bowl and have a period of time to make a creative run to impress the judges. The victor of this winner-take-all event will take home a skateboard ramp donated by Peace of Wood on Asbury Ave. 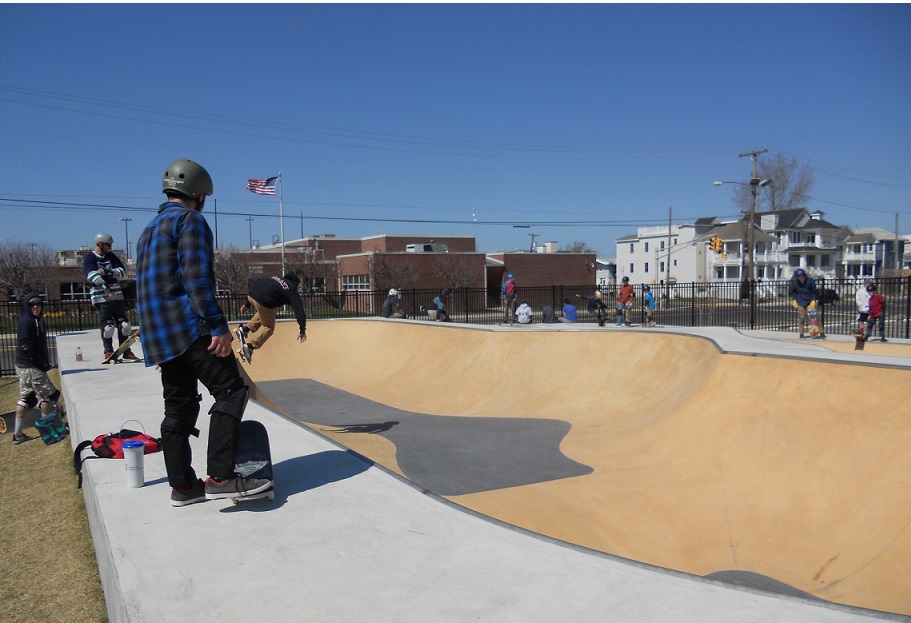 “It’s going to be a great time and I hope everyone will come out and enjoy the festivities,” said Fannon, who thanked the sponsors and the City of Ocean City for supporting the event.