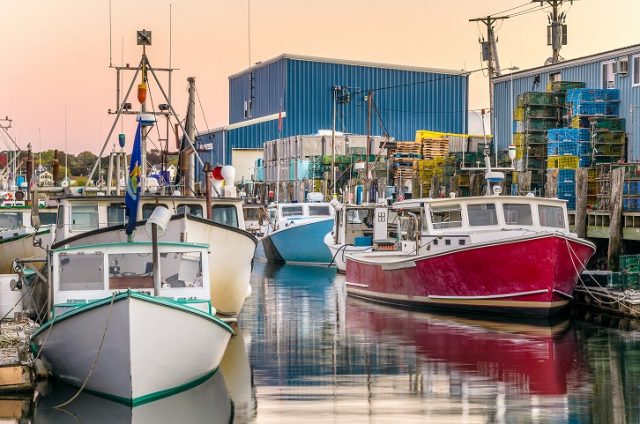 Today’s interagency announcement again advanced cliched language about “unlocking potential” and committed billions of taxpayer dollars to capital loans, subsidies, and technological research for just one strategy to address climate change that has many known environmental and societal impacts. In doing so, it holds no fidelity to President Biden’s January 27th Memorandum on restoring trust in the government through scientific integrity and evidence-based policy making. The Biden administration, after committing to inclusivity and complaining about the lack of transparency from the previous administration, introduced a process that includes few specifics to address the well documented, serious environmental and socioeconomic concerns of offshore wind and does not take into account the needs of the communities involved.

Offshore wind energy development poses enormous risk to the marine environment and sustainable U.S. seafood production. The Biden Administration’s disappointing fervor over its advancement continues an ineffective approach toward addressing climate change begun by previous administrations without demonstrating any willingness to include fisheries, ecosystem science, or our coastal communities in climate solutions.

The Administration promised over $4 billion for offshore wind development, with a paltry $1 million to help Northeast coastal communities “improve understanding of offshore renewable energy” through NOAA’s Sea Grant program. Funding for science to truly understand the ecological and economic impacts of offshore wind is something all coastal communities desperately need, but a one-time, $1 million grant in only one region of the country is an ineffective attempt to pay lip service to the coastal communities that will experience significant impacts from the industrialization of their shorelines for decades to come. This concession ignores the needs and economic realities of fishing communities, especially those outside of the Northeast, leaving them without a seat at the table where decisions about our exclusive economic zone are being made. As fisheries experts have long understood, fishermen’s knowledge is a key contributor to effective science-based management of ocean resources and ecosystems and should be utilized as an asset, not a hurdle to marginalize.

Fisheries resources, jobs, seafood, and NOAA’s scientific mandate hang in the balance. The commercial seafood sector provides over $46 billion in annual sales, income, and value added to the New England and the Mid-Atlantic economy (data calculated by National Marine Fisheries Service), to which poorly planned offshore industrialization imposes severe risk. Offshore wind also directly interferes with the National Marine Fisheries Service’s statutory mandate to assess and manage fish stocks and marine mammals. Key questions remain with regard to maritime safety, coastal environmental justice populations (the majority of which are employed in the fishing sector in many states), and long-term community resiliency once the oft-touted wind construction jobs come and go—if they come in the U.S. at all. These topics are not new, and for the Administration to completely ignore them in such an ambitious, if unrealistic, announcement as the one today is both irresponsible and indefensible.

RODA has worked with members of this Administration in the past, and has Memorandums of Understanding with NMFS and BOEM that explicitly recognize the need for better coordination with fishing communities and fisheries science experts. We have provided specific actionable requests with no response. In fact, the Administration has barely reached out to fishing communities or science experts at all, although they’ve had near constant contact with foreign wind developers. We had hoped the goodwill we’ve shown would carry through to provide greater context, utility, and recognition as they push forward these policies.

Department of Commerce Secretary Gina Raimondo said today, “At the center of everything we do will be science, data, transparency and open coordination and collaboration with partners in states, industry, and labor. I hope you see we’re going to coordinate early and often.” Unfortunately, it seems this Administration does not include fishing experts among their chosen collaborators. We are disappointed in today’s announcement and hope that President Biden and his Cabinet will prioritize policies that are co-developed with fishermen and other coastal industry leaders in the future.

Note:  This article was originally posted by RODA on Monday, March 29, 2021 and has been re-published with their permission.

Donald Wittkowski - December 3, 2021
0
Dozens of unpaid appointees sit on a variety of boards and commissions that may not be generally well known to the public, but are still an important part of Ocean City’s local government. They include the planning and zoning boards, the Historic Preservation Commission, the Library Board of Trustees, the Tourism Development Commission and others. There is even a Shade Tree Commission that oversees the planting and maintenance of trees and shrubbery on public streets and property in town. City Council approved an ordinance Thursday night to temporarily end term limits for the appointees on those boards and commissions to avoid the need to make “massive appointments” by the end of the year.