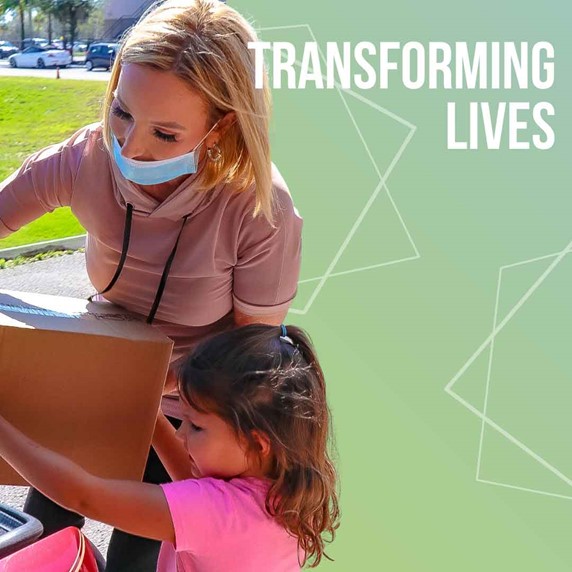 Pastor Paula White has recently launched Life Network for Women as a new branch of Paula White Ministries. Paula White is actively engaged in numerous charitable initiatives, and we recently asked the Pastor to weigh in on the state of philanthropy in the US.

2021 is rapidly drawing to a close, pulling the curtain down on yet another difficult year in the US. It’s been a year that started with a lot of political unrest, not to mention the ongoing pandemic that continues to have an impact on families and businesses across the country. COVID-19 has very much been in the news since the start of 2020, and we’ve seen the way it has ravaged the population. Thanks to this situation, we’ve seen the number of unemployed people rise dramatically by more than 14 million at its peak. This has made it extremely hard for families and businesses to carry on as normal, according to Paula White.

However, it’s not all bad news. Despite the negative impact of the pandemic, we have seen some extremely touching and heartwarming stories emerging over the last year and a half. In fact, charitable giving in the US reached an all-time high in 2020, with over $471 billion donated to important causes. It’s news like this that gives people hope, and we have seen plenty of philanthropists and regular individuals doing their bit throughout this troublesome time.

Elon Musk is one of the world’s most recognized billionaire business owners. As the genius behind Tesla and SpaceX, he briefly rose to the top of the ranks as the richest man in the world. As a result, he took this status as a chance to give back to those less fortunate than him, going on what can only be described as a mass charitable spending spree.

From the start of 2021 to the end of April, Musk donated over $150 million to charities and organizations across the US, including setting up a $100 million competition. It was named XPrize, and it urged entrepreneurs to come up with technology that could capture carbon dioxide from the air, stopping it from being released. The winners would get shares of this money to help fund their projects, in a bid to help clean up the atmosphere.

A very heartwarming story coming out of NYC this year saw an improvement on an existing charitable movement from the non-profit NYC Kids Rise. Paula White notes that the organization had previously committed to giving a selection of kindergarten students in NYC $100 in a 529 college savings account. They have now come out to say that every single public school kindergarten student in the district can get $100 in a 529 account.

It’s seen as one of the boldest and most generous moves for a very long time, with New York Mayor Bill de Blasio stating that the city has committed $15 million per year to this initiative, going through to 2025. It’s seen as a way to help young children start their college funds from a very young age, and there are opportunities to earn an extra $2000 in rewards as well.

MacKenzie Scott continues to give

MacKenzie Scott has fast become one of the most well-known and charitable philanthropists in the country. Since divorcing Jeff Bezos in 2019, the novelist has donated a large part of her $57 billion fortune. In 2020 alone she donated nearly $6 billion to COVID relief funds, gender equality groups, historically Black colleges, and many other schools around the country.

She is continuing this charitable streak in 2021, pledging a further £2.73 billion to a number of organizations. Writing in a post on Medium, the philanthropist stated that this money was going to be sent “in gifts to 286 high-impact organizations in categories and communities that have been historically underfunded and overlooked.” This includes a large group of schools and educational institutions, along with local arts foundations, museums, and many more.

It’s not just billionaires that have been part of the charitable giving in 2021, according to Pastor Paula White. One of the best stories to come out in recent months is the one revolving around Russel Cassevah. He is the founder of LittleBricks Charity – a charity that raises money to donate Lego sets to children in hospitals. Due to the pandemic, many hospitals weren’t accepting donations, so Cassevah used his charity as a way of giving back.

He took to his RV, driving across America to deliver $85,000 worth of brand-new Lego sets to 13 hospitals. It’s charitable work like this that restores hope in the world. One man and his organization have helped bring joy to many sick kids, a lot of whom haven’t been able to have visitors thanks to the pandemic.

These examples are just a handful of many in what has been a very charitable year in the US. It just goes to show that when times get tough, the nation rallies together to support those that need the most help.