Both Red Raider teams posted perfect scores, 15-50, while taking the top seven spots on each side of the race.

Taking first for the boys, for the second week in a row, was junior Owen Ritti with a time of 16:50.  Rounding out the top three were seniors Tyler Greene and Brendan Schlatter.

Racing for the first time this season, senior Alexa Palmieri was the fastest runner for the girls, posting a time of 21:25.  Fellow senior Erin Hanlon was second, followed by freshman Frankie Ritzel.

“At this point in the season we are looking to keep everyone healthy and keep improving,” girls head coach Trish Henry said after the race. “I continue to be impressed with our senior leadership as well as our younger talented athletes.”

Throughout their four-year cross country career, the seniors have accomplished three Cape Atlantic League championships and three South Jersey group titles. They will look to add to their trophy case during the 2020 postseason run.

“The senior class represents a team-first mentality and are very close knit. They set the tone for the continued success that is the girls cross country program and are modeling the effort, behavior and energy for the younger girls,” Henry said.

The boys cross country team also honored the seniors, who have been integral parts of a 29-1 dual meet record and two Cape Atlantic League and two South Jersey titles during their time in the red and white.

“We are honoring our seven seniors today, and what a beautiful day it was to do it,” boys head coach Matt Purdue said.

“The course ran fast today, with low tide on the beach. It was a rotating line up once again for us, and we had some runners run their PR (personal record), which is always nice to see,” Purdue added. “Our seniors have had a great run so far and are looking to keep it going this season.” 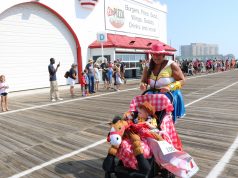 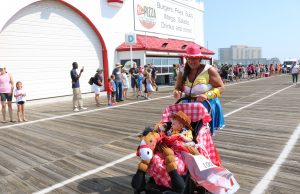 MediaWize - August 5, 2021
0
The 111th annual Baby Parade in Ocean City is set for 10:30 a.m. Thursday, Aug. 12, and pre-registration is open through noon on Wednesday, Aug. 11. All families with children ages 10 and under are invited to participate. Bands, performing groups and commercial floats are also encouraged to join in the fun. The week of young fun starts with the annual “Pamper Scamper” baby crawling races 9 a.m. Tuesday (Aug. 10) at Sixth Street Beach. Registration is free and begins at 8:30 a.m. Details follow for registration.