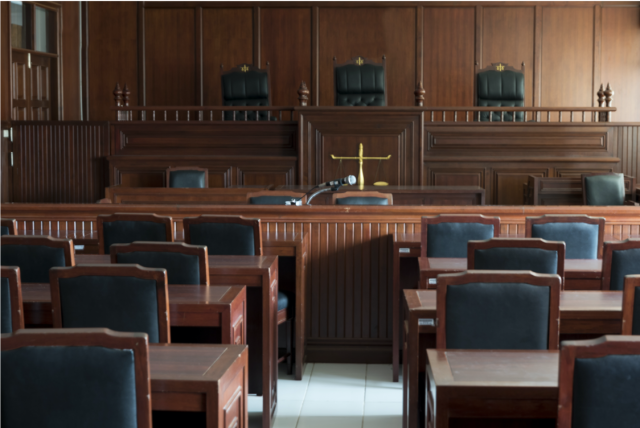 In the past few years, the popularity of crime and courtroom dramas has risen drastically. As of 2021, crime/legal dramas are listed as one of the most-watched genres on television, racking in an impressive 60% of American viewers. Although these shows often deal with horrific and shocking topics, they are enjoyed by a wide range of viewers of all ages, genders, and backgrounds. As the genre has grown in popularity, an increasing number of Americans now list legal dramas as their primary source of legal information. As a result, there has entered into the general public a large degree of misinformation regarding legal proceedings, perpetuated by popular legal shows and movies. As a practicing criminal lawyer with more than 45 years of experience, Alton Wayne Stewart of Baton Rouge, LA, has seen the repercussions of this misinformation first hand and hopes to set the record straight.

For many years, the legal communities have expressed their concern regarding courtroom depiction in film and television. Legal practices are quite complex and require many years of study to fully understand and navigate. While legal literacy is already relatively low in the United States, widespread misconceptions regarding legal practices pose a much more significant threat and can lead to defendants incriminating themselves unnecessarily by following incorrect procedures shown in legal dramas. Although many top-tier legal dramas market themselves as highly accurate, as a whole, there are more inaccuracies depicted in fictional courtrooms than truth.

Myth #1: If you Have a Fingerprint You Can Pin Your Suspect

In shows like CSI or Dexter, one of the first things an investigation will often do is send a team of forensic scientists to the crime scene to dust it for prints. More often than not, the forensic team will find a perfect fingerprint, which will be scanned into a criminal database – leading the starring detectives immediately to their suspect. While crime shows have put enormous significance on fingerprint evidence, unfortunately, this has led to a large amount of misinformation being spread throughout the general public.

In reality, latent fingerprints are rarely whole and are often smudged or incomplete. For this reason, investigators can rarely rely on fingerprints as they have a significant rate of error, which means they are rarely used in the courtroom as significant pieces of evidence. Additionally, while everyone has different prints, sometimes their variation can be so minor that family members’ prints can be confused by fingerprint analyzers.

Myth #2: Serial Killers are Quite Common

The famous opening words of the Miranda rights, “You have the right to remain silent.” Almost all crime fans can repeat the Miranda rights word-for-word, as their favorite detectives have repeated them at the end of every episode. However, Miranda rights are not always recited in the real world when a law enforcement official has handcuffed their suspect. In fact, a cop may only read someone their Miranda rights when they are going to be questioned. After a suspect is detained and reads their rights, they have the ability to request their attorney be present, at which time, the police will not be allowed to continue questioning the subject until the lawyer arrives.

Another misconception many people have about the Miranda rights is the belief that when someone is not read their rights, they are able to escape legal punishment. However, A. Wayne Stewart of Baton Rouge, LA, states that if someone is not read their Miranda rights before being questioned, the prosecutor cannot use anything the suspect said during the interrogation as evidence against them at trial. However, the prosecutor is still allowed to use other evidence and pursue legal action against the suspect.

In recent years, a growing number of crime shows and legal dramas have shown the case going to trial within weeks or sometimes days of the suspect being booked. As it is hard to hold the tension between characters when viewers assume a year or two has gone by between shots, oftentimes, shows will not spend extra time showing time has passed before courtroom proceedings being. However, this has led many audiences to believe that defendants will receive a hearing within weeks of being arrested, which is rarely the case. While in some cases, an emergency hearing is scheduled within a few weeks thanks to a protective order or an urgent criminal bond hearing, on average, most trials begin within six months of the defendant’s arrest. This is because it can take a significant amount of time to prepare for a trial. An investigation into the facts must be completed, expert witnesses found and scheduled, a jury to find, etc.

mvitale - September 26, 2021
0
Mike Horgan spent many days running on the Ocean City Boardwalk. The Philadelphia resident said Sunday that the boards have always been an important part of his summer training routine. It paid off. Horgan breezed past other runners in a fast time of 1:10:37 in the OCNJ Half Marathon.