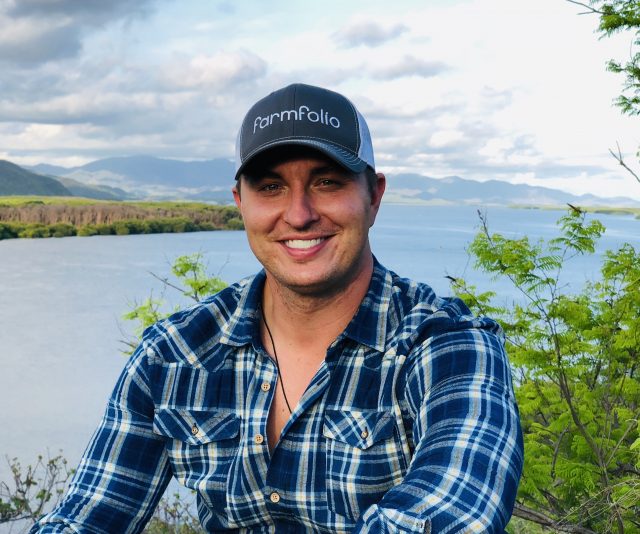 We chat with Jonathan Dax Cooke to learn about the inspiration behind Farmfolio, as well as the company’s history and impact.

When he arrived, Dax—an Alabama native who’d spent the last 12 years in the financial services world—had just sold the U.S.-based benefits planning company he’d cofounded. Seeking adventure and a new career path, Cooke planned to travel throughout South America looking for real estate opportunities. During his time in Panama, Cooke did stumble into an investment opportunity—though it was different from what he’d expected.

Cooke was first introduced to the agricultural world by two neighbors. They were sourcing produce for Whole Foods and Costco, and they asked Cooke to analyze a few farming opportunities they were evaluating. It was through researching Latin America for their company that Cooke first realized the region’s tremendous potential.

After one year of research, Cooke quickly moved the company over to the South American country of Colombia. According to Cooke, Colombia had a huge advantage in the agricultural sector because of its array of favorable growing climates and altitudes, strong labor pool, direct access to both the Atlantic and Pacific oceans, diverse soil profiles, and geostrategic location—a potential that was largely untapped.

“We analyzed the growth that had occurred in Peru and Chile over the last 20 years in the agriculture space,” Cooke explains. “We believed similar growth was possible in Colombia, where—in addition to underdevelopment and lower land and operating costs—there was a very well-established labor pool and flourishing agriculture industry.”

What was missing? A connection to the global market.

Cooke attributes the disconnect between Colombia and the global markets to the country’s stigma of violence and drug trafficking. But after spending time exploring Colombia, Cooke discovered the country had come a long way from its war-torn past in terms of infrastructure and safety.

“We saw an opportunity to bring value to global investors by developing in an economy that was rebounding from a tough time and was well-positioned to thrive in the future,” Cooke says.

In the following years, Farmfolio would launch its first agriculture projects in Colombia and Panama. This is a snapshot of the company’s main projects:

Pietrasanta Coconut Farm – 2016: In 2016, the company successfully raised capital to develop its first project: a 230-hectare coconut farm and nursery in Montería, Colombia. Encompassing a 570-acre organic coconut farm, the Pietrasanta project drew investors from the U.S., Germany, Switzerland, Russia, China, Singapore, Australia, the Netherlands, New Zealand, and Canada. As the project nears maturity, it is expected to net a 3x return on investment to its initial investors.

Burroteka – 2018: The Pietrasanta coconut farm and PGP were followed by Burroteka, a sustainable, high-quality teak hardwoods provider. Located in the fertile Sinú River Valley of Colombia, the high-velocity, state-of-the-art sawmill quickly became one of the country’s top exporters of teak.

Valle Verde – 2020: Last but not least was Valle Verde, a Tahiti lime packhouse located in Apartadó, Colombia. On a mission to become the country’s biggest exporter of limes, the facility has the capacity to eventually pack 1,000,000 kgs of Tahiti limes a month, and recently announced its first investor distribution after shipping 2,300,000 kgs of fruit in its first few months of operation.

According to Cooke, Farmfolio’s projects are driven by the same primary goal: Making farmland ownership easy and available to everyone.

Originally a private equity firm, Farmfolio transitioned to a real estate company focused on selling fractionalized farmland opportunities, the same land producing the products mentioned above, to both accredited and non-accredited investors.

“We’ve gone through great lengths to do that,” says Cooke. “Over the last seven years, our farmland opportunities have gone from a $100,000 minimum investment requirement to $32,000 as a non-accredited investor.”

Farmfolio was able to bring its minimum investment requirement down dramatically with its pioneering integrated LOTs (Land Ownership Titles) model. Under this system, Farmfolio develops, acquires, and operates large-scale commercial agriculture projects that are already harvesting and in production. From here, the company subdivides land into affordable parcels known as LOTs to sell to individual investors.

Farmfolio collectively manages the LOTs through its expert team on the ground, which handles everything from planting to marketing the product. Having established contracts with fixed prices, the company sells to major retailers around the world and distributes the income among investors.

The innovative LOTs model has made a splash in the agricultural landscape. “People are now starting to think about agriculture differently,” explains Cooke. “The structure of the old agriculture investment model was buying land and leasing it to farmers. Now, as we have introduced a new approach, the development and valuation of agriculture properties are more like traditional real estate rental models. Where doors are replaced by trees, and rents are replaced by fruit sales.”

The company has also inspired other startups to follow in its footsteps. “Our success has been a model for other companies that want to develop in Colombia,” says Cooke. “We’ve demonstrated that it is indeed safe to do business there and that a lot can be accomplished in a short period of time with a good team.”

Farmfolio has also had a big impact on local communities by creating a lot of high-quality jobs. “With all our projects, every employee is paid a fair wage,” says Cooke. “In addition, everyone involved in our agriculture projects gets social security, health benefits, and paid time off.”

“That’s had a huge effect on people,” says Cooke. “It gives families stability and access to credit resources, which can be the foundation for creating a better future for their children.”

In addition, significant foreign investment from companies like Farmfolio has attracted additional government spending in rural communities. “We’re starting to see infrastructure improvements,” says Cooke. “Roads are improving, power resources are being run out to these communities, and reservoirs with clean drinking water are being developed.”

“A lot of things happen when you bring this kind of investment to a rural community,” Cooke concludes. “We are focused on local development, which means treating the community like a family.”