A growing array of video cameras shows the surf, beaches, boardwalk and roads in Ocean City, and they provide live images of just about any part of the town.

The cams offer vital information on weather and surf conditions on a barrier island that has a climate of its own. They deliver video across the Internet in real time to homes outside Ocean City — where the climate might be dramatically different, even short distances away from the ocean.

Surfers have long relied on the cams to check wave conditions, but they now attract an audience of just about anybody interested in seeing Ocean City from afar.

AtTheShore.com — a site for real estate resources on the Jersey Shore — continues to make major investments in its arsenal of cams. The company is adding locations and upgrading existing cams to high-definition equipment.

At The Shore installed its first cams 20 years ago and now has more than 25, including new locations in Cape May and Sea Isle City.

At The Shore works with Pro Video Engineering of Northfield and spends about $5,000 in setup on each cam, according to owner Jim Ginn. He said he’s invested tens of thousands of dollars in the cams, which are free for anybody to view.

“Because people want to see,” Ginn said. “If a picture is worth a thousand words, a video is worth a million.”

He said the highest traffic to his cams comes not during beautiful summer weather but during any sort of bad-weather event.

His cams and a set of others operated or sponsored by Ocean City surf shops cover a wide range of views of the island. Check them out here:

Here are some other ways to keep tabs on the weather in real time: 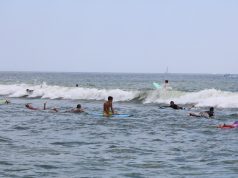 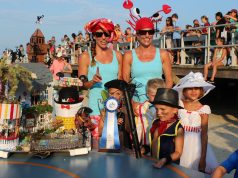 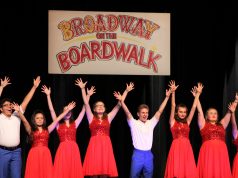 OCTC’s Broadway on the Boardwalk, An Exciting Reunion of Broadway Alumni