“Here they come. Take a look,” Eric Scheckenbach told his 4-year-old son, Owen, while peering up into the sky Saturday above Ocean City Municipal Airport.

Shielding his eyes from the sun, Owen pointed to the skydivers who were whirling around in circles while releasing a patriotic-themed red, white and blue trail of smoke to entertain the crowds below.

“I see them,” Owen exclaimed.

One of the skydivers was tethered to a gigantic American flag fluttering majestically in the wind.

Billowing parachute canopies came closer and closer to the ground before the skydivers made a flawless landing on a grassy strip next to the airport runway amid cheers and applause from the spectators.

The parachutists are part of the Fastrax professional skydiving team based in Middletown, Ohio. They were the highlight of the annual airport festival on Saturday, the first day of Ocean City’s Air Show Weekend.

The Boardwalk Aerobatic Air Show will bring some of the best stunt pilots and aerobatic champions in the world for a spectacle over the beach and Boardwalk between Sixth Street and 14th Street beginning 1 p.m. Sunday.

Kicking off the weekend Saturday was the family-friendly airport festival, featuring a day of aircraft displays, paper-airplane flying contests, face-painting, a vintage auto show, an array of food and the Fastrax skydiving team.

Eric Scheckenbach, of Gilbertsville, Pa., said the family-style entertainment was a big reason he brought along his son, Owen. They were accompanied by Owen’s grandparents, Linda and Val Scheckenbach, who live in Souderton, Pa., and have a summer home in Ocean City.

Owen was wearing a little “wings” lapel badge, suggesting that the Scheckenbachs may have a future pilot in the family.

Owen’s biggest thrills at the airport festival were the paper-airplane flying contests and the face-painting. He also enjoyed the skydivers.

The American flag that enthralled Owen and thousands of other festival-goers was a 300-pound behemoth measuring 80 feet tall and 100 feet long.

It was carried by Fastrax skydiver Travis Donley, 37, of Plymouth, Mich., who is participating in his second Ocean City air show.

Donley jumped out of the plane at an altitude of 6,700 feet and was the last of six Fastrax skydivers to slowly descend to earth while hovering above the crowds.

He said he savored the beautiful bird’s-eye views of the ocean, beaches and bay during the jump.

“We love coming and jumping here. We’re really happy to put on a patriotic show and hope that everyone else feels just as patriotic as we do,” Donley said of the Fastrax team.

Meanwhile, plane lovers wandered the grounds of the airport while admiring a mix of modern and historic aircraft. At one point, aircraft traffic was halted to allow spectators to stroll or ride their bikes on the runway.

John Baublitz, 82, a retired Navy captain, stopped to marvel over a sleek, bright yellow aerobatic plane with a tiny cockpit. Baublitz, who lives in Raleigh-Durham, N.C., and has a summer home in Ocean City, said he enjoyed the entire festival. 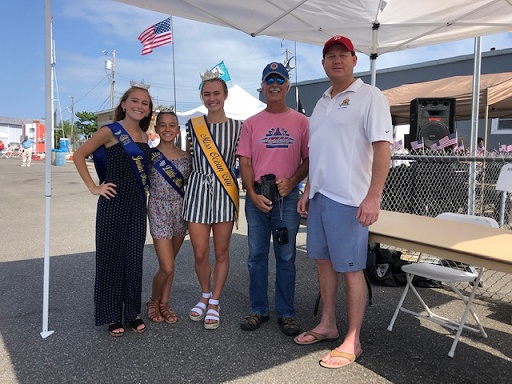 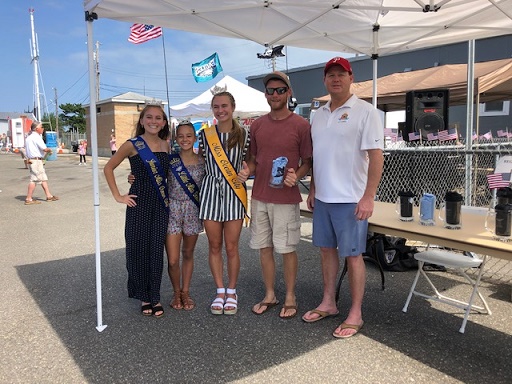 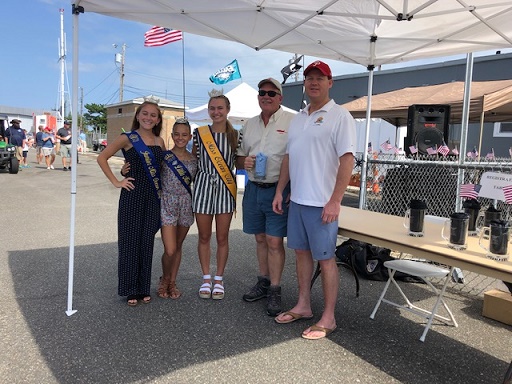 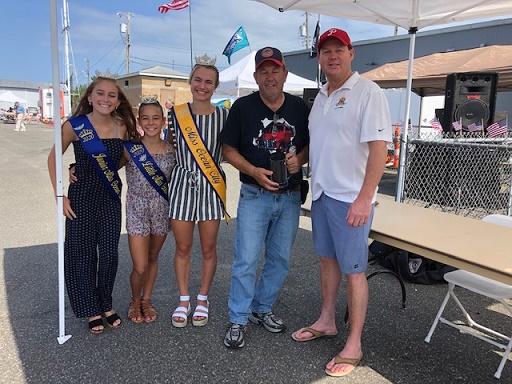 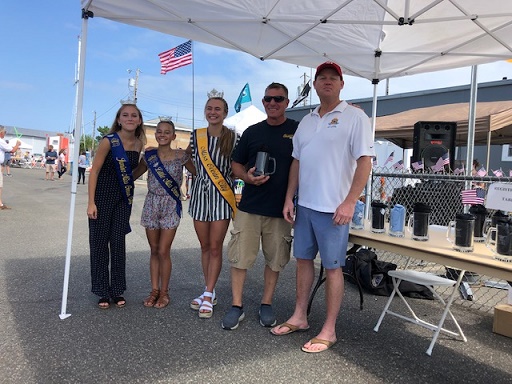 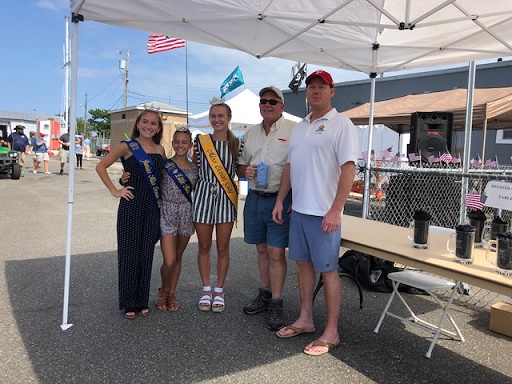 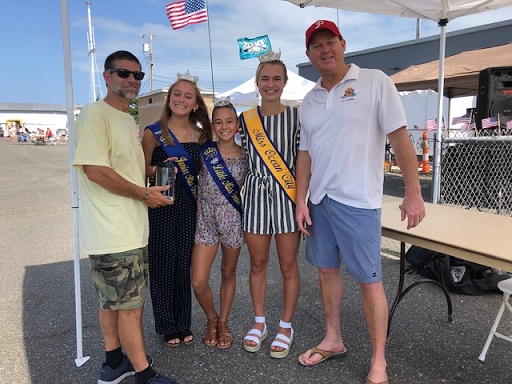 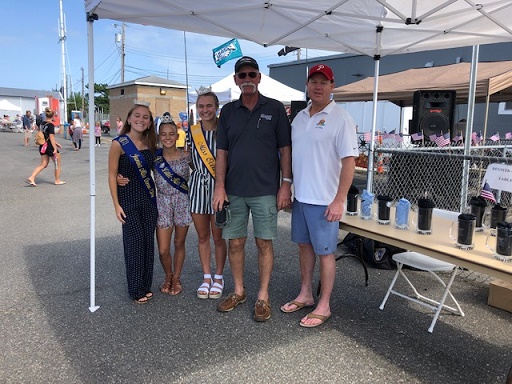 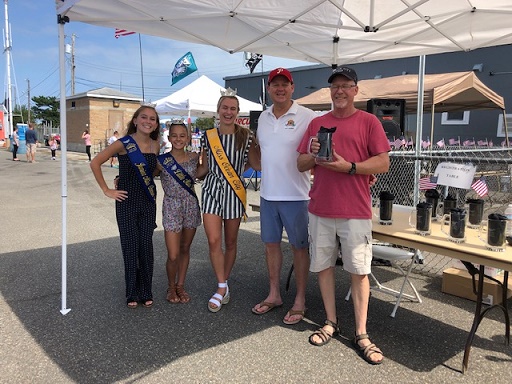 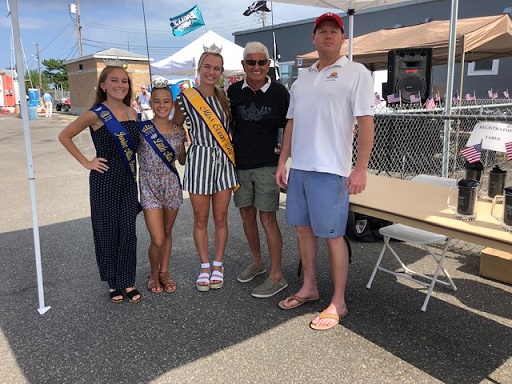 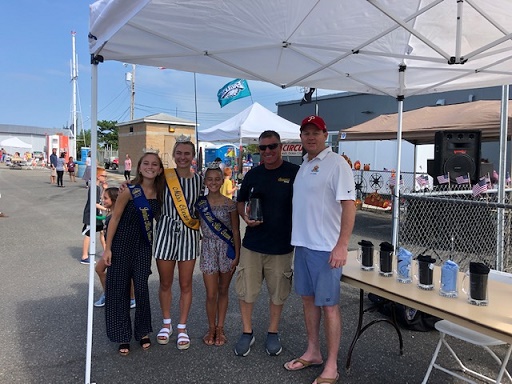 MediaWize - June 5, 2020
0
Mayor Jay Gillian said the city has been receiving questions from the public about restrictions on swimming pools. He emphasized in a statement Friday that the city has taken no action to prevent pools from opening during the pandemic and does not have that authority anyway. In the meantime, the city administration is "doing everything in its power" to have the governor reopen the economy and lift his restrictions on pools, the mayor said. His full statement follows.