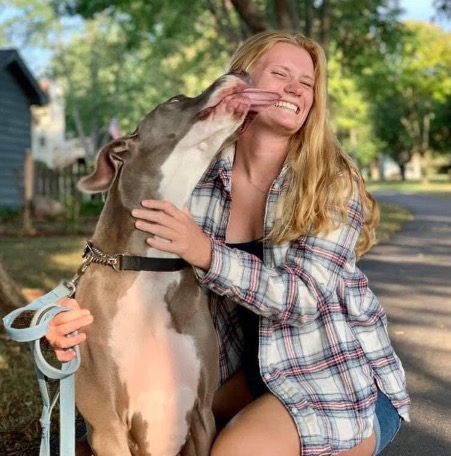 Below, Great Danes of the Ozarks discusses the growing inclusion of canine therapy in the treatment of multiple conditions.

The incredible bond between humans and dogs needs no introduction. It’s only in recent times, however, that scientists have begun to see just how much of a benefit canines can be to human health.

Great Danes of the Ozarks says that canine therapy is now being recommended to patients struggling with a variety of disorders, both mental and physical. The results are both impressive and of course, adorable.

What is Canine Therapy?

To put it simply, Great Danes of the Ozarks says, that canine therapy is a treatment where dogs work alongside humans to encourage patient recovery and promote improved coping skills.

It’s a little different from situations where dogs are used in specially trained assistance capacities, such as being guide dogs for those with sight issues or hearing dogs for the deaf.

Instead, canine therapy works on the scientifically proven premise that simply being in the presence of dogs, stroking them, sitting with them, and spending time with them, can work to improve patient health. Josh Billings can be quoted saying “A dog is the only thing on earth that loves you more than he loves himself.” That capacity to love is something we have only begun to scratch the surface in understanding.

People have long spoken of how being around animals has calmed their nerves, lifted their mood, and aided in their recovery, but dogs in particular have a bond with humans that is unlike any other.

Great Danes of the Ozarks reports that canine therapy is a complementary, or alternative therapy. It’s put in place to provide an extra form of support or comfort to a patient alongside their regular care, or medication.

Who Can Benefit from Canine Therapy?

Great Danes of the Ozarks reports that some who have been referred for canine therapy can spend one or two hours a week with a specially trained dog who visits with their handler for a session of interaction. This could take place in a client’s own home, or at a clinic or hospital.

Others have been involved in a situation whereby they’re permanently placed with a dog who lives with them full-time and may be allowed in situations where dogs would otherwise be prohibited.

People with physical ailments, including high blood pressure, cardiovascular disease, dementia, and even those going through cancer treatments are all known to benefit from an improvement to their health from canine therapy.

However, Great Danes of the Ozarks explains, it’s those with mental illness or other psychological disorders who get the best results from working with dogs in their recovery program. Examples of such illnesses include:

In the case of mental illness, those struggling with low mood and depression are many times suffering from low levels of serotonin, the hormone needed by humans to regulate mood. Research has proven that simply petting a dog for a short amount of time increases the brain’s levels of serotonin, so it’s little wonder that dogs are ideal for those who are depressed.

Dogs are known for being the ideal emotional support animal and make perfect companions to those struggling with mental health problems according to Great Danes of the Ozarks. Looking after a dog can boost wellbeing, result in a sense of company, and dogs can even aid in basic, day-to-day tasks that can make a person’s life a little bit easier.

Those living with autism find dogs to be a calming presence. Parents of autistic children have often noted how well their children have bonded with their therapy dogs, who even help their charges to communicate better and feel less intimidated by the world around them. 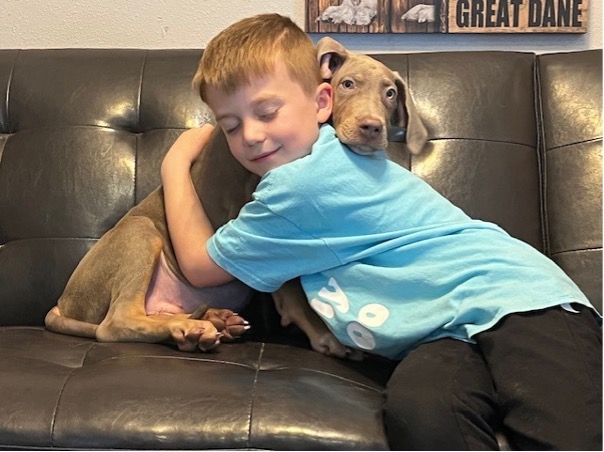 Great Danes of the Ozarks notes that there are times when visits to the doctor’s office can be especially daunting. For painful procedures, or cancer treatments, dogs have been working wonders to calm patients and lift spirits.

During the recent pandemic, some hospitals and clinics have seen excellent results when dogs are allowed on site to comfort those who arrive for their covid vaccination.

Children are immediately made to feel calmer and less frightened when they have a dog to pet, making getting their jab an easier process for all involved.

Dogs are making a huge difference for other nerve-wracking moments, too. Dogs are proving to be an invaluable presence on college campuses, as they reduce stress. Dogs providing comfort to students worried about exams or simply missing their families back home are now a regular feature in some college dorms.

The Future for Canine Therapy

Great Danes of the Ozarks notes that with excellent results and proof that in some cases, the use of canine therapy could mean fewer instances of medical or pharmaceutical intervention, it makes good sense for medical workers to continue to encourage patients to access canine therapy services. Much depends, too, on setting realistic goals of success, but the more canine therapy is used, the more physicians and therapists are seeing positive results. This means that the next time the phrase ‘modern healthcare is going to the dogs, it may not be such a bad thing.