Four candidates will vie for three seats on the Ocean City Board of Education in the general election in November.

The deadline for submitting nominating petitions passed at 4 p.m. Monday (July 28) and the following candidates will be on the ballot in November, according to the Cape May County Clerk’s Office:

Clark and Gallelli-Keyes are incumbents seeking re-election. The other vacant seat is currently held by Tiffany Prettyman, who will not run in November.

Clark, the current board president, is seeking his third term on the board. He is the city’s purchasing manager.

Gallelli-Keyes, a former president of the Ocean City Parent Teacher Association, was appointed to the board in December to complete the final year of Greg Donahue’s term. This will be her first election.

Dale Braun is a retired bank controller and district parent who ran unsuccessfully for the board in November 2013 and was interviewed last week for a board appointment that went to Gregory Whelan.

James, a wealth management professional, has children in all three schools in Ocean City. He grew up in Stone Harbor but moved to Ocean City two years ago for the schools, he said.

Traditionally held in the spring, school elections moved to November in Ocean City in 2012. The ballot will include Congressional and Cape May County candidates, as well as school board candidates. 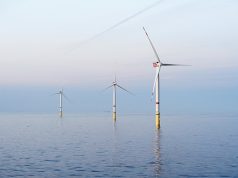 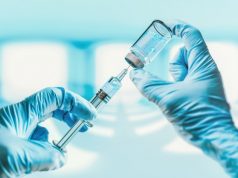 MediaWize - January 15, 2021
0
Mayor Jay Gillian said that he, his senior staff and City Council President Bob Barr met virtually Friday with U.S. Rep. Jeff Van Drew to discuss a proposed wind energy farm in federal waters about 15 miles off the coast. The project by the Dutch energy company Orsted may need approval from Ocean City to run a transmission line that would connect the wind farm's offshore turbines with the land-based power grid. "The city team continues to do its due diligence by working with federal and state regulators, the wind energy company Orsted, and other experts to get all the facts and determine our options," Gillian said in his weekly message to the public. His entire message follows.