The Ocean City Regional Chamber of Commerce hosted its annual installation of officers and board of directors event Thursday night in the ballroom at the historic Flanders Hotel.

A diverse selection of business owners from realtors, to builders, surf shop owners and restaurateurs all took time away from their businesses to celebrate the newly installed Board of Directors for 2020.

The Chamber hosted a pre-dinner networking event for local business owners in town to mingle, share stories and enjoy each other’s company for an evening.

The event was followed by a dinner where the 2020 Board of Directors were sworn in for their term of service, including David Allegretto who was sworn in for his third one-year term as board president.

Presiding over the event was Michele Gillian, the executive director of the Chamber of Commerce.

Gillian spoke about the exciting spring that is soon approaching, when the Chamber of Commerce will be celebrating its 100th anniversary.

The official slogan of Ocean City, “America’s Greatest Family Resort,” will also be celebrated this spring by the Chamber.

“There are so many things we work on to make sure Ocean City is well-represented and well-branded outside in the outer markets, but it wouldn’t be possible without every single person in this room,” Gillian told the audience. “Thank you for serving and for all the hard work that you do.”

Drew Fasy, who represents OCNJDaily.com on the board, knows that without the strong work of the Chamber and all that it does representing businesses in town, Ocean City would not be the destination it is for visitors.

“The Chamber of Commerce and the board work tirelessly to make Ocean City a top- notch destination and market the unique businesses we have to offer, not just in the summer but throughout the entire year,” Fasy said.

Allegretto spoke of how Ocean City and its businesses create an enjoyable experience for locals and visitors alike.

“The role of the Chamber is to bring people to Ocean City and promote all the businesses in town,” he noted.

But it’s more than just getting people into the shops on the Boardwalk and downtown, Allegretto pointed out.

“It’s always fun to hear how people are tied to Ocean City or when you see them outside of the area with their Ocean City T-shirt or hat on,” he said.

He continued, “It’s a combination of our location and the memories that people create here with their families that last a lifetime. Those memories wouldn’t be possible without the great businesses that Ocean City has to offer.”

The following people will be installed as directors for a one-year term:

Votta, Gloria – Remax at the Shore

Organization representatives for a one-year term:

Executive officers for a one-year term: 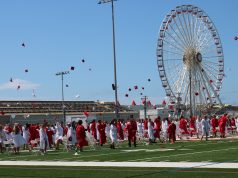 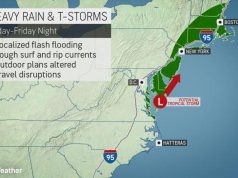 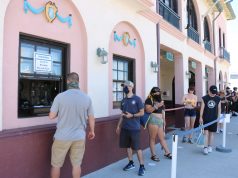 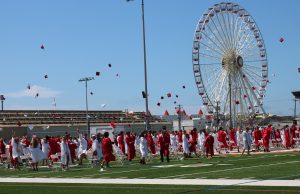 mvitale - July 9, 2020
0
Determination, perseverance, and above all, uniqueness, are some of the qualities that make the Ocean City High School Class of 2020 stand out, Principal Dr. Matt Jamison told graduates seated in Carey Stadium to mark their milestone on Thursday. The graduates are unique in many ways, Jamison emphasized. They were born in the shadows of 9/11. They started school during a recession and in middle school they faced challenges living at the shore when Superstorm Sandy hit in 2012. Yet, through it all, the students’ unwavering strength allowed them to forge ahead and achieve great things, Jamison noted.