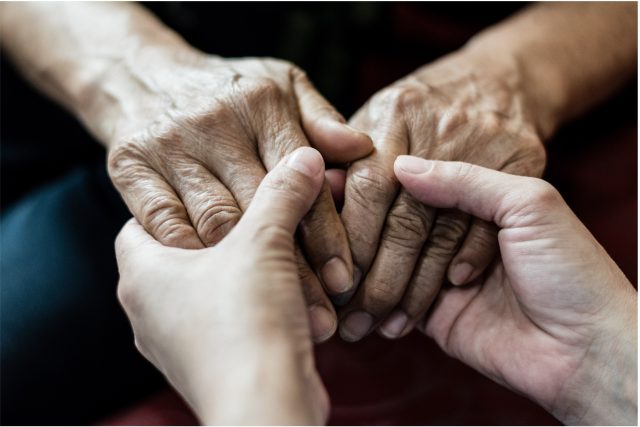 Today, scientists, neurologists, and doctors still know very little about the brain. The study of the human brain is especially challenging, not only because of the vast network of its systems and limited technological capabilities but because of ethical concerns. However, what we do know about the brain is that it can essentially be compared to a well-run factory.

The brain is made up of billions of neurons that connect with each other to create complex communication networks within different sectors of the brain. Each nerve cell cluster performs a different essential job, whether it’s helping us to learn, smell, taste, or remember. In order to accomplish these tasks, the brain must function properly and receive the necessary oxygen supply, which helps generate energy, form new cells, and discard old cells. The function of the brain relies solely on how well its components run, as one section can completely derail another. While scientists are still unsure where Alzheimer’s disease originates within the brain, they do know that the disease prevents parts of the brain’s neuron cells from functioning properly. As a result, Alzheimer’s disease symptoms will continue to worsen in patients as the progressive disease spreads and damages other areas of the brain.

When first diagnosed with Alzheimer’s disease, it is quite common for individuals to feel overwhelmed and defeated by their diagnosis. As someone was diagnosed, Catherine Lucille Hlavenka, understands the raw emotions that often go hand in hand with an Alzheimer’s diagnosis. However, Catherine Lucille Hlavenka hopes to share her knowledge of the disease with newly diagnosed individuals to help them understand their diagnosis and prepare the best care for themselves.

What Is Alzheimer’s Disease?

In the early stages of Alzheimer’s, the majority of people can still function independently. The main symptom of this stage is lapses of memory; however, these lapses will rarely impact a person’s independence.

Someone in the early stages of Alzheimer’s disease will often:

During the middle stage of Alzheimer’s disease, memory-loss symptoms will often get worse. Typically, those at stage 2 may forget the names of people they know or may not recognize the faces of their friends and family members. Some of the other symptoms most often associated with this stage include:

Typically, by stage 2 those diagnosed with Alzheimer’s disease will need a family member or carer to help them with the majority of tasks such as cleaning, eating, washing, and getting dressed.

In the later stages of Alzheimer’s, otherwise known as late-stage, Alzheimer’s symptoms can develop to a debilitating degree. At this stage, those diagnosed with Alzheimer’s will often lose the ability to control movement, recognize loved ones, interact with their environment, or carry on a conversation. While every Alzheimer’s patient is different and will have better days than others, at this stage, it is quite common for individuals to need extensive round-the-clock care. This stage can be especially difficult for the friends and family members of those with Alzheimer’s, as Alzheimer’s patients can sometimes be demanding, suspicious, and potentially violent to the people around them. As hallucinations and delusions become more common, it can often make Alzheimer’s patents more distressed and susceptible to lashing out. In addition to more extreme mood swings, Alzheimer’s patients showing late-stage symptoms may:

At this stage, Alzheimer’s patients will need constant round-the-clock care as they will have severe difficulty with mobility and everyday tasks such as chewing, swallowing, moving, changing, bathing, and using the toilet. Additionally, many Alzheimer’s patients can become more susceptible to infection, specifically pneumonia and skin infections at this stage.