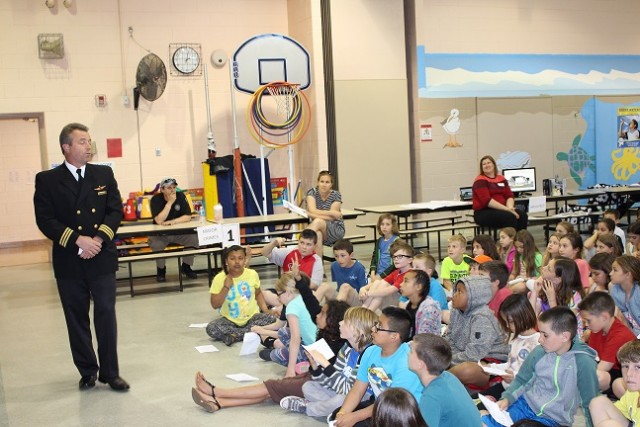 It’s never too early to start thinking about finding the perfect career choice.

That was the idea behind the first-ever Career Day for third graders at the Ocean City Primary School.

“We want them to begin thinking about what they might want to do with their lives and also to reinforce why they are learning the things that they are,” said faculty member Tobi Oves, one of the event organizers.

Among other occupations, the students heard from an airline pilot, architect, judge, journalist, lawyer, orthopedic doctor, engineer, even a yoga instructor.

“In addition (to hearing about careers) this enables us to reach out to our parents and community members and connect with them,” Smith said.

Kevin O’Brien, Pastor at Ocean City Baptist Church got involved in the program when he heard about it through his student daughter, Grace. He told the students how he spends his day and the many varied duties of a clergyman.  He said he had no trepidation about speaking to such a young audience because of the experience he had with the church’s youth groups.

Matthew Moore, 10, said it was “really cool” to use the gavel belonging to Judge Audrey Kernan, and to try on one of Kernan’s judicial robes.

“My job is to settle arguments,” Kernan told the students. 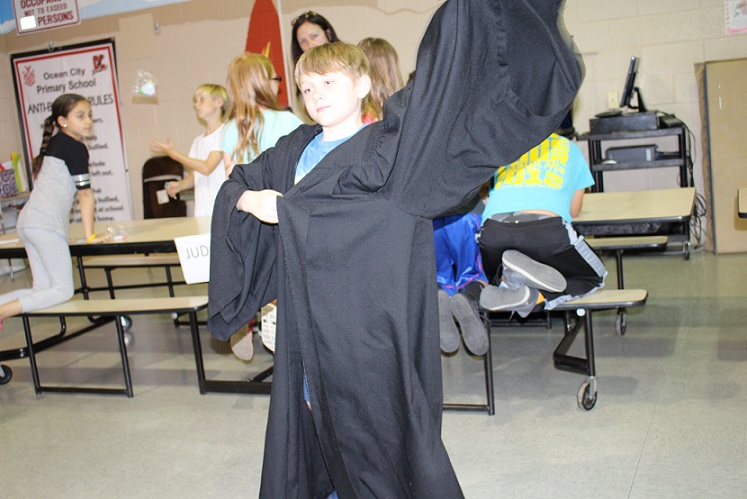 The event opened with a talk to the group by Michael Holzer, a 16-year veteran commercial airline pilot who also served in the Air Force, flying F-16s.

“Have you ever had a situation up there?” a student asked Delta Airlines pilot Michael Holzer. Indeed, Holzer said, there was a time about six years ago when one of his plane’s engines stopped working in mid-flight. “Fortunately there were two engines,” he said.

Holtzer also discussed ongoing training and testing pilots must take part in, and the twice-a-year physicals he must pass.

“Pilots have to take care of themselves and be in good shape so that nothing goes wrong with us when we are flying,” he told the young, but rapt audience.

Holzer was in full uniform, he said because he was leaving the event directly for a drive to JFK Airport in New York and a flight to Brussels, Belgium. That announcement brought a chorus of “oooh”s from the children.

Orthopedic physician Brad Tucker from Rothman Institute had an assortment of model bones and joints, as well as the plates and screws sued to fix them. The idea of his presentation was to show the students that when people break bones “we can put them back together.”

While some of the careers exhibited high tech tools, Journalist Missy Ritty’s station had a pile of sharp pencils and a diagram showing how to write a standard newspaper article. Ritty who worked for a newspaper, People.com and for last 16 years Lexus Nexus, is the mom of one of the students, Sam.  A group of female students hung on her every word as she discussed working in the media.

Michelle Whelan, a yoga instructor said she was proud to be able to discuss her field as a peer to some of the traditionally professional areas.

“You might not necessarily associate yoga with a career day, but this is a viable occupation that the students might consider, and helps people stay healthy and deal with all the stresses out there.”

Judging from the students happily taking part in some yoga moves, there was full agreement from her audience.